'When you help out someone and they sleep peacefully, that's the best feeling' 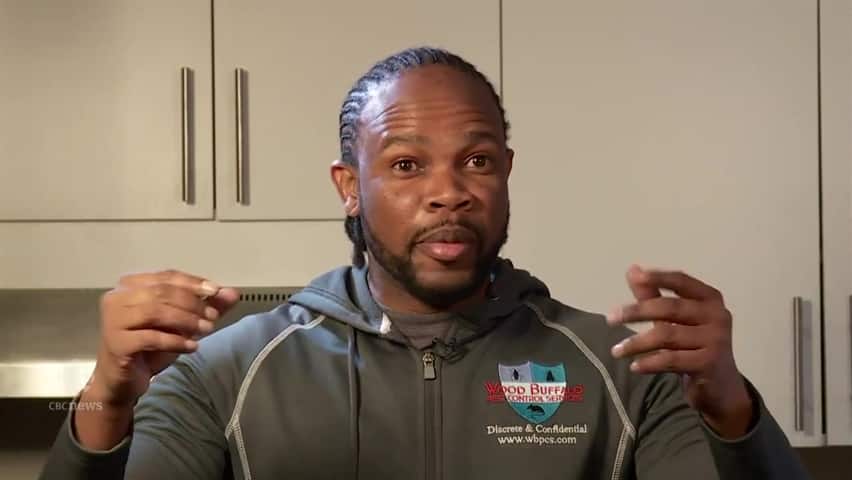 Nahason Zauana finds joy where most other most people find revulsion.

Zauana came to his job in a most unlikely way.

A decade ago he came to Canada as a refugee from Namibia, where he had faced persecution.

His first night away from his homeland was far from peaceful. In the morning he found strange bites on his body. A doctor told him he had encountered bedbugs, something unheard of in Namibia.

"I thought since I was a victim myself of bedbugs, let me try to also help other people out since I was in that kind of experience," Zauana said.

"I enjoy my job and I enjoy what I am doing. At the end of the day when you help out someone and they sleep peacefully, that's the best feeling ever."

Confessions of a fumigator

Zauana operates discreetly to protect customer privacy. "Discreet and confidential" are on the logo of his company, Wood Buffalo Pest Control Services.

Instead of lugging a fumigation canister, he shows up to clients' homes with a suitcase. He jokes that neighbours think he's moving in.

Not that a vermin infestation is anything to be embarrassed about or a sign of uncleanliness, Zauana said. He's seen problems in spotless homes.

He showed CBC videos and pictures of the worst cases. One video shows clusters of cockroaches on a ceiling. Another shows roaches scampering around inside a vacuum's clear dust canister after Zauana sucked them up.

One shows bedbugs clinging to a sheet that's dotted with bedbug droppings and blood stains.

Don't be a victim

Zauana said the obvious way to avoid having to calling him is to keep surroundings free from food and garbage. Also, he urges:

Zauana also remembers the tragic death of an eight-month-old Fort McMurray girl in February 2015 after investigators discovered the family used phosphine tablets to get rid of a bedbug problem.

The poisonous insecticide was brought into Canada illegally. ​