An Edmonton store is a throwback to a simpler time when photos were taken by clicking a camera and manually winding the film. 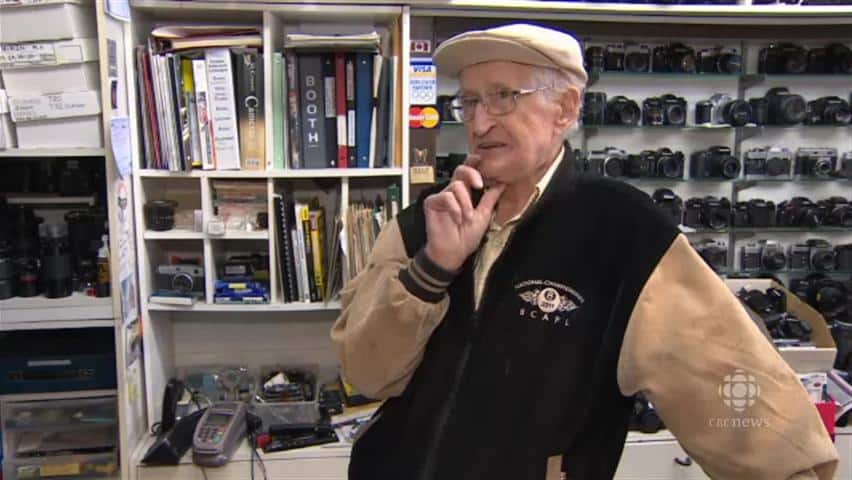 7 years agoVideo
2:22
Wally Franiel recounts running into a former German officer who interviewed and threatened him when he was a young man during World War II. 2:22

When people take a photo these days, they grab their smartphone, snap the image and upload it to Facebook or Instagram.

But an Edmonton business is a throwback to a time when photos were taken by clicking a camera and manually winding the film.

“It's like driving an old car, right?” said Wally Franiel of Wally’s Classic Camera Exchange on 118th Avenue. “Have to shift your own gears.”

Franiel sells digital cameras but most of his stock is hard-to-find classics from the 30s, 40s and 50s.

He says some of his customers are younger and curious about the older technology.

“Around twenty-ish because they never shot film before and they want to try it and have fun.”

Franiel is just as fascinating as the old cameras he sells.

The 83-year-old is originally from Poland. He tells a story of when a German soldier accused him of being a Jewish spy during World War II.

After two hours of interrogation with a gun to his head, Franiel was let go.  A decade later, when he was living in Calgary, Franiel came across the same man who had threatened to kill him.

“He recognized me and he took off and I was chasing him for two blocks,” Franiel said.

“I almost had him. And then something in my head said "Why am I chasing? What can I do to him?”

Franiel has no plans to retire. He plans to keep his shop open for as long as he can keep paying the rent.