Edmonton Police Chief Rod Knecht is defending his recommendation to fire a constable for not admitting to an office romance when another constable was docked three weeks' pay for repeatedly using a Taser stun gun on a teenager. 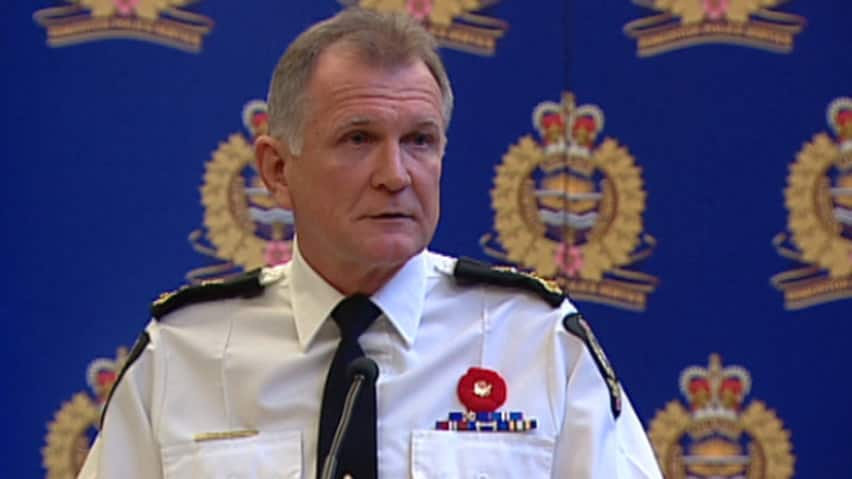 Edmonton Police Chief Rod Knecht is defending his recommendation to fire a constable for not admitting to an office romance when another constable was docked three weeks' pay for repeatedly using a Taser stun gun on a teenager.

Const. Janice Fitzgerald was dismissed on Oct. 31 after a disciplinary hearing ruled that she wasn't forthcoming about her relationship with her sergeant when she was interviewed by investigators from the professional standards branch.

Five days later, Const. Mike Wasylyshen was suspended for 120 hours without pay for using a Taser stun gun eight times on a teenager who was passed out in the back seat of a car.

The disparity in these penalties has raised questions among critics. Knecht said he recommended termination in the Fitzgerald case on the basis that the adjudicator found that she was deceitful.

"I can tell you it had nothing to do with the fact that the person was a female," Knecht said Friday in his first remarks on the matters.

"I would say at the end of the day, I don't think the public or our members, or myself or the media accepts deceit from their police officers."

While the chief's office recommended a suspension of 115 hours in the Wasylyshen case, Knecht said during the news conference that he didn't believe that was made during his tenure as chief.

However, Knecht later checked and found that he recommended that Wasylyshen receive a suspension without pay in the range of 100 to 135 hours.

The Edmonton Police Association plans to appeal the Fitzgerald dismissal.

"We completely disagree with the fact that she was dismissed because she was a good officer and she had a long record of positive performance reviews," said association president Sgt. Tony Simioni. "And most definitely there will be an appeal."

Fitzgerald later married her superior officer. He retired from Edmonton Police before any disciplinary action was taken against him.