The freeway connecting east and west Edmonton opened with much fanfare, 24 years ago. 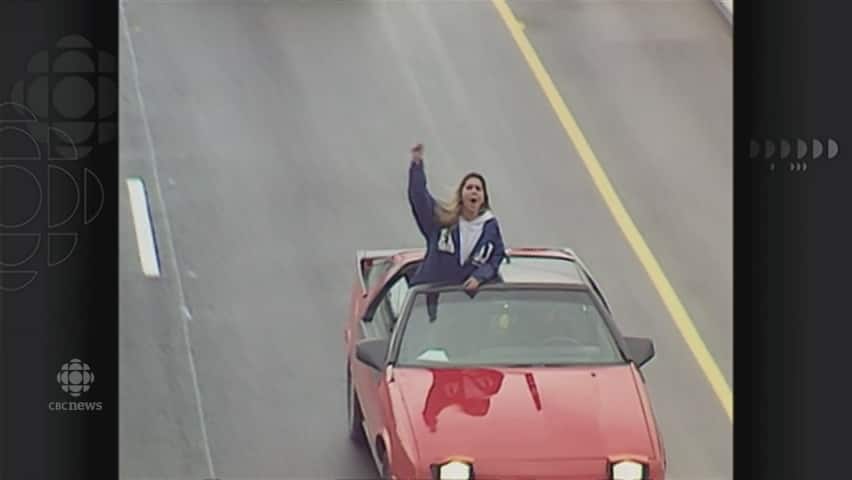 FROM THE ARCHIVES: Whitemud Opens

In anticipation of the opening of the newest section of Whitemud Drive 24 years ago, hundreds of cars lined up, some for two hours, to cruise the freshly-paved asphalt.

When the barricades were removed, cars began streaming over the new roadway.

Construction on the section had taken 3½ years, during which motorists had been frustrated by detours and delays.

Once completed, Whitemud Drive offered quicker access between southeast and west Edmonton, but some drivers felt the 80 km/h speed limit was too low.

One driver pointed out the speed limit on Calgary's Deerfoot Trail was 100 km/h.

However, city planners said they had to consider the large number of ramps feeding onto the Whitemud, but might consider raising the limit to 90 km/h.

William is an award-winning writer who has covered events in Vancouver, Beijing, and Edmonton. Video is now his medium of choice to present the news.