The first Big Valley Jamboree was set to go ahead rain or shine, but many weren’t prepared for snow. 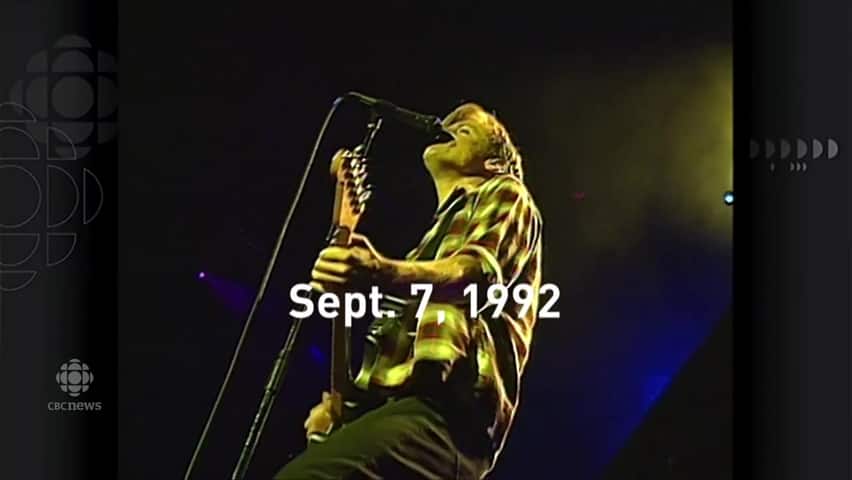 The first Big Valley Jamboree was set to go ahead rain or shine, but many weren't prepared for snow.

The 15,000 campers setting up their tents for weekend ended up in a sloppy field of snow and mud when the frosty weather moved in.

Many would-be concertgoers decided to pack up and leave.

For those who stayed, a fortunate change in weather brought the sun and some of the music world's biggest stars.

Bryan Adams, Sass Jordan, Extreme and the Steve Miller Band all took to the stage on Labour Day, 48 hours later than originally planned, to the delight of fans.

"This is excellent. I've never seen so many people together and I wish this was my backyard," said one festivalgoer.

The Big Valley Jamboree was moved to Camrose, Alta. in 1993 and in 2017 celebrated its 25th year at the new location.

In the video, the CBC's Holly Doan shows how the snow couldn't stop the first and only Big Valley Jamboree to be held in Big Valley, Alta.