Can't find firewood? The Alberta market is hot and COVID-19 is to blame

Firewood sales are booming and Alberta suppliers say they’ve never seen anything like it. 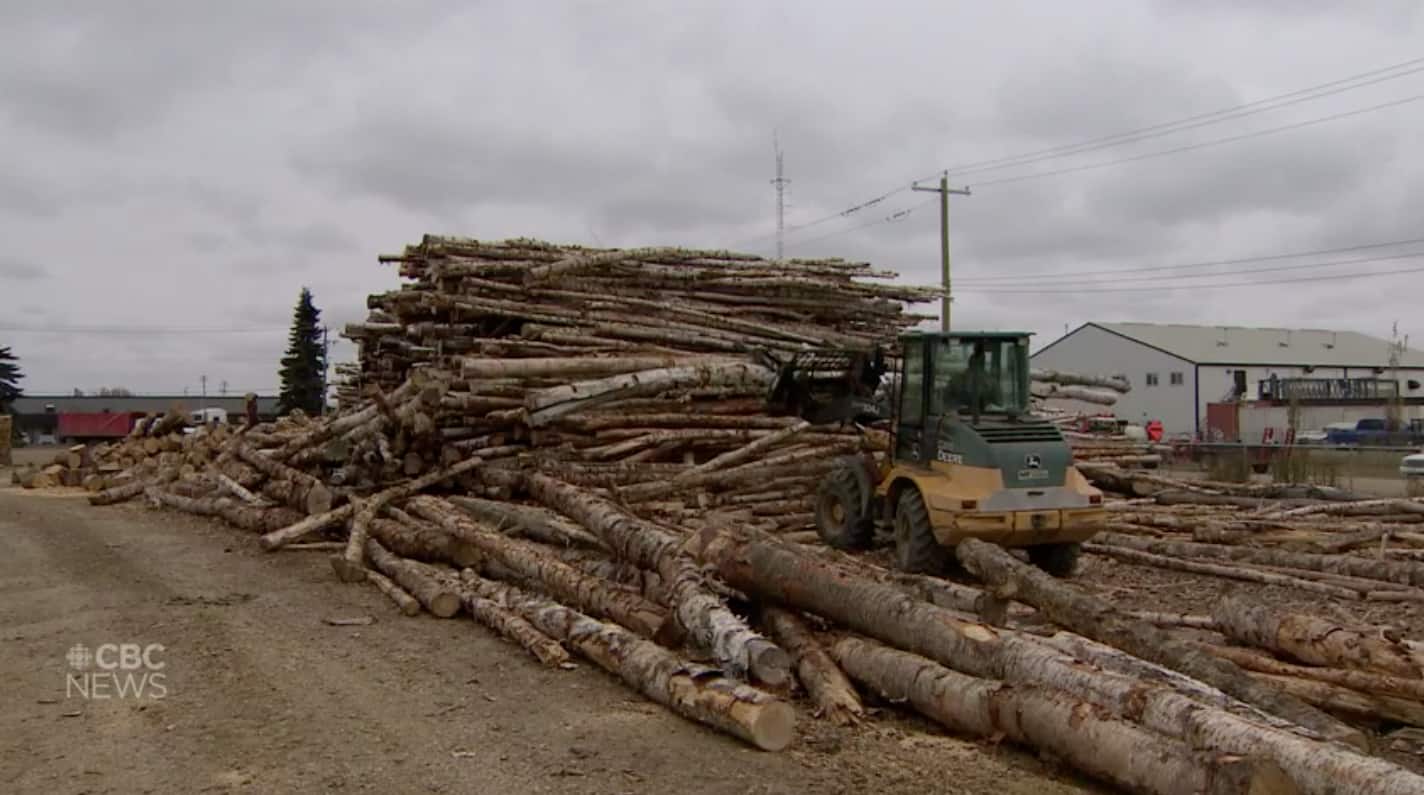 'We will be selling out'

Firewood sales are booming and Alberta suppliers say they've never seen anything like it.

Spring is normally a slow season for Alberta's firewood suppliers, but this year, demand for their product shot up early and has remained high.

The phone calls and online orders started piling up at Spruce Grove's Woodman Firewood in April.

Sales doubled, so owner Tyler Cotter ordered more logs and hired additional workers. Staff started working weekends and racking up overtime, and the busy season has yet to end.

Radio Active8:50Stocking up on firewood for the winter might be a little tricky.
Firewood suppliers are selling out. Find out why when we talk to Tyler Cotter from Woodman Firewood. 8:50

Darren Hinkel, who sells firewood through his Spruce Grove landscaping firm, the Black Dirt Company, said October sales have been double, perhaps triple, what they were in the same month of last year.

Sales also shot up at Calgary-based Maverick Canada Firewood. Pierce Achtymichuk, the company's head of operations, estimates demand for firewood in the province could be 10 times higher than the available supply.

"I've been in this business for over 20 years and I've never seen a situation like this," he said.

Suppliers attribute the trend to the COVID-19 pandemic, which changed consumer behaviour.

In March and April, Albertans spent more time than ever in their homes, stoking their fireplaces.

Then in the summer, they gathered around backyard fire pits and made campfires in parks and on public land.

Most Albertans heat their homes with natural gas, but firewood suppliers say customers are stockpiling wood as a comfort during what could be a long winter.

James Moore, who handles firewood sales for Brickwood Landscaping in Thorsby, said new customers are telling him they usually travel every winter but have cancelled those plans.

"They're trying to stay occupied in the wintertime, so they're buying firewood," he said.

Though grateful for the sales spike, the industry's characteristically small businesses have struggled with supply chains during the pandemic.

Stocks of other pandemic staples — like toilet paper and hand sanitizer — replenished quickly, but industry players say consumers should not expect the same of firewood.

Forestry was declared an essential service in Alberta and British Columbia, but the initial shutdowns led to staff reductions. And pandemic restrictions like physical distancing and quarantining further reduced the industry's productivity.

Rainy weather made a bad situation even worse, as loggers' trucks got stuck in mud.

Jayme McCaffrey, who owns Sparks Firewood northeast of Edmonton, equalled last year's sales within the first seven months of this year, but he stopped selling bags of firewood at grocery stores and gas stations because he could not source enough inventory.

Another challenge for suppliers has been drying out wood, explained Toso Bozic, an agroforester and woodlot specialist who runs a consulting company in Edmonton.

Standing timber has between 45 to 65 per cent moisture, but that percentage needs to be much lower, between 20 to 25 per cent, for firewood to burn properly.

Even suppliers who dry their wood in kilns cannot do it fast enough.

Since it takes between six to eight days to run one load of wood through a kiln, Achtymichuk said he is currently fulfilling only a quarter of the orders he wants to. The rest are on a wait list, which he fears could lengthen if people start panic-buying.

Sell out or sacrifice seasoning

Firewood suppliers are already selling wood that is not fully seasoned, meaning wood is more wet and consumers will have to spend more time tending to their fires.

"There's only so much dry wood left at this point," said Cotter, who expects to sell out in four-to-eight weeks.

Other sellers' supplies will last longer, but no one expects the market to return to normal anytime soon.

"This situation is not going to resolve itself this winter," Achtymichuk said.

"It's just going to get worse."