An Edmonton man says his terminally ill 80-year-old father suffered for weeks, then died in terrible pain in rural Alberta after Covenant Health hindered his access to an assisted death.

An Edmonton man says his terminally ill 80-year-old father suffered for weeks, then died in terrible pain in rural Alberta after Covenant Health prevented him from accessing assisted-dying services in the way that accommodated his declining condition.

"My dad wanted another option," Wallace said, referring to an assisted death. "And it was restricted and denied him."

Wallace is troubled that a religious policy of Covenant Health, a Catholic health provider, superseded his father's wishes for when and how he died.

"It is probably going to stay with me for a long, long time," he said, adding his father's death was controlled "by somebody that wasn't even the denomination of his faith."

Gerald Wallace's case is the fourth to emerge in a CBC News investigation into how Covenant Health's policy and position on medical assistance in dying (MAID) has traumatized patients trying to exercise their legal right to the procedure.

The Camrose man's ordeal differs from the others, however, in that he was ultimately unable to get a medically assisted death. Wallace had pancreatic cancer and was in pain and so weak he could barely move when he died on Nov. 18, 2017.

It will sometimes allow patients to access those services on site, but it is always up to Covenant's discretion. In 2016, Alberta Health Minister Sarah Hoffman exempted Covenant from having to provide access to MAID services. 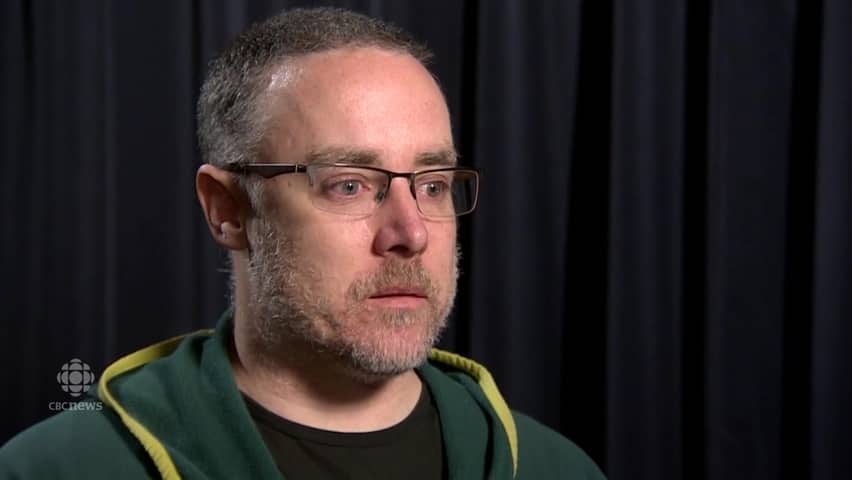 'It was restricted and denied him'

Covenant's enforcement of its policy has created increased suffering for some patients: a 66-year-old ALS patient who was wheeled out to the sidewalk for her MAID assessment; a paralyzed, 72-year-old man who ended up signing his request form in a bus shelter; a rural Alberta patient who nearly bled out and dying of natural causes after Covenant delayed access to MAID services.

Heisler said the health provider reviewed them at the time — the latest incident CBC News reported occurred in May 2017 — and acted on "new opportunities to reflect, learn and improve," with no incidents in "at least the last year."

"It's right here," he said, fighting back tears. "It is not the past for me and it is certainly not historical."

Diagnosed with pancreatic cancer in the summer of 2017, Gerald Wallace had only one nearby option: St. Mary's Hospital, a Covenant Health facility.

Adjusting to hospital life was difficult for Wallace; his son describes him as a proud and loving family man with fierce independence, the product of his British working-class upbringing.

The prognosis was grim. Wallace tried chemotherapy but stopped nearly immediately because it made him feel ill. As the cancer ravaged his body, he decided to pursue a medically assisted death.

But Paul Wallace said his father's pursuit of an assisted death "hit the wall" when it came time for the AHS assessments.

Getting a doctor to commit several hours of their time to travel to rural Camrose for an assessment was difficult. The situation was aggravated because the assessment had to be done in the morning, when his father was most lucid.

A solution was to do the assessment via Telehealth video conference, an option AHS supported and considers acceptable.

But Wallace said a doctor told him Covenant would not allow that option.

"The doctor there said, 'Well, we would prefer not to have your dad reviewed or assessed via Telehealth because we don't feel that is a fair representation of your father's current health,'" he said.

Wallace said he was confused by that rationale, since Covenant Health had no problem with an Edmonton oncologist assessing his father's condition using Telehealth.

"It seemed judgmental. It seemed unfair," he said.

In an emailed statement, Covenant said it is understands video conference assessments are an acceptable option, but "the decision whether to use this technology is based on the medical and physical condition of the patient and their ability to meaningfully participate in the assessment in a safe and comfortable way."

Dying in pain was "my father's nightmare": son

Wallace said Covenant Health had no problem with an on-site assessment. But for weeks, the family had no success arranging an appointment with an AHS doctor.

Eventually, the family had to move the elder Wallace to a nearby extended care home.

Paul Wallace said they finally managed to get a doctor from Wetaskiwin to assess his father in person, but he couldn't come until the evening. He was not lucid by that point. The doctor was unable to perform the assessment.

His condition deteriorated even further. Days later — about five weeks after he had requested an assisted death — Wallace died from his cancer.

His son said one of his father's greatest fears was dying in exactly the way he did.

"His mother, when he was younger, died of breast cancer in Britain, in a great deal of pain," Wallace said through tears. "So part of my father's nightmare was to have cancer and to die in pain."

University of Calgary medical bioethicist Juliet Guichon said since Covenant is publicly funded, it should offer lawful medical procedures, including MAID. She said if the health provider refuses to do so, it should "get out of the way."

"But to limit a person's ability to be assessed suggests that Covenant Health is actually participating in the practice because it has taken a stand," Guichon said. "It is saying, 'This method is not the right way to assess.' "

"So either it is 'in' medical assistance in dying, or it is 'out,' " she continued. "But if it wants to be 'out,' then it should allow others to do what it says it will not do."

Hoffman told the legislature she expects the new policy will allow all patients to undergo MAID assessments on Covenant property. She said she will enact her own policy if she is not satisfied with Covenant's new one.

Given Covenant's negative response to a video-conference assessment, Paul Wallace said a new policy alone would not necessarily have addressed the access issues that he feels prolonged his father's suffering.

"I'm not confident this will be a quick solution," Wallace said.

His father should have been able to receive the assisted death he wanted, he said.

"My dad would have passed on his own terms, and saved four to five weeks of pain and sadness, and just having everything pulled away from you."

If someone you know has had a similar experience, please contact us in confidence at cbcinvestigates@cbc.ca.