The first phase of a network of protected bike lanes in downtown Edmonton will be open to cyclists Friday afternoon. 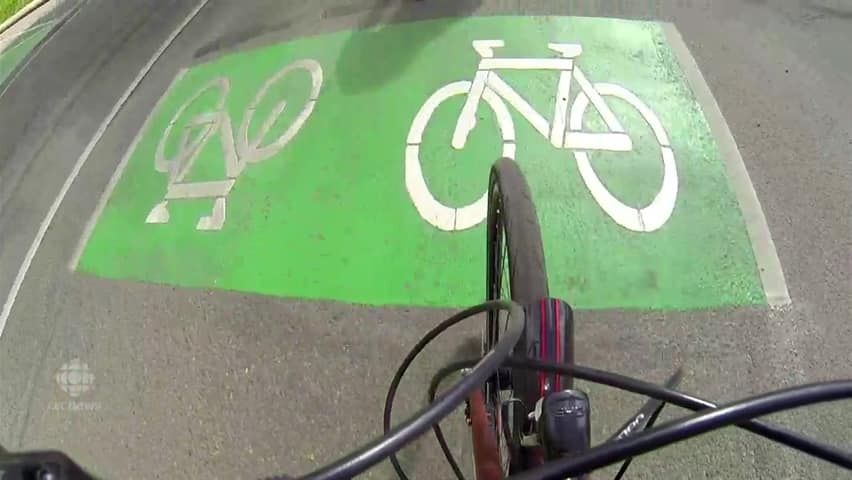 The first phase of a network of protected bike lanes in downtown Edmonton will be open to cyclists Friday afternoon.

"We expect to have some bike lanes open by approximately 2 p.m.," said Olga Messinis, project manager of the downtown bike network.

The section along 100th Avenue between 103rd Street and 109th Street will be the first to open, with others to be rolled out over the next two weeks, said Messinis.

The final leg of the downtown network along 105th Avenue from 101st Street to 116th Street will not open until the end of the summer, she added.

Cyclists and drivers will notice new signs on the route indicating when drivers need to yield to cyclists, and when cyclists need to use bike turn boxes.

"To make a safe turn, the bike turn boxes are a position for a cyclist to stage to make that turn," she said.

These turn boxes are big green squares painted on the roadway at intersections.

To help guide cyclists through the new signage and explain the turn boxes, about a dozen part-time street team educators have been hired, said Messini.

They will be out during morning and afternoon rush hour, over the noon hour, and on weekends when the farmers' market is open, or there's a festival, she said.

The street-team model is one that was used in Calgary and it worked very well, she added.

"There's education for all modes of travel whether it's pedestrians, cyclists, and vehicles and that's what our goal is with the education campaign," said Messini.

Edmonton police bike patrol officers will also be out to talk to drivers as part of the education campaign.

Enforcement of the rules of the road will take the form of education rather than tickets, said Messini.

A potential trouble spot anticipated by Coun. Scott McKeen is just west of 109th Street and 100th Avenue where a bicycle path crosses 100th Avenue. The bicycle path runs parallel to the streetcar crossing at that location.

Right now, vehicles stop for cyclists who want to cross there, said McKeen.

Should there be a substantial increase in the number of cyclists, traffic could end up getting backed up along 100th Avenue, he said.

"We have to make a way to ensure the cyclists allow that burst of traffic to go when they get a green light," said McKeen.

The street team will be monitoring the area and if a problem does develop, a solution could include crossing guards during rush hour, said McKeen. 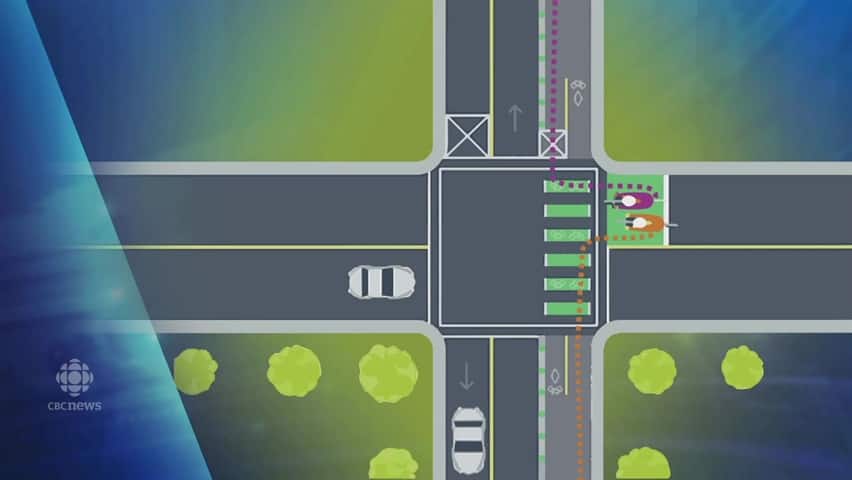 "There's some onus on the city to ensure that people are safe and that traffic continues to move at a decent pace," he said.

"If we frustrate car commuters to a breaking point, cyclists will lose," said McKeen. "We need to do this with respect for everyone's needs and ask everyone to give a little."

He added that "cyclists can't expect to have freeways."
CBC's Journalistic Standards and Practices|About CBC News