Sturgeon County, north of Edmonton, will start a beaver control program offering a $20 bounty for a beaver tail. 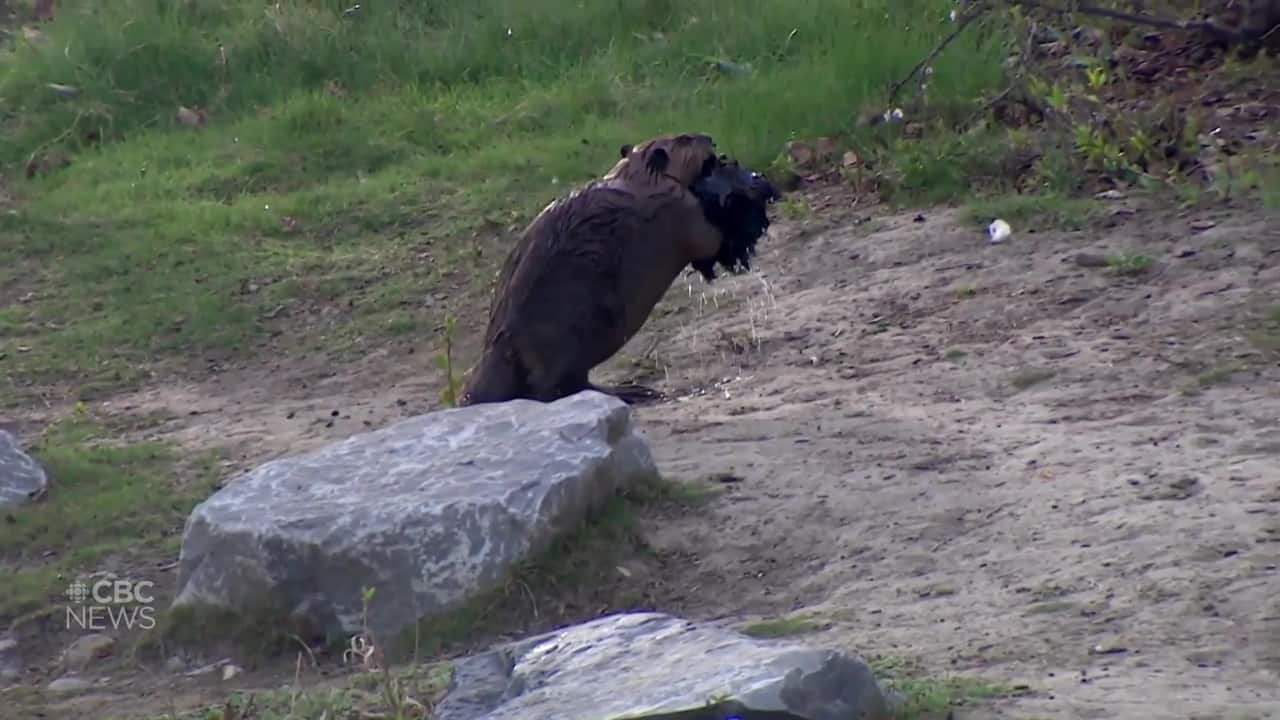 7 months ago
2:16
Sturgeon County, north of Edmonton, will start a beaver control program offering a $20 bounty for a beaver tail. 2:16

The beaver control incentive policy, a first for the county, was approved by council last week and will start in August.

The program will pay $20 to property owners in the area in exchange for a beaver tail, along with the signing of an affidavit stating the beaver was found on private property within the county.

"The intent is to help manage the beaver population and to work with local residents and, of course, follow all of the Alberta Environment and Parks regulations," said Scott MacDougall, Sturgeon County's chief operating officer.

Heavy rainfall over the last few years has led to flooding in the county, and MacDougall says the beaver population moving into flooded out areas has made things worse.

"Beavers are an important part of the ecosystem," he said.

"When the population is balanced they can absolutely assist in some of the areas, but right now what we do find is that they end up plugging up culverts, they create dams that redirect water flow to areas that then end up flooding out roads, create washouts, damage infrastructure and flood agriculture lands so they end up being a pest in that area."

Bill Abercrombie is the president of Animal Damage Control, a wildlife management and consulting company based in Fort Saskatchewan. Counties hire him to help deal with issues linked to animals like beavers.

He predicts there are close to 100,000 beavers within 60 kilometres of the Edmonton area.

"They actually do well with some proper management, but fur prices on beavers are low and so the incentive to trap beavers is not what it used to be," Abercrombie said.

"So municipalities, I think they're looking for some sort of cost effective measure that's going to maybe get some results, but also maybe try to engage people — farmers in particular — to do some of their own beaver management rather than relying solely on county and contractors like me."

Abercrombie said the incentive for trappers to team up with Sturgeon County property owners may be enticing in the fall, as the $20 bounty adds to the value they get from the fur and the carcasses of beavers.

"We conduct ourselves in a professional manner, and most trappers do that as well. So it's an incentive for trappers. I think there'll be some benefit for it," he said.

Lee Foote, a professor emeritus of conservation biology at the University of Alberta, calls wildlife bounties a mixed blessing. He said the bounty could be effective in decreasing the beaver program without putting it at risk, but suspects it could take years before the policy impacts flooding issues.

He is concerned that the bounty program could face abuse.

"They bring out the worst in a lot of people and it will let a few people anyway. It might bring in tails from other areas like Athabasca despite the sworn affidavits," Foote said.

"They also seem to cultivate a culture of vindictiveness of disappointment that beavers or some wildlife is infringing on human rights, when in truth we've infringed on their rights."

Lac Ste. Anne County has been running a beaver bounty program, offering $40 per beaver tail. County council approved a bounty limit increase from $10,000 to $20,000 on June 11, according to its website.

The role beavers play in flooding events will be researched in a nationally funded project by a local researcher.

Glynnis Hood, a professor with the U of A's Augustana campus in Camrose was recently awarded a grant from the Natural Sciences and Engineering Council of Canada to build a model to test the claim that beaver habitats lead to flooding

She's studied the animals for the past 20 years.

"Beavers often get blamed for flood events, especially the major ones," Hood wrote in an article on the U of A's website.

"You end up with this two-sided view of whether or not dams upstream are good, or if they're creating even worse floods that you would have expected."

The research project is expected to continue over the next five years.