With just a sign on the sidewalk and letters to loyal customers, a new Eaton’s store in downtown Edmonton opened its doors.

Shoppers loved it but one said downtown parking was a problem 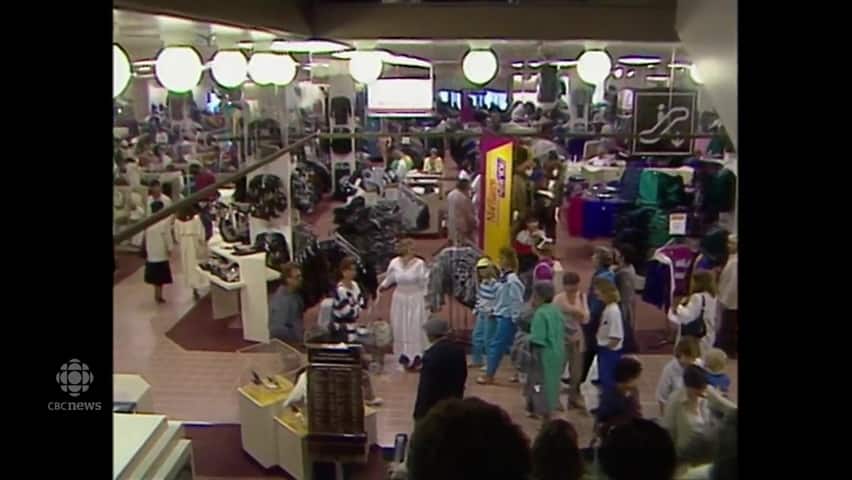 From the Archives: Shoppers flock to the new Eaton's store

With just a sign on the sidewalk and letters to loyal customers, a new Eaton's store in downtown Edmonton opened its doors.

The giant four-level department store was the anchor for the Eaton Centre mall featuring 55 stores and services. The new mall opened a few days later and became a hub for downtown commerce.

Edmonton was experiencing a boom in new shopping centres. Mill Woods Town Centre was being built and the second phase of Kingsway Garden Mall was set to open the following year.

A flurry of shoppers filled the new Eaton's store on the day it opened, getting cash registers beeping.

Some shoppers were delighted to have a new large-scale department store downtown so they could avoid heading to West Edmonton Mall, which had opened in 1981.

The downtown Eaton's closed its doors in 1999 when the Eaton's chain went out of business.

The Bay moved in to the former Eaton's space.

We are now experiencing another boom in Edmonton's downtown but some complaints remain the same, as one Eaton's customer said on opening day: "The biggest problem is still parking, I love shopping downtown."

In the video there are many scenic views of downtown Edmonton and a frenzy of shoppers in the newly opened store, as reported by Harry Nuttall on Aug. 17, 1987 on CBC Newsday.