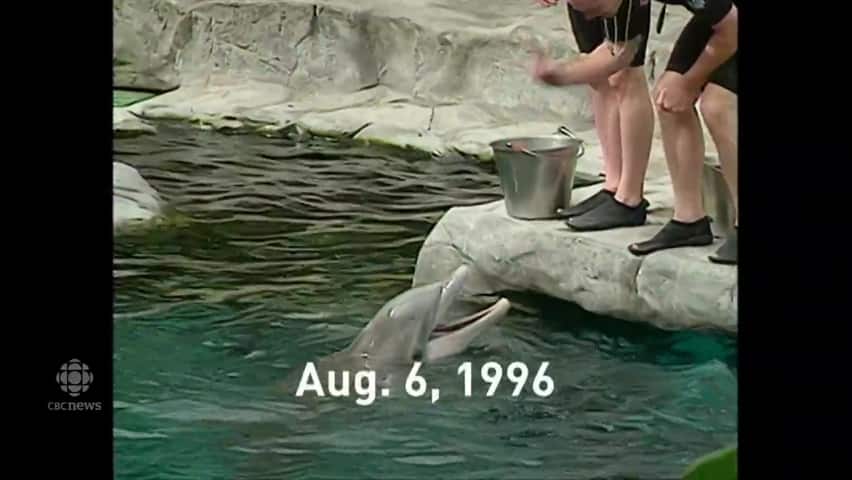 5 years ago
1:53
In August 1996, Mavis the dolphin gave birth to a stillborn calf at West Edmonton Mall. After a string of baby dolphin deaths at the mall, the breeding program was brought into question. 1:53

It came on the heels of the birth of another calf who died barely two weeks earlier, too weak after birth to survive.

Mavis' stillborn calf was the mall's fourth attempt at breeding. After a fifth attempt, the mall abandoned the program.

The dolphin show at West Edmonton Mall was a featured attraction ever since 1985, when four Atlantic dolphins were brought in from Florida.

But after repeated, unsuccessful attempts at breeding, animal rights activists honed in on the breeding program.

The show ended after more than 15 years when the last dolphin, Howard, was moved to Florida in the spring of 2004.

In this video from 20 years ago this week, CBC's Brett Harris captures the dolphin trainers' despair after the stillbirth. The report aired on CBC Alberta News.