As the threat of COVID-19 continues around the globe, the Alberta Federation of Labour is asking the province to provide 14 days of paid sick leave for all working Albertans.

As the threat of COVID-19 continues around the globe, the Alberta Federation of Labour (AFL) is asking the province to take action so that all working Albertans can get two weeks of paid sick leave when they need it.

The World Health Organization declared the coronavirus outbreak a pandemic on Wednesday as the number of people infected with the novel coronavirus climbed to more than 118,000 in 114 countries, with 4,291 deaths.

In a letter Wednesday to Labour Minister Jason Copping, AFL president Gil McGowan is calling on the province to change the Employment Standards Code to allow all working Albertans to take 14 paid sick days every year.

"Your government says it plans to get serious about combating the spread of COVID-19 in Alberta," McGowan says in the letter.

"I'm writing today, on behalf of the 175,000 working Albertans represented by the Alberta Federation of Labour, to suggest that you can't really get serious about containing the virus without, at the same time, getting serious about the issue of paid sick days."

A statement to CBC News from Copping's office didn't directly address the AFL's request for 14 days of paid sick leave for all workers.

But it said government is "working hard to ensure that appropriate solutions can be found for issues that arise from sick leave and quarantine."

In Calgary on Wednesday, Premier Jason Kenney said the government is looking at an order-in-council that would remove the requirement for people to get a doctor's note to get time off work, or to be approved to return to work if they have been in self-isolation.

"We don't want people who might be sick going into medical clinics and seeing their doctors," Kenney said.

"We are also looking at whether we need any clarification that people cannot be laid off for not showing up because they are in self-isolation. I trust Alberta employers. They are not going to penalize people for doing what is responsible in terms of their public health, but we are looking at a whole suite of measures in terms of regulatory changes to better support folks who may need to stay home." 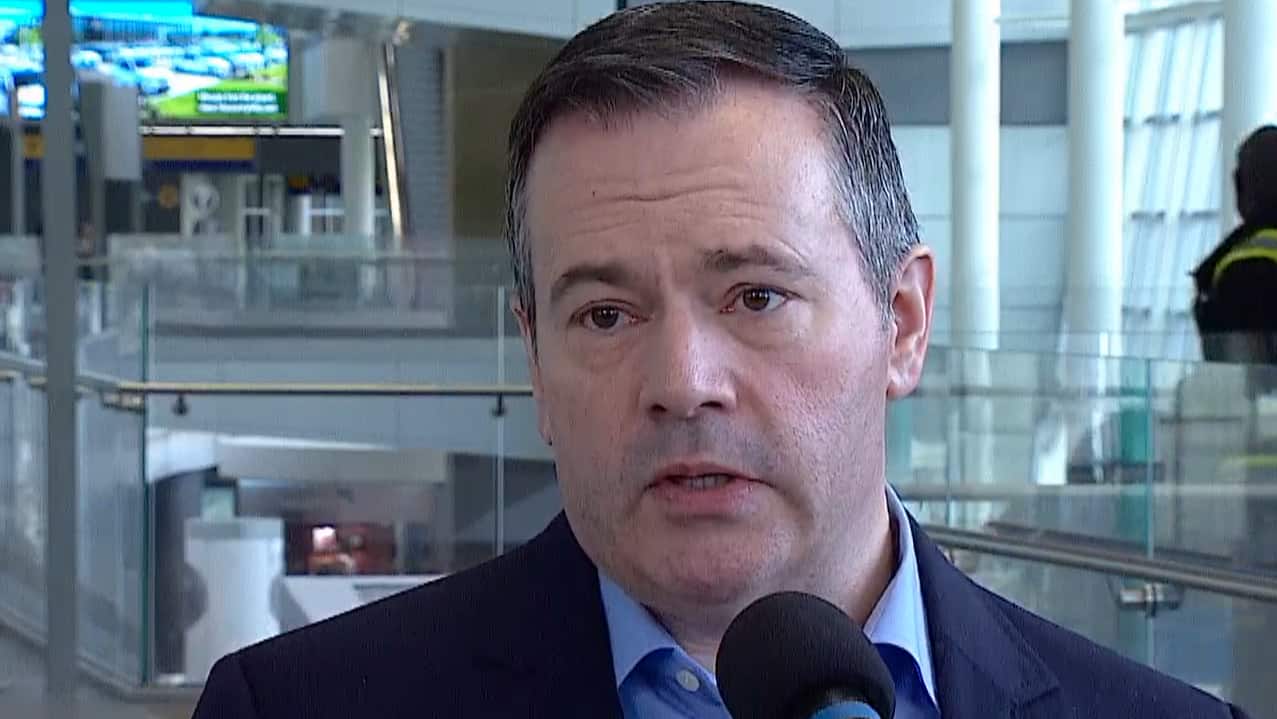 8 months ago
1:30
The Alberta government is looking at changes to allow sick workers to stay home more easily as COVID-19 cases increase in the province. Find out what they are. 1:30

The statement from Copping's office said Alberta Health Services is providing documentation to people who are being tested, have tested positive for COVID-19 or are a close contact of someone who has tested positive, so those people don't have to visit their doctors for a note.

The AFL's letter, meanwhile, says "gig workers," independent contractors and workers who may be new to their jobs or to the workforce in general need specific protection around sick leave.

Speaking to CBC's Edmonton AM on Wednesday, McGowan said more than half of all Alberta workers don't have access to paid sick days through their employers.

"In many ways it's a white-collar, blue-collar divide. If you work in a professional job you tend to have paid sick days from your employer, or you can negotiate them," he said.

"But if you work in the service sector, if you work in manufacturing, sometimes in construction, especially in the non-unionized work environments, paid leave is either very short or non-existent."

That would allow sick Albertans to stay home if they are affected by the coronavirus outbreak or by any other health emergency, he said.

In the letter to Copping, McGowan also acknowledges the Employment Standards Code allows for 16 weeks off unpaid in cases where quarantine is required. But it also says that quarantine and the kind of self-isolation being asked for are not the same under the law.

Prime Minister Justin Trudeau on Wednesday also talked about the need to ensure workers are protected should they need to self isolate. He announced the creation of a $1-billion COVID-19 response fund. The fund will support provincial health efforts, research and testing.

The one-week waiting period for Employment Insurance will be waived as well.

He said the government is prepared to support businesses by improving access to the Business Credit Availability Program.

In his letter to the provincial labour minister, McGowan said the federal measures are welcome but not enough.

Premier Jason Kenney said Alberta expects the federal funding to be allocated on a per-capita basis, which he estimated would mean about $60 million for the province.

"Our initial estimate of the prospective costs to the health system of the coronavirus is in the range of $80 million, so it doesn't cover that," Kenney said Wednesday morning in Calgary.

He also said if the spread of the continues to grow the costs could be significantly higher than that.

With files from CBC Calgary