Whether they’re adorned with lift kits and chrome rims, or rusting out and road-weary, Albertans' love affair with pickup trucks is well established. 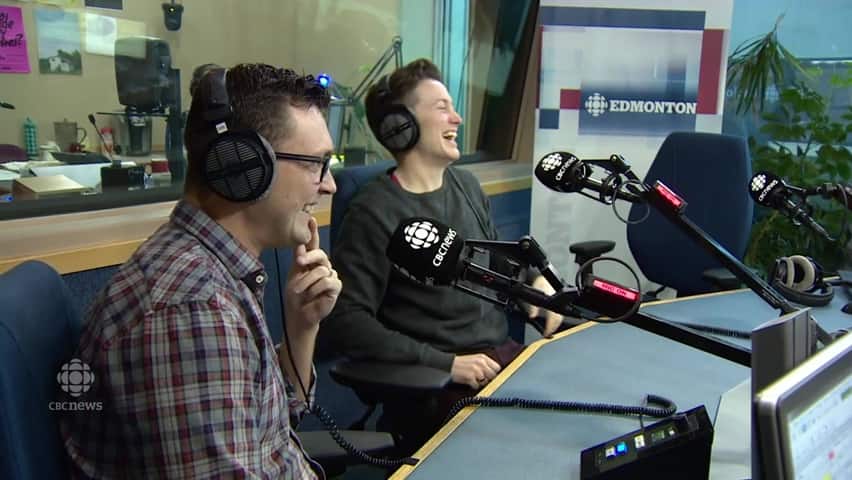 Is the pickup the unofficial vehicle of Alberta?

3 years agoVideo
1:04
Mark Connolly and the Morning Roast panel debate the role of pickups in Alberta and the people who drive them. 1:04

It's rugged, tough and the vehicle of choice for thousands of Albertans.

Whether they're adorned with lift kits, chrome rims and "truck nuts," or rusting and road-weary, Albertans' love affair with these rugged rides is well established.

The province has been called the heart of Canada's "truck belt."

According to Statistics Canada, about 224,000 new vehicles were purchased in Alberta last year.  Almost 80 per cent of those were classified as trucks, which also includes SUVs and other larger vehicles.

Albertans like to live big, of course, and trucks are perfect for hunting, fishing and muddin.'

But not everyone behind the wheel of a pickup uses it to haul heavy stuff, tow a trailer or explore the wilds of Alberta.

With Alberta now in the grips of winter weather, Edmonton AM's weekly Monday Morning Roast Panel attempted to turn the ignition on the great truck debate.

The question: is the truck Alberta's unofficial-official vehicle? Are they an Alberta treasure or an abomination?

"To some degree trucks are synonymous with Alberta," said LeBlanc. "It's a trend now. People think bigger is better."

According to Archer, owning a truck is "as Albertan as being rat-free and not having a sales tax."

What do you think? Is the truck Alberta's unofficial-official vehicle?

Unofficial!?! Only competition would be the windshield repair guy truck... <a href="https://twitter.com/hashtag/winterscoming?src=hash&amp;ref_src=twsrc%5Etfw">#winterscoming</a>

I think I need it for hunting, fishing, and winter driving.

With 165,000 of AB's roadways unpaved, the truck is a necessity. Pavement isn't an option for a lot of Albertans.

Pickups are unnecessary in cities. Too many idiot drivers jack them up, spew black exhaust and accelerate needlessly. They’re a scourge.

My family would have no use for a giant truck. I'll stick to my small fuel-efficient imports, thank you.

I'm living in Istanbul now, and I'm seeing more trucks than ever before here. Uh, I don't miss that part about yeg at all.

My family would have no use for a giant truck. I'll stick to my small fuel-efficient imports, thank you.