Premier Jason Kenney announced Alberta will send medical supplies to other provinces as the provincial total for COVID-19 cases hit 1,569.

Premier Jason Kenney announced Saturday the province would be sending personal protective equipment or PPE to other provinces battling COVID-19.

Kenney made the announcement from an Alberta Health Services (AHS) warehouse while espousing the province's readiness for the pandemic.

"Our numbers are far lower than the hardest hit areas of Europe, the United States and significantly lower than we've seen in provinces like Quebec and Ontario," he said.

Kenney said Alberta is so far outperforming the probable scenario of models released earlier this week, which predicted as many as 800,000 infections.

"We are at about one quarter of the modelled levels under the probable scenario for today, and that is very good news," he said, adding it was not reason to halt collective efforts to stop the spread.

Kenney said the numbers supported the belief that Alberta would have beds and medical equipment beyond its need.

According to the news release, Ontario will receive:

The premier also gave an update on COVID-19 cases in the province, adding 69 confirmed cases to bring the provincial total to 1,569. There are 216 cases suspected of being acquired in the community.

He also reported an additional death from the McKenzie Towne continuing care facility in Calgary, bringing the total number of deaths at the facility to 18. 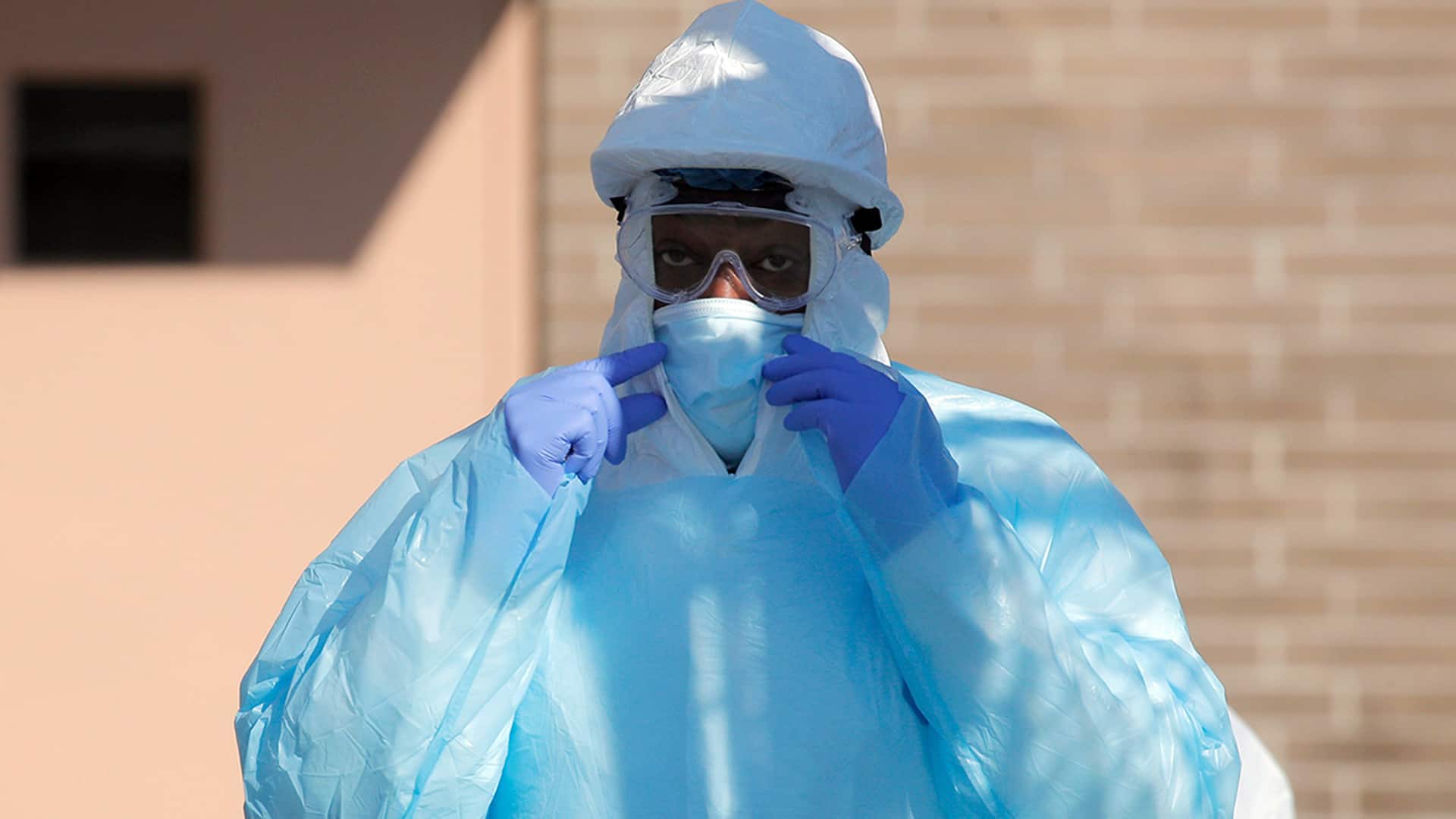 11 months ago
1:46
Alberta Health Services started ordering personal protective equipment (PPE) as coronavirus was taking hold in China and is now able to help other provinces in need of gloves, masks and ventilators.  1:46

This brings the total numbers of deaths in the province to 40. In the Calgary zone, 28 died from COVID-19, seven in the Edmonton zone, four in the North zone, and one person has died in the Central zone.

Forty-seven Albertans were hospitalized — one fewer than on Friday — and 13 in intensive care units. A total of 774 people have recovered, according to the premier.

The province is also making it a requirement for continuing care workers to wear masks at all times when providing direct patient care or working in patient-care areas, starting next week.

'The right thing to do'

He said the province had recently signed contracts valued at more than $200 million, including for millions of gowns and N95 masks.

Shandro said the province is in a position to ensure Albertans' health as well as support other Canadian health-care systems.

"This is the right thing to do," he said at the press conference. "I assure all Albertans that we will have ample supply."

The province says the equipment will begin shipping next week.