Alberta’s review of supervised consumption sites was fundamentally flawed and biased, stoking unchecked claims about the links between the service and crime rates, according to the author of a new peer-reviewed article.

Alberta's review of supervised consumption sites was flawed and biased, stoking unchecked claims about the links between the service and crime rates, according to the author of a new peer-reviewed article.

The article, published this week in Harm Reduction Journal, takes aim at the committee's evaluation of crime statistics around supervised consumption sites (SCS).

Criminology professor Jamie Livingston argues that the report distorted police data and relied heavily on public perception to suggest the sites contribute to an increase in crime, a finding at odds with numerous peer-reviewed studies.

"An introduction to criminology student would not have constructed a more rudimentary analysis for change in crime."

When the province's report was released in March 2020, associate minister Jason Luan said it detailed "a system of chaos," around supervised consumption sites.

The committee, under the government's direction, did not review the service's health benefits, including hundreds of reported overdose interventions every year. Instead, the review focused on crime rates, social disorder, property values and business.

More than 900 Albertans died from opioid overdoses in the first 10 months in 2020, the most deadly year since tracking began in 2016.

Attendance at supervised consumption sites in Edmonton, Calgary, Red Deer, Lethbridge and Grande Prairie plummeted at the outset of the pandemic, as services were temporarily suspended then eventually reopened with capacity limits.

Among Livingston's concerns, he notes the report relied on police calls for service to measure crime. A "substantial portion" of those calls would involve unfounded allegations, uninvestigated incidents and non-criminal matters, all of which appear to have been included in the data, the article states.

The report assessed only two years of police service calls, which Livingston said obscures longer-term trends. Of the report's many statistical pitfalls, Livingston says it distorted call numbers around the sites by comparing data to the entire city without adjusting for population or providing a caveat. 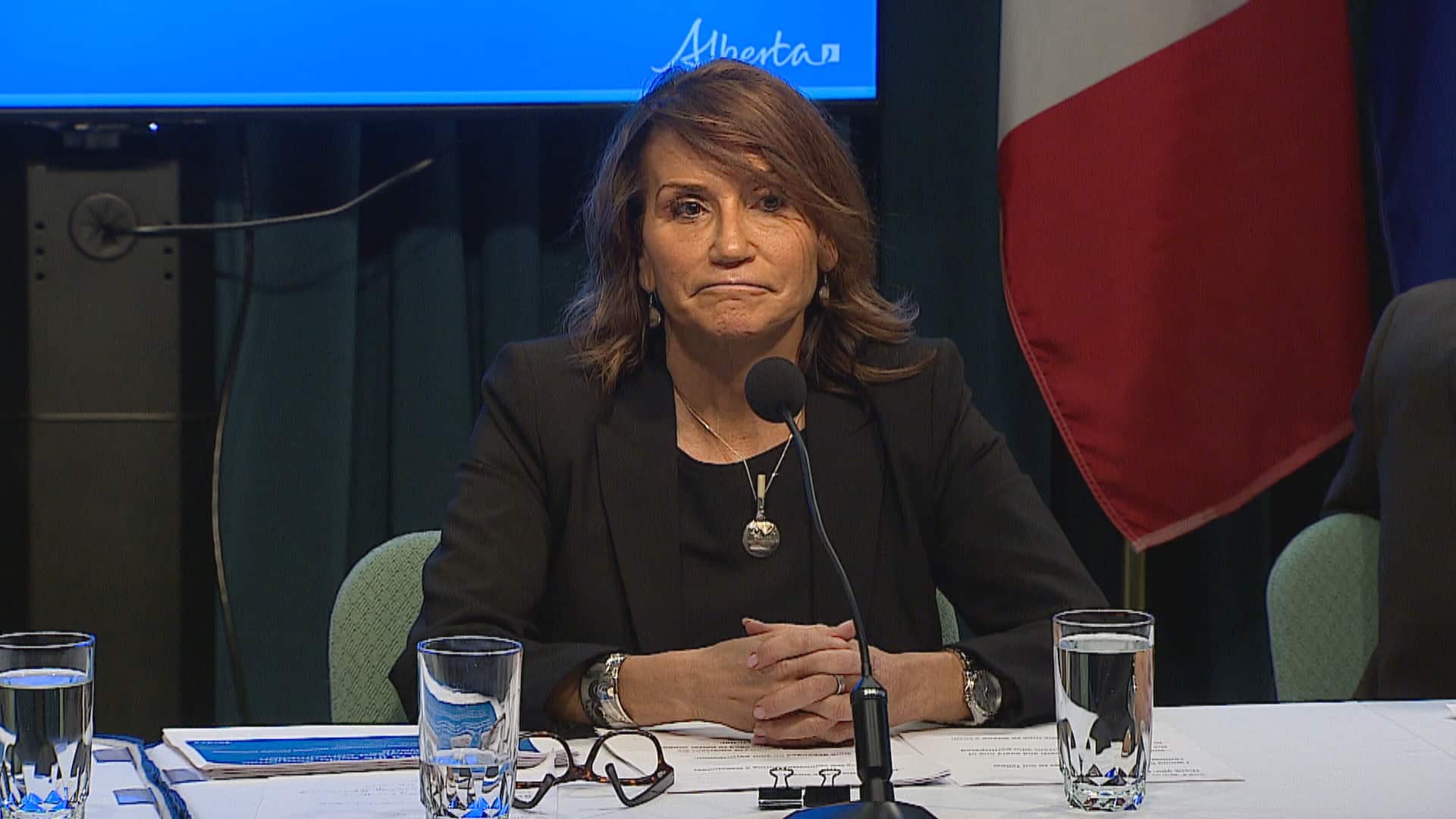 11 months agoVideo
1:39
Geri Bemister-Williams, vice-chair of the panel, has a tense exchange with reporters asking about her concerns over "adverse effects" reporting from the sites. 1:39

"That reeks of bias and lack of objectivity," Livingston said. "I think there's a real danger with the circulation of this deeply flawed review that makes claims that just simply aren't true and aren't sound in terms of the science around them."

No Canadian or international peer-reviewed study has found supervised consumption sites result in an increase in crime, he added.

'Fuel in the public domain'

More than 40 experts, including Livingston, signed an open letter in March calling on the government to retract the report over concerns that its "unsound findings" would be used to undermine efforts to address the opioid crisis.

Shortly after its release, a Philadelphia city council member cited the report as a "very credible study" while advocating to effectively ban future supervised consumption sites, according to a report in the South Philly Review.

"It's certainly fuel in the public domain where people have these pre-existing beliefs about drug users and drug use interventions and can quickly pull up these results," Livingston said.

The report depended heavily on individual perceptions of crime around the sites, gathered in large part through online surveys, without verification from other data sources, Livingston said.

Some quotes included in the report claimed that the sites are a "lawless wasteland" and used "as a base of operations for property crime."

"It's really hard to avoid the overall impression that the panel was looking to cherry-pick especially damning anecdotes that would be not in favour of supervised consumption services," said Cameron Wild, a professor in the University of Alberta's school of public health.

"I see no reason that we shouldn't maintain opposition to a scientifically flawed report that is being used rhetorically by government as a tool to support their priorities." 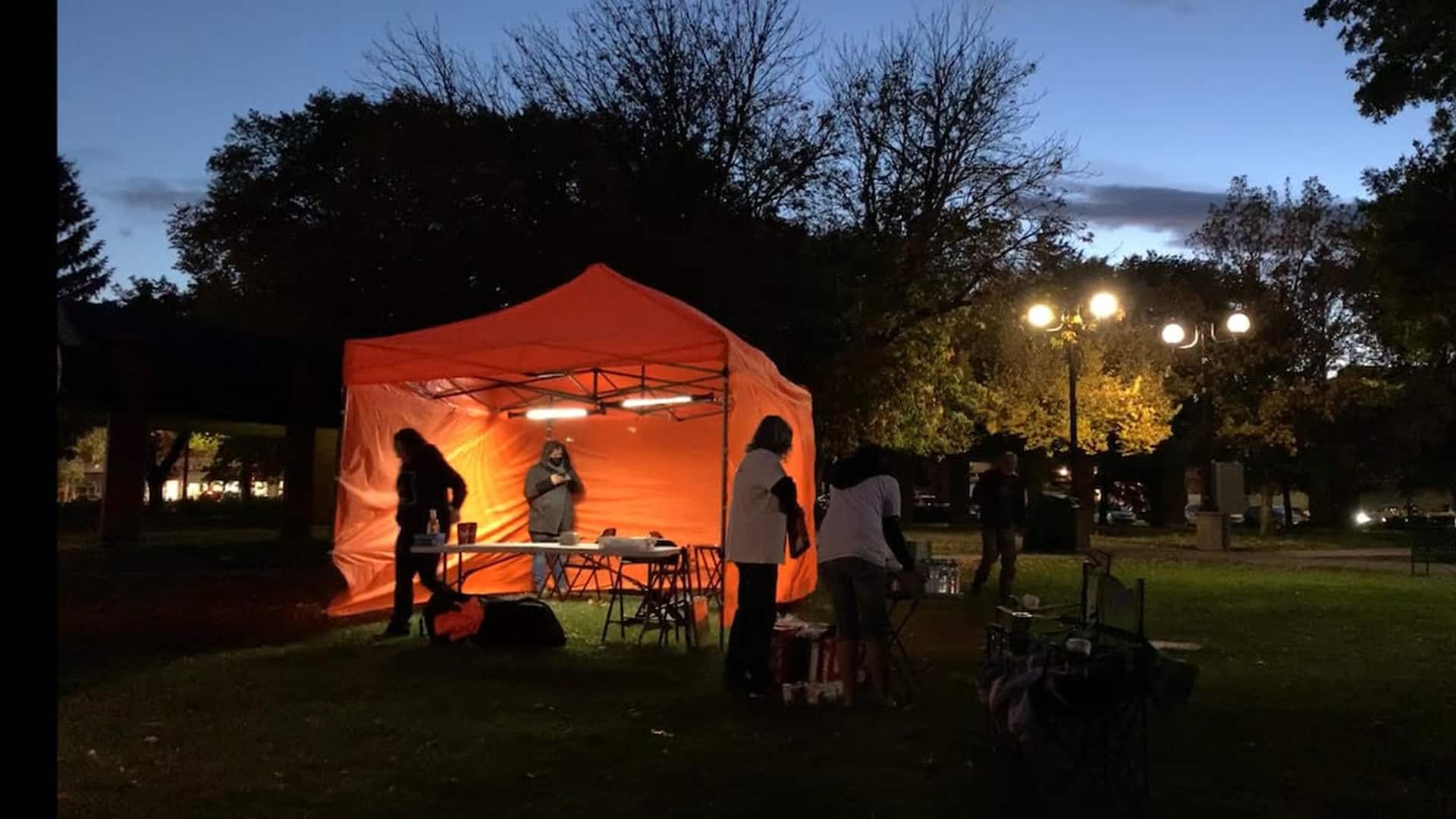 4 months agoVideo
3:23
Three weeks after Alberta announced it would stop funding a safe injection site in Lethbridge, an unsanctioned, supervised consumption site was set up in a tent. The city of 100,000 has the highest per-capita rate of opioid overdose deaths in Alberta, and the original site that was shut down was one of Canada's busiest. 3:23

Kassandra Kitz, press secretary for associate minister Luan, said the government was committed to listening to the concerns of Albertans as it makes decisions on supervised consumption sites.

"While we appreciate further review by this researcher, we will not disregard the views of 19,000 Albertans, including first responders, residents and business owners in the surrounding areas of supervised consumption sites," she wrote in a statement.

New funding for supervised consumption services was frozen when the review was launched in August 2019, with the government yet to disclose how it plans to move forward.

"Like all government programs, until and unless different decisions are made in the future, funding remains in place for these services," Kitz said.

Dr. Robert Tanguay, who sat on the review committee, said the report did not call on the government to close sites, but rather to enhance service. He pointed toward a recommendation that called for clients to be directed to managed opioid programs, where appropriate.

While not defined in the report, Tanguay says managed opioid programs would include injectable agonist treatments and a prescribed supply of opioids, treatment options rejected by the provincial government.

The Alberta government did not follow the lead of British Columbia's "safe supply" program, which provides the go-ahead to physicians to prescribe drugs such as methadone in an effort to prevent illicit drug overdoses.

The government is also facing a legal challenge after it announced it would cut funding for an injectable opioid agonist treatment program, considered a last resort when other treatments prove ineffective.

"It was unfortunate how the report was presented," said Tanguay, a clinical lecturer in the department of psychiatry at the University of Calgary, in an email to CBC News.

The committee chair, former Edmonton police chief Rod Knecht did not return a request for comment, and neither did vice-chair Geri Bemister-Williams.