The province is unveiling the new voice that will warn Albertans of emergencies such as tornados, wildfire or flooding. 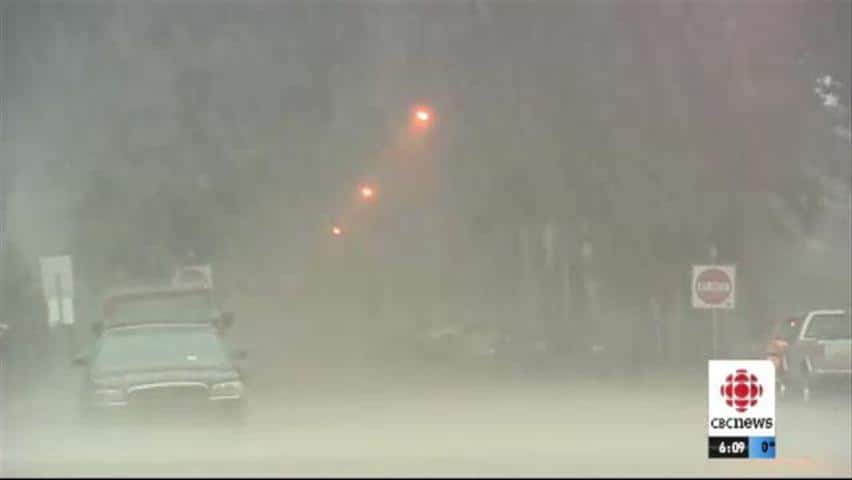 The province is unveiling the new voice that will warn Albertans of emergencies such as tornados, wildfire or flooding.

The automated voice will replace the previous voice of the emergency alert broadcast system, which struggled with pronunciations such as "Wetaskiwin" and "tornado."

"The new voice is going to sound much more clear and it’s going to have better pronunciation," said Melinda Steenbergen, a public affairs officer with Alberta Emergency Alert Services.

"Text to speech technology has been improving rapidly in recent years and we’re taking advantage of some of those advancements."

Between 4,000 and 5,000 unique names and words have been individually tested against the new text-to-digital reader to ensure they are easily recognizable, said Kevin McClement, a GIS analyst with Alberta Emergency Management

And that won’t be the end of of it, he said.

"This isn’t the final version of the voice," McClement said. "As we come across words that we didn’t necessarily test [before], we can correct it within a few minutes."

Another change listeners will immediately notice is in the digital voice itself: the new voice is now male.

This was not a conscious choice, said Steenbergen. Rather, the new voice was selected based on the high scores it received in terms of quality and clarity during public testing.

"We hear a lot of feedback from the public... we heard criticism of the volume, pronunciation, clarity and we’re hoping that this new voice will address all of those issues," said Steenbergen.

Emergency alerts in the province have been traditionally broadcast using a human voice. The digital reader was first introduced in Alberta in 2011.

Steenbergen said the major advantage of a digital reader is the speed it allows in implementing emergency alerts — which can broadcast a message across the entire province instantaneously.

Recording a human reading an emergency alert can take an extra 20 to 30 minutes, said Steenbergen.

"When you have a tornado on the way, every second counts."