Alberta's COVID-19 test positivity rate of more than 10% 'should concern us all,' Hinshaw says

The number of active cases in the province is now 18,243 with 590 deaths, and the test positivity rate is 10.5 per cent, which Chief Medical Officer of Health Dr. Deena Hinshaw, said is a grim milestone "that should concern us all."

On a day that Alberta reported 18,243 active cases of COVID-19 and 15 additional deaths, the province also reported a record high test positivity rate.

The positivity rate climbed to 10.5 per cent, a "grim milestone and one that should concern us all," Dr. Deena Hinshaw, Alberta's chief medical officer of health, told a news conference Friday.

With almost 17,200 people tested, and one of every 10 testing positive, the total number of new cases in Alberta reached 1,828.

To date 590 people have died in Alberta. As of Friday there were a record 533 people in hospital, including 99 in intensive care.

"We are heading into the first weekend of December," Hinshaw said. "In a difficult year, I know this last month may be the toughest for many. This virus can spread quickly from one to many.

"In a month usually marked by festive gatherings, we feel the restrictions more keenly. But I want to stress the seriousness of the rising case numbers that we're seeing and how crucial it is that we reduce the spread and bend the curve back down."

Here is how the active cases break down among the regions:

The 15 deaths reported Friday included seven people linked to an outbreak at the Edmonton Chinatown Care Centre: four men in their 90s, a woman in her 90s, a man in his 80s and a man in his 100s.

"As case numbers have increased exponentially in the past six weeks it has become more and more difficult for our teams to keep up with demand," Yiu said.

"We are rapidly increasing our response to the unprecedented volume of COVID-19 cases in the province." 3 months ago
1:29
A desperate shortfall of COVID-19 contact tracers is one of the staffing challenges plaguing Alberta, says AHS president and CEO Dr. Verna Yiu. 1:29

The province has more than 900 contact tracers in Alberta and is on track to double that number by the end of the year, Yiu said.

"This means that we will have 36 contact tracers per 100,000 people, which will be on par or better compared to other provinces."

Albertans are now one week into the latest round of restrictions aimed at bending the curve of COVID-19 cases in the province.

Next week Albertans will find out what impact those measures are having on the virus, which is spreading faster in Alberta than anywhere else in the country.

It was the second set of restrictions issued by the premier in November.

But the curve didn't bend and the virus has continued to surge since, setting records almost daily as it tightens its grip on the province.

The province's contact-tracing system is struggling against demand. Alberta's government continues to resist calls to adopt the federal contact-notification app or order a province-wide mask law.

It is also continuing to spurn calls by physicians for a two-week lockdown, or "circuit-breaker," to drop the effective reproduction number and allow contact tracing to catch up. 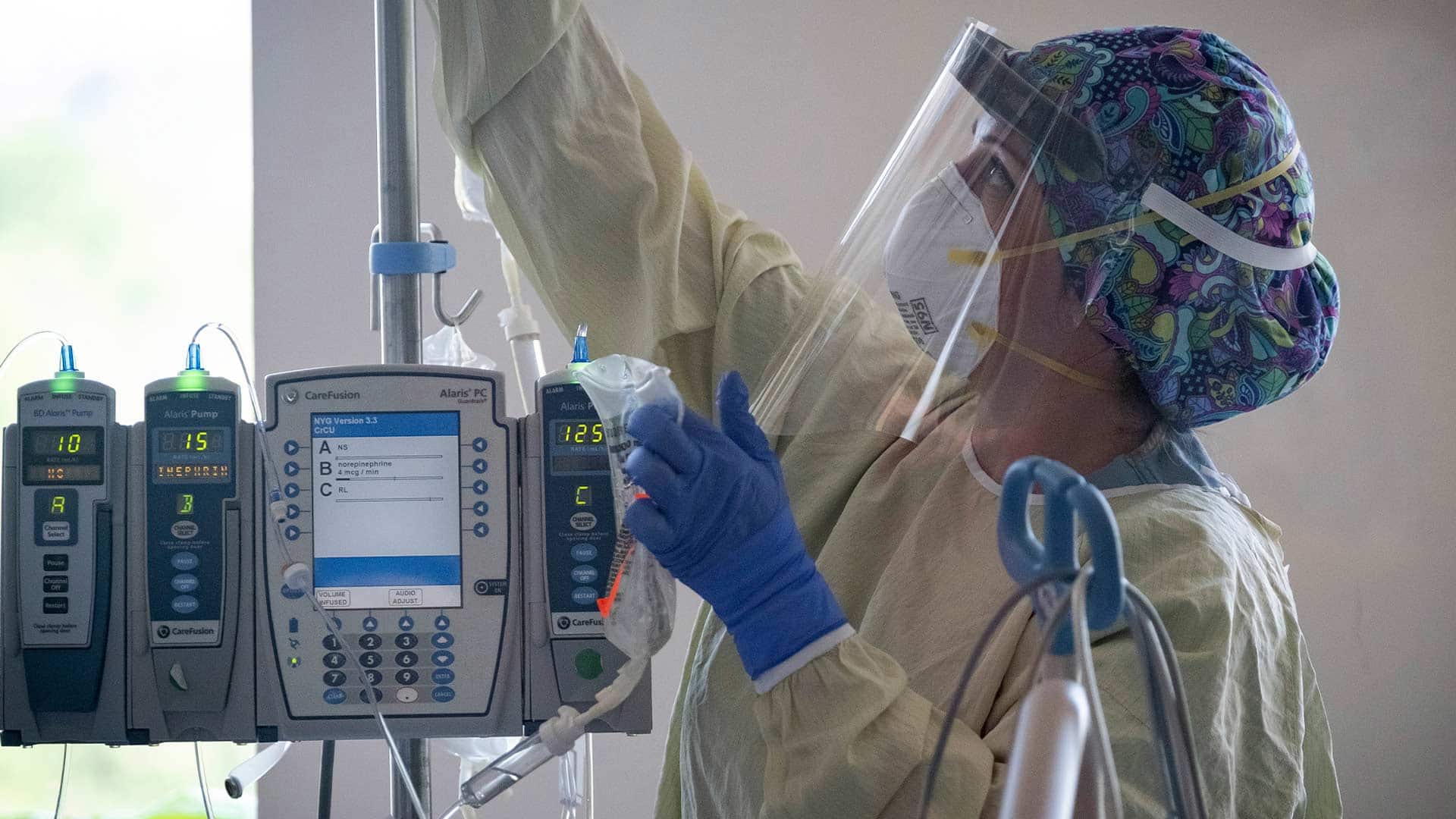 Alberta asks Ottawa and the Red Cross for field hospitals

3 months ago
2:42
The Alberta government is in talks with Ottawa and the Canadian Red Cross for help in setting up field hospitals, as the number of COVID-19 patients continues to surge. 2:42

This week, the province acknowledged it is preparing for the worst. Alberta has asked the federal government for two field hospitals, and the Red Cross for two more.

AHS has asked hospitals in Calgary to begin rationing oxygen.