For the next two weeks, many of Alberta's recreational athletes will be sidelined, its amateur performances shut down and its pubs and lounges closing earlier in a bid to curtail indoor social gatherings to slow the spread of COVID-19.

'We are at a dangerous juncture in our province,' Premier Jason Kenney says

For the next two weeks, many of Alberta's recreational athletes will be sidelined, its amateur performances shut down and its bars and licensed restaurants closing earlier in a bid to slow the spread of COVID-19.

"We are at a dangerous juncture in our province," said Kenney, who is self-isolating after coming in contact with someone who has tested positive for the virus. The premier's test came back negative.

"COVID-19 is challenging us," he said, speaking from his home, "and we have to rise to the test."

Kenney and Dr. Deena Hinshaw, the province's chief medical officer of health, spoke Thursday with people in the sectors affected by the restrictions. 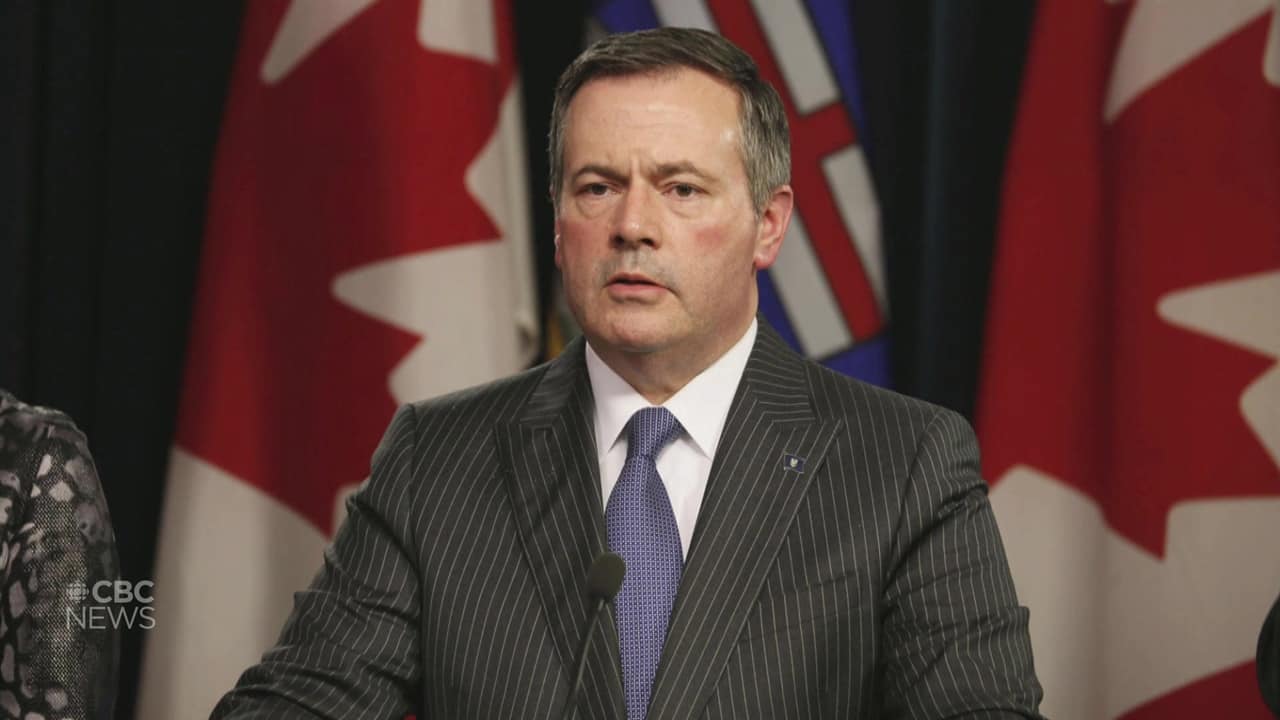 Kenney said it is important to seize the moment while Albertans still have a fighting chance to reverse the trend in case numbers that is threatening the province's ability to deliver health-care services.

"This two-week push is, I believe, our last chance to avoid more restrictive measures that I and most Albertans desperately want to avoid," Kenney said.

"If we focus our efforts for the next two weeks, and embrace these common-sense measures, we can reduce the spread and protect our hospital system."

The restrictions are a reversal in tactics for the province. Last week, Kenney spoke strongly against bringing in mandatory constraints, instead urging "personal responsibility" when it comes to attending parties or hosting social gatherings.

The measures will apply to Edmonton and surrounding areas, Calgary and its area, Grande Prairie, Lethbridge, Fort McMurray and Red Deer, he said.

"Many fitness operators and sport organizations have done great work to make their facilities and activities safe, and I thank them for their effort," Kenney said. "This two-week pause reflects the fact that, at this moment in the province, we need a pause on any activity that has a chance of spreading infection from one to many."

Group sports and fitness classes can increase the risk of spread due to exertion where participants have a high rate of droplet emissions in enclosed spaces, he said.

"Socializing may also take place before or after the activity, which we've seen as a factor in recent team sports outbreaks."

"Although we have not seen significant spread from these activities, we know that when done in closed space, with people in close contact, they can also cause spread of the virus from one to many."

The sports restrictions are specifically for recreational teams or group activities that occur indoors. Outdoor sports are not affected; neither are individual sports nor exercise. Also exempted are junior, collegiate, university and professional sports.

Similarly, the government notes that professional performance venues are exempted from the restrictions.

Beginning Friday, all licensed restaurants, bars, lounges and pubs in areas that are under enhanced status — that is, areas with more than 50 active cases per 100,000 people — must stop liquor sales by 10 p.m. and close their doors by 11.

"Extended drinking and socializing in these settings, which primarily occurs late at night, poses a risk for spreading COVID-19," he said.

The province has seen a growing number of violations where bars and pubs, in particular, have turned into virtual nightclubs, he said.

"I'll remind you that nightclubs are one of the few business activities that have been suspended since March, for obvious reasons," he said. "It's these growing number of violations that have created the concern and caused today's restriction."

The province has one of the highest active case rates in the country. Almost daily, Alberta is seeing record numbers of new cases, active cases and, perhaps most ominously, hospitalization and intensive care unit occupancy rates.

On Thursday, the province reported 225 people were in hospital, with 51 of them in intensive care.

It also reported 10 deaths, the most for a single day in Alberta since the pandemic began. That brings the total number of deaths attributed to COVID-19 to 393.

Here is how the active cases break down across the province:

Beginning Friday, there is a 50-person limit on weddings and funeral services in regions under the enhanced status.

The province is also asking faith-based organizations in enhanced areas to limit the attendance at any worship or faith services to one-third of the room's capacity. Kenney said a few organizations have been "flagrantly disregarding" public health guidelines.

"We recognize the importance of these activities, the lifetime importance of them, and the challenge that this limit presents," Kenney said. "But we've also seen a number of large outbreaks linked to weddings and funerals, given the proximity that happens, the intimacy of these events, and we need to take additional measures with community spread rising sharply."

Along with the restrictions, Kenney is strongly urging Albertans living in any area under enhanced measures on the relaunch map not to have social gatherings in their homes. It expands on the government's request last week, which was directed to people in Calgary and Edmonton.

While this measure is voluntary, it may become mandatory and be backed up by fines, Kenney said.

"No one wants to have a government tell us how many people we can have in our homes," he said.

"If we continue to see large private parties that ignore these recommendations, we may have to consider enforcement action."

Forty per cent COVID-19 cases have been traced to transmission at home and at social gatherings, he said.

"I don't think it's unreasonable for people to suspend these kinds of gatherings for the time being — a measure that can turn the numbers around, help to protect the health-care system, without impairing businesses or jobs.

"If this one source of spread was to stop, we'd be in overwhelmingly better shape almost immediately."

Opposition leader Rachel Notley said the government sat on its hands for too long.

"This province has blown past its previously stated triggers​ by 50 per cent and only now are we getting the most limited of action," Notley said Thursday.

"Where are the supports for seniors in long-term care? Where is the support for small business that are now closing for two weeks with no notice?"

She criticized Kenney's suggestion that if Albertans are not careful, the health-care system may no longer be able to be able to deliver health services.

"News flash. Here in Edmonton ... 90 continuing-care residents of South Terrace are being told there are not enough staff to help them out of bed.

"I would say that's an official declaration the health-care system is already struggling to deliver basic service."