'It's a legacy that people don't necessarily know about. It's nice to carry that kind of tradition on'

'Tis the season for giving! That's why we're bringing back some of our favourite stories from 2019. This story was originally posted on Feb. 22, 2019. Enjoy!

And his descendants in central Alberta say they have the original recipes to prove it.

Sandra Gibson, Russell's great granddaughter, said she is compelled to keep up her family's history and preserve Russell's candy-making skills for future generations.

"It's a legacy that people don't necessarily know about," Gibson, 34, said in an interview with CBC Radio's Edmonton AM. "It's nice to carry that kind of tradition on."

Born in rural New Brunswick in 1868, one of 13 children, Russell left home at age 14 and worked as a lumber camp cook, peddler, necktie maker and restaurateur before getting into the candy business.

By 1894 he had moved to Saint John, where he established a chain of candy and ice cream parlours, and set up a candy factory.

In 1911, his businesses were leveled by arson. He relocated to Maine, where the new family home barely survived a devastating forest fire.

After a disastrous few years, Russell couldn't resist the lure of the west.

"He was enamoured with a brochure he had seen put out by the Red Deer trade and commerce association," said Russell's granddaughter Barbara Gibson. "It showed this really nice city with street cars running up down the bustling streets.

"They arrived in Red Deer with a boxcar full of candy factory materials and his young kids in tow and discovered that wasn't the case," she said.

"The streets weren't paved, they were dirt and there were no buggies ... but they decided they would stay."

In 1913, he set up shop in downtown Red Deer, Alta., and continued to expand his small enterprise with a candy shop and sweets factory.

Rationing in the war forced Russell to become inventive with his recipes. Swapping out sugar for molasses, and replacing traditional grains with puffed rice and wheat.

He made fudge, fondants, toffees, an all-day sucker and all sorts of roasted nuts.

Russell answered a call from the Quaker company to submit ideas for a new candy bar, adapting one of his well-established brittle recipes and the original puffed wheat square was born.

According to his family the puffed wheat square eventually became much softer and gooier than Russell's original recipe, which was more of a brittle. 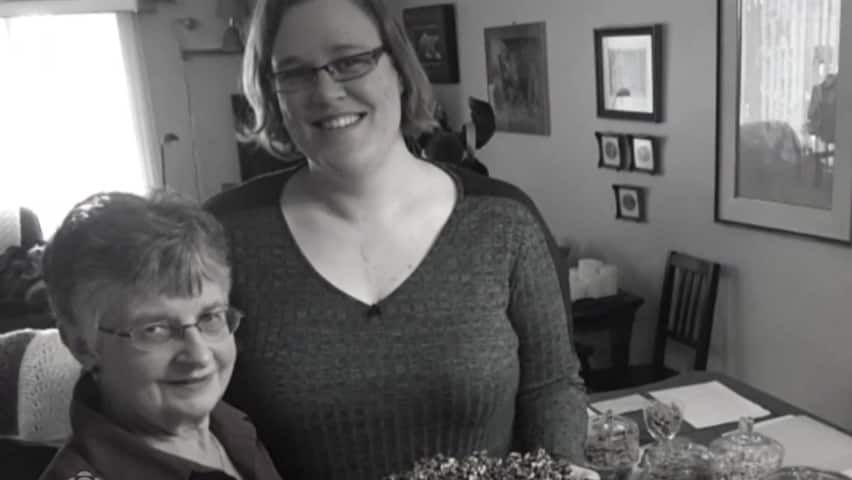 'There's knowledge in there that shouldn't be lost'

According to family lore, Russell also invented the banana split, coconut brittle and an "all-day sucker."

The claim about the banana split is contentious and undocumented but makes for a good story.

"According to the family story, a shipload of overly-ripe bananas had come into port [in Saint John] and they had asked the merchants in the area to use up these overripe bananas," Barbara Gibson said.

We keep doing it because it's part of who we are.- Sandra Gibson

"And so he concocted the banana split because he already had the confectionery with all the ice creams, toppings and everything."

Russell's candy-making skills have been passed down from generation to generation within the large Russell clan.

"When I was little, it was a thing I thought every family did," Sandra Gibson said. "Anyone whose family didn't make candy was weird to me.

"But as I became older, I realized, oh, this is special and I started to learn more about the history and the process."

At every Christmas and family gathering, Gibson and her mother use antique molds from Russell's candy factory to make fudge and brittle, carefully following his original recipes typed on long rolls of factory paper, yellow and cracked with age.

"Now that I'm older I'm responsible for most of it, which is kind of terrifying," Gibson said.