A Ukranian orthodox priest has admitted his company brought in dozens of Polish workers into Alberta under false pretenses and cheated them out of their pay. 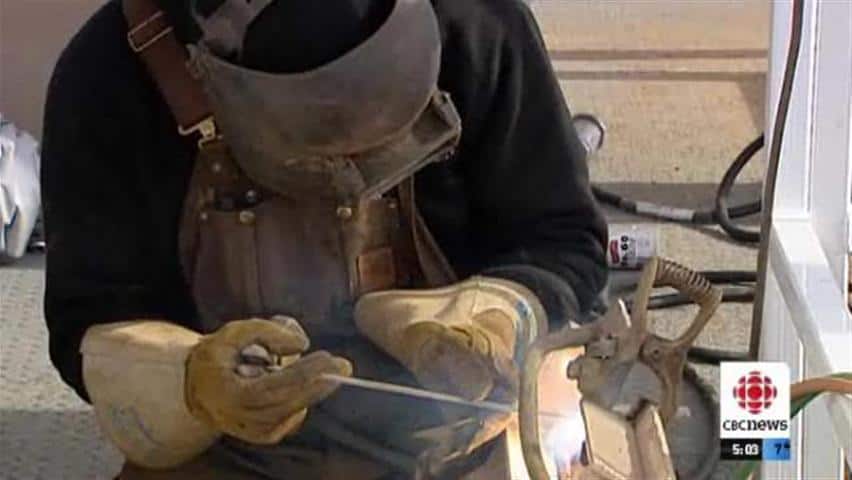 8 years agoVideo
1:38
The company brought in welders from Poland and skimmed their pay 1:38

An Alberta company owned by a Ukrainian Orthodox priest admitted today it brought in dozens of Polish workers to Alberta under false pretenses and skimmed their pay.

Father John Lipinski of St. Paul, Alta., along with his wife Angela and business partner Calvin Steinhauer, faced charges for bringing foreign welders and machinists into the province illegally on student visas.

Under a deal revealed in an Edmonton court room Tuesday, the charges against the three were dropped and the company owned by Lipinski and his partner pleaded guilty to one count under the Immigration and Refugee Protection Act.

The company, Kihew Energy Services, was fined $215,000. That money will go to foreign worker training at Lakeland College in northeast Alberta, the school Lipinski used fraudulently to bring in the workers beginning back in December 2005.

The tradesmen ended up working for Lipinski's company, which managed to pocket more than $1 million in less than two years by skimming their pay, said investigators.

The company contracted out the workers for $24 per hour, but only paid them between $10 and $12 per hour, said an agreed statement of facts.

The company also charged the workers for rent and transportation, allowing it to profit $20 per hour from each worker.

Only some workers ever attended ESL classes at the college, however none attended welding classes as indicated on the visas.

Most of the welders went home to Poland but some are still in Alberta hoping to become residents.

RCMP Staff Sgt. Jim Gamlin said although this is the first conviction under this act in Alberta, the case is not unique.

"Unfortunately with the status of our labour force here and temporary foreign workers being used here in Alberta, we're seeing this more and more in Alberta."

Lipinski, of St. Paul, Alta., was suspended as a priest in the Bonnyville area until the case was resolved.

His involvement shocked the community, leaving many feeling betrayed.