Alberta Premier Jason Kenney brushed aside a call Friday from the NDP Opposition Leader for him to fire Health Minister Tyler Shandro over allegations he berated a Calgary doctor at his home and belittled citizens in emails.

Shandro accused of berating doctor at his home, belittling citizens in emails 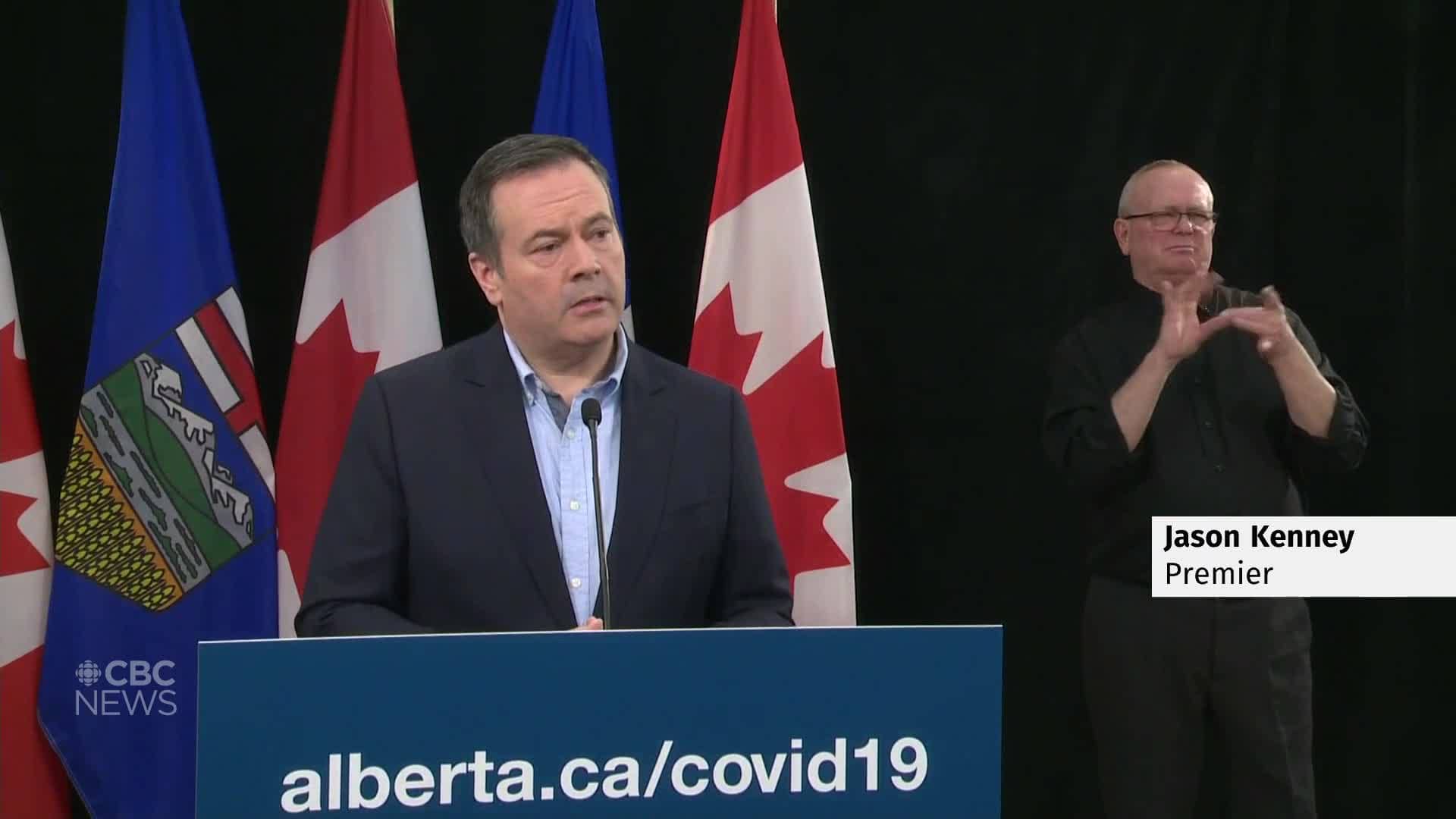 7 months ago
1:05
Opposition leader Rachel Notley is calling for Jason Kenney to fire Alberta's health minister after Tyler Shandro allegedly berated a Calgary doctor at this home — but Kenney is standing by Shandro. 1:05

Alberta Premier Jason Kenney brushed aside a call Friday from the NDP Opposition leader for him to fire Health Minister Tyler Shandro over allegations he berated a Calgary doctor at his home and belittled citizens in emails.

Kenney told reporters Shandro and his wife were the targets of an online campaign of harassment of Shandro's wife Andrea over what he called "completely spurious and false, [and] disproven allegations" including death threats that were issued against his wife.

"I think any Albertan would understand that a husband or wife will get passionate when their spouse is being attacked or even threatened and certainly defamed," Kenney said.

Shandro had issued a statement in which Kenney understood that" if any neighbours took offence for having been approached for this, he is sorry for that and as far as I'm concerned, that is the end of the matter."

Shandro issued a statement on social media but it did not include an apology to those he allegedly abused personally and through email.

Instead, it contained the same justifications for his actions that he previously provided to the media.

"I am determined to continue tirelessly performing my role during this pandemic and pledge to not get distracted by social media attacks during this extremely serious time," Shandro's statement said.

Earlier Friday, Notley called for Shandro to resign over what she called a "profound lapse in judgment."

"That is not how a minister of the Crown serves the public," Notley said.

"That is not how leaders act. That is not what we expect from the Minister in charge of a public health crisis."

"No Albertan deserves to be threatened at their homes in front of their families by a government MLA and the minister overseeing their profession," she said.

"That is why today I am asking Jason Kenney to immediately remove Tyler Shandro from his post and appoint another member of his caucus as minister of health."

Notley said she does not make the request lightly.

"We are in the middle of a pandemic. This is not politics as usual. No one wants instability in health care or frankly in government at all. 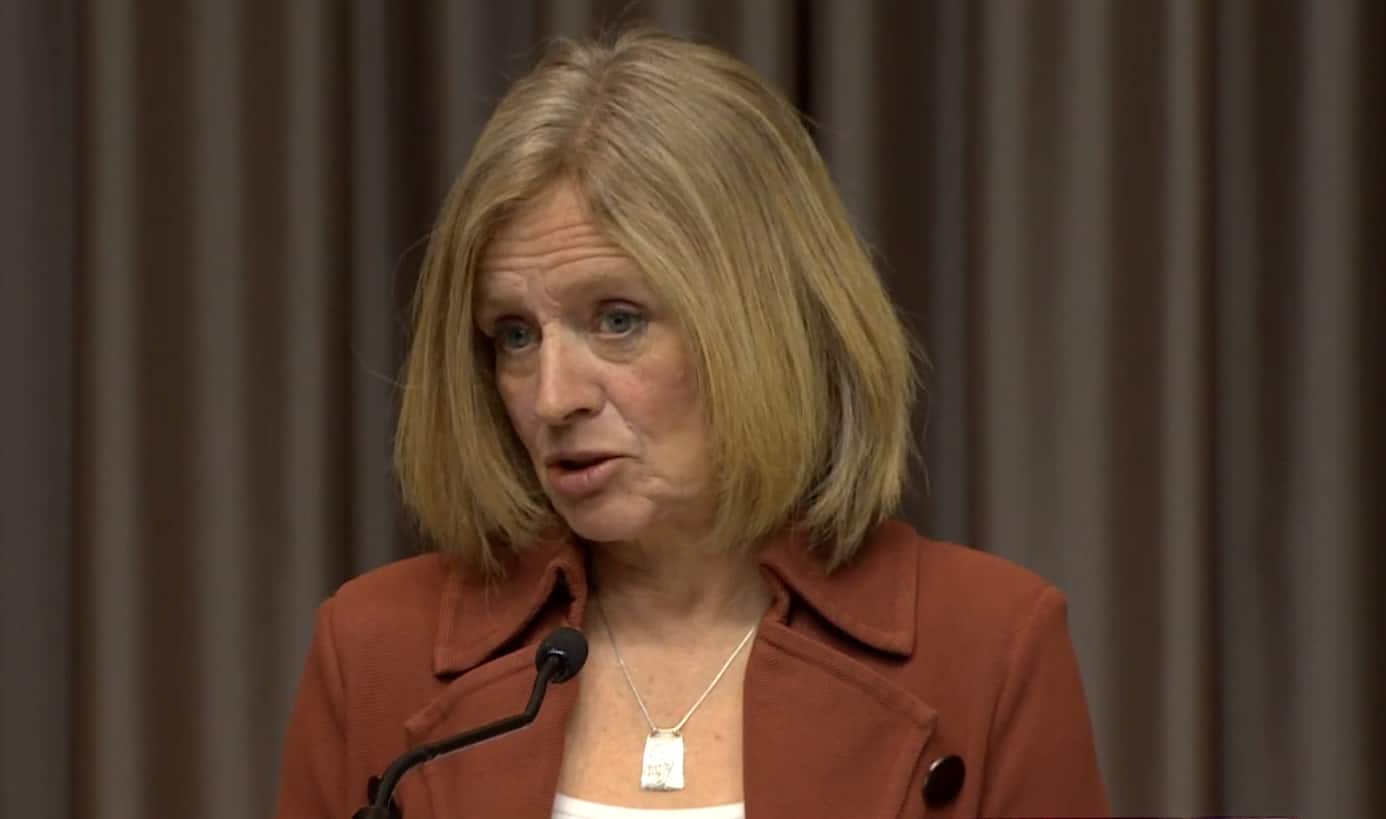 "We are all invested in making sure Alberta pulls together and pulls through this but this position is the second most important position in our government during an historic crisis in this ministry.

Notley did not see a major logistical issue with replacing Shandro, suggesting it could be done through an order-in- council with the approval of the lieutenant governor.

Neither Shandro nor Kenney immediately responded to interview requests from CBC News.

Shandro was angry because the Calgary doctor and other citizens alleged the health minister was in a conflict of interest involving a private supplementary health insurance company owned by Shandro and his wife.

The Shandros had been subjected to personal attacks on social media after it was revealed last week that Andrea Shandro operates a Calgary company called Vital Partners Inc.

Among the company's services, it brokers supplementary health insurance, including for some coverage delisted through recent legislative changes advanced by Shandro.

Incorporation documents show Shandro and his wife are part owners of Vital Partners through their holding company, Shandro Holdings. Andrea Shandro's sister is the other owner.

The United Conservative Party government released a letter late last week from Alberta's ethics commissioner, Marguerite Trussler, which said Shandro is not a director of the company, had transferred his shares to a blind trust, and is in compliance with the Conflicts of Interest Act.

But that has not quelled public concern, especially among doctors, that Shandro is in a conflict of interest as he advances major changes to the province's healthcare system during the COVID-19 pandemic.

As reported earlier Friday, Shandro and his wife went to the home of Calgary physician Dr. Mukarram Zaidi on Saturday evening after Zaidi reposted a derogatory meme on Facebook.

Over a photo of Shandro, a bubble caption reads: "So every Albertan I can kick off health care is another client we can sign up for Vital Partners. We will be rich!"

Zaidi said Tyler and Andrea Shandro, who live in his neighbourhood, yelled at him as he stood on his driveway and as his wife and children watched from inside the house. He said the Shandros told him they were receiving death threats.

"He said, 'Delete your post.' I'm like, 'OK, I will just go delete my post. But let's go home.'" Zaidi said. "Because he was not in a shape or form to have a discussion because he was yelling, crying and his wife was yelling."

In a statement from his press secretary, Shandro acknowledged the incident with his "long-time acquaintance and neighbour" but justified it, saying his wife had received "a number of threatening emails and phone calls at her place of work. Defamatory social media posts like that posted by Dr. Zaidi were contributing to these attacks."

"The minister will always stand up for his wife — especially in the face of harassment and threats," the statement said.

Shandro's press secretary did not respond to a request from CBC News for copies of the threatening emails and calls apparently received by Shandro's wife.

At Friday's news conference, Notley said tensions between doctors, frontline health care workers and Shandro have been building for months.

"The Minister has fostered an antagonistic relationship with doctors and health care workers who just want to work with him," she said. "He used his platform as minister to call doctors overpaid, to accuse them of engaging in shady billing practices and, as recently as last week, his staff suggested doctors were cold calling him.

"Albertans — as if they were telemarketers."

Notley said that "rather than work to repair this relationship it is clear that this minister has gone the opposite route he's becoming defensive and angry."

CBC News also obtained email exchanges between Shandro and two private citizens in which he threatened to the send the legislature's protection services after one woman and called another person "crazy."

The emails from the citizens contained no threats against either Shandro or his wife, and Shandro has no authority to direct protective services to contact people.

"He went to a private citizen's home to intimidate him in front of his family?" she said. "To say that is poor judgment is a huge understatement. What was going through his head?"

Turnbull said health professionals across the country are staying calm and providing assurances to the public during an extremely dire time.

"It seems like this health minister is not focused on the pandemic at all, which puts him obviously in a category of his own among health ministers and health practitioners in the country," Turnbull said.

"At a time like this when we are looking to them for leadership, he is out intimidating people."

If you have information for this story, or information about another story, please contact us in confidence at cbcinvestigates@cbc.ca