Alberta mother worries about cuts to the disabled

The province says it will go ahead with proposed cuts to the Persons with Developmental Disabilities (PDD) program despite growing outrage from parents and desperation from associated agencies. 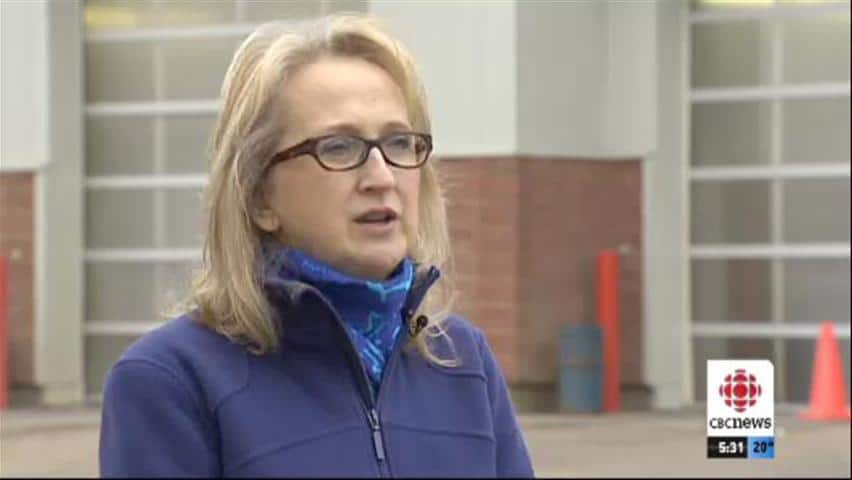 The province says it will go ahead with proposed cuts to the Persons with Developmental Disabilities (PDD) program despite growing outrage from parents and desperation from associated agencies.

Just over a week ago, hundreds gathered outside the Alberta Legislature to protest the cuts, which one advocacy group estimates to be in the range of $60 million.

At the time, the province said it would reconsider — but now Associate Minister Frank Oberle says the cuts must go ahead.

The province is still trying to curb the impact of the cuts, he added.

"There is a transformational change issue that we want to proceed with," he said. "And it's not new this year. We've been talking about it for a long time."

This worries Oxanna Lozowy. Doctors once told her that her son Roman — who has autism — would never speak.

Today, however, Roman not only lives on his own, but is also holding down four jobs.

Lozowy worried what cuts will mean for her son

To keep up with his busy schedule, Roman relies on a team of support workers supplied by the Winder Inclusive Community Service.

But now Lozowy has been told that her son’s support workers will have their hours cut when the agency that helps Roman loses more than one tenth of its budget on Canada Day.

"Our organization is about getting people involved in their communities in meaningful ways," said Buddy Winder. "It is about helping people get jobs. And we've been very successful at that. And so now, we're rewarded with an 11 per cent cut. (It’s) so very frustrating."

Lozowy is worried that her son will become depressed and isolated, as has happened in the past, once less support is available to him.

She says she is not sure what the family can do to fix the problem this time.

"It’s not like we can access another organization that’s going to provide him additional support, because those supports won’t be there," she said.

"We just can't believe that this is happening in Alberta," she added. "People come here for the supports and services for their loved ones who have developmental disabilities."

This isn’t the first time provincial cuts have affected her son, said Lozowy.

"This government over the last several years has been doing this to us over and over again," she said. "So, your heart just stops and skips a beat because you're thinking, 'OK, here's another cut. How's this going to affect our son?'"