If your idea of ice fishing involves some poor soul shivering away on the frozen surface of a remote lake, you might be in for a shock.

If your idea of ice fishing involves some poor soul shivering away on the frozen surface of a remote lake, you might be in for a shock.

Demand for a more comfortable experience has prompted several Alberta companies to start renting shacks that rival high-end campers in the amenities they offer.

This is the first winter for the Stony Plain based business, which Piche bills as "an experiential rec [recreation] and social company." 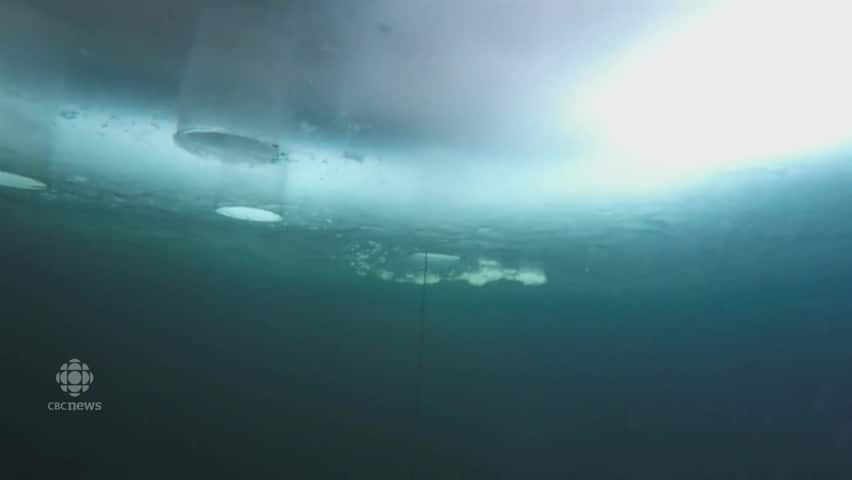 'Putting the luxury into ice fishing'

PIche's goal, in addition to making money, is to make it easier and more enticing for people to get outside and enjoy what winter has to offer in Alberta.

Piche's luxurious shacks, which he puts on Wabamun Lake, are the biggest factor in achieving that.

"We threw a bunch of stuff in there," said Piche. "We've got two TVs on board, one purely dedicated for the fish camera with a rotating pan and tripod so you can look 360 degrees in the water."

The other TV offers a satellite feed and video games for when the fish aren't biting.

"We have an 801-video game machine emulator and a DVD player," said Piche, adding that sports are also available. "Whether it'd be some local NHL, NFL, whatever the sport is, we're able to have that going on as well."

There's also a barbecue for cooking your catch and if you like a beer or two with your fishing, you'll be relieved to hear the shacks are also equipped with toilets.

For those who do decide to do some actual ice fishing, the shacks also come with tackle and — of course — holes in the floor.

Renters bring their own food, water, bedding and outdoor gear but everything else is taken care of, including heat from a propane furnace.

He used sturdy sheds as the foundation for his shacks with the larger, fully equipped ones costing in the range of $30,000.

That's probably why most opt to rent rather than buy.

There are also options for guests wanting to stay for one or more nights, and an "Ice Pub" for quick trips.

"That's a day-use, drop-in type of arrangement there, and that one's $65 per person for the day" said Piche. "You can kind of drop in, hang out with some other folks, do a little bit of fishing."

Further south, Kim Carmichael is also in her first season of offering luxury fishing shacks for rent on Sylvan Lake.

So far business is good for Carmichael's company, Cool Toyz.

"Interest has been quite high and we've had a diverse group of customers since we opened our doors," Carmichael said. "Many are beginners."

Sylvan Lake is already well-established as a tourist draw so there's plenty to do outside of ice fishing.

"You can go skating out at the outdoor range, walk the marina — it's all lit up at night. There are local shops and restaurants," said Carmichael. "It was just the perfect area to attract visitors."

It's a very comfortable and fun day to spend out on the lake to learn something new, or to show up and everything is luxury and provided for you.- Kim Carmichael

A visit to a luxury fishing shack can be a mini holiday, appealing to the whole family, she said.

"I believe it's because people want to spend time with their family and introduce them to new things," Carmichael said.

"It's a very comfortable and fun day to spend out on the lake to learn something new, or to show up and everything is luxury and provided for you."

Cool Toyz currently has two shacks available for rent but there is room to grow, Carmichael said.

"We wish that we had three more for this season. We believe next year we'll be running with about six shacks."

She believes there might also be a market to sell luxury shacks to people who want to own one.

"As far as building them for other people, we're definitely open to that."