7 things worth looking for at the Alberta Legislature grounds

This week the province turned 115 years old and at the centre of this heritage is the Alberta Legislature in Edmonton.

After a stroll this long weekend? Be on the hunt for these gems on the legislature grounds

Matt Piper is one of those lucky people who love their job.

The heritage interpreter at the Legislative Assembly of Alberta gives tours of the iconic building and the extensive grounds at 10800 97th Ave.

His brisk walking pace is a signal there's a lot to take in.

The wading pools and fountains remain closed due to COVID-19, but there's still lots to see including the gift shop and theatre. You can even take a tour if you register ahead online.

Here are some of the hidden gems on the grounds that are sure to surprise if you're willing to do a little searching.

Not far from the left turn from 97th Avenue onto the High Level Bridge is a stump of petrified wood. Scientists estimate the stump found near Peers, Alta., is between 10 and 20 million years old. Petrified wood, it turns out, is the official stone of Alberta.

Nestled between the wading pools and the periscope near the Alberta Legislature Annex building stands a work by Franco-Alberta artist Herman Poulin. The work combines a fleur-de-lis and a wildrose, the official flower of Alberta.

"The wildrose is designed like an open book, so it represents the importance of Francophone culture, literature and the language in Alberta," says Piper, who confesses this is his favourite work on the grounds.

He points out small impressions on the work, the fingerprints of 1,166 Franco-Alberta children from across the province. 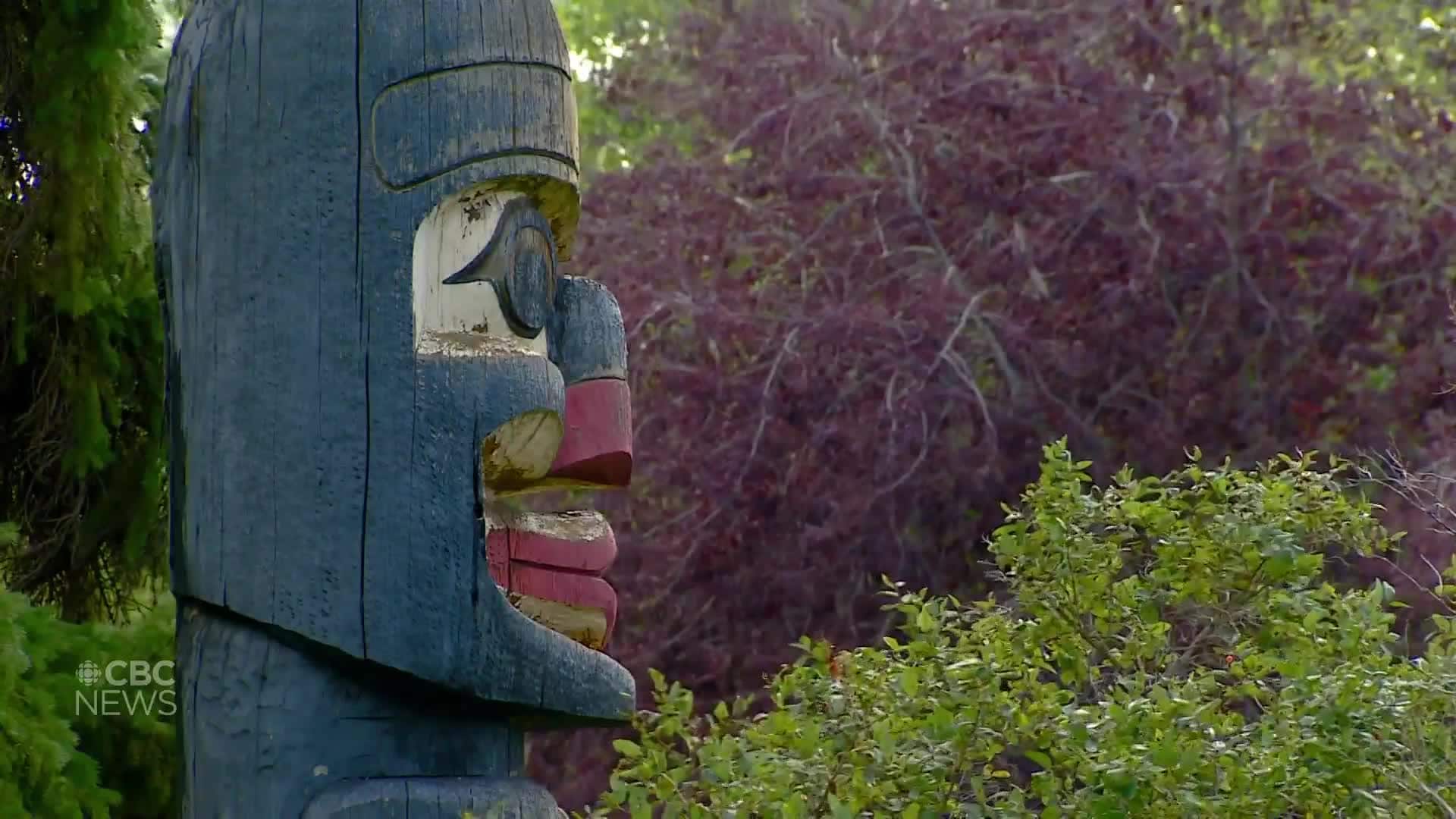 'It's just a great public space'

4 months agoVideo
1:30
Tag along on a tour of some of the highlights to be had on the grounds of the Alberta Legislature in Edmonton. 1:30

Right next to the lawn bowling pitch you'll find this work by Turnour Island First Nations artist Oscar Matilpi. The totem pole was donated to Alberta in 1971 by British Columbia First Nations to mark the 100th anniversary of that province joining confederation.

You can see more from the grounds of the Alberta Legislature on this week's Our Edmonton Saturday at 10 a.m., Sunday at noon and holiday Monday at 11 a.m. on CBC TV and the CBC GEM.

One of the newer spaces on the west side of the legislature grounds was unveiled in June 2017. The Canada 150 Garden features 13 bushes representing the ten provinces and three territories, and 4,500 decorative paving stones. Ongoing restoration of the legislature means you may have a tough time taking a picture of the maple leaf in the middle.

Erected in 1991, a triptych honouring the three waves of Ukrainian settlers to the province is located on the northwest grounds near the dome fountain. The triptych doubles as a time capsule set to be open in 2091.

The sculpture near the south amphitheatre is a cracked kiddush cup with barbed wire around the base. Below the work created by Susan Owen Kagan, an inscription from pastor Martin Niemöller reads, "When you stand here be silent, when you leave, be not silent."

The flame directly south of the legislature building commemorates the first 100 years of confederation. Piper and other tour guides will tell you the natural gas flame has never been extinguished by the elements, flickering through snow, rain, wind, even the infamous Edmonton Tornado of 1987.