Alberta Premier Jason Kenney announced a minor cabinet shuffle on Tuesday that changes the portfolios of two current ministers and adds a new face to his front bench.

Doug Schweitzer moves from Justice to the new ministry of Jobs, Economy and Innovation

Alberta Premier Jason Kenney announced a minor cabinet shuffle on Tuesday that changed the portfolios of two ministers and added a new face to his front bench.

Doug Schweitzer has moved from Justice to the new ministry of Jobs, Economy and Innovation, which replaces the ministry of Economic Development, Trade and Tourism. Tanya Fir, the former minister, has been dropped from cabinet and moved to the backbench, where she will continue to serve as the MLA for Calgary-Peigan.

Kaycee Madu moves to Justice, while Tracy Allard, the MLA for Grande Prairie, takes over his former spot in Municipal Affairs.

"Additional functions will be added to the ministry over the weeks and months to come," Kenney said, adding that Schweitzer would be responsible for implementing the economic recovery plan introduced earlier this summer.

As for Fir, Kenney said he appreciated her service on cabinet.

"From time to time, inevitably there are going to be changes in the lineup and responsibilities in cabinet as you try to get exactly the right people in the right spots at the right time," he said. "And that's what today is about."

Schweitzer, Madu and Allard were sworn in Tuesday morning by Lt.-Gov. Lois Mitchell, her last public duty before her successor Salma Lakhani assumes the role Wednesday. 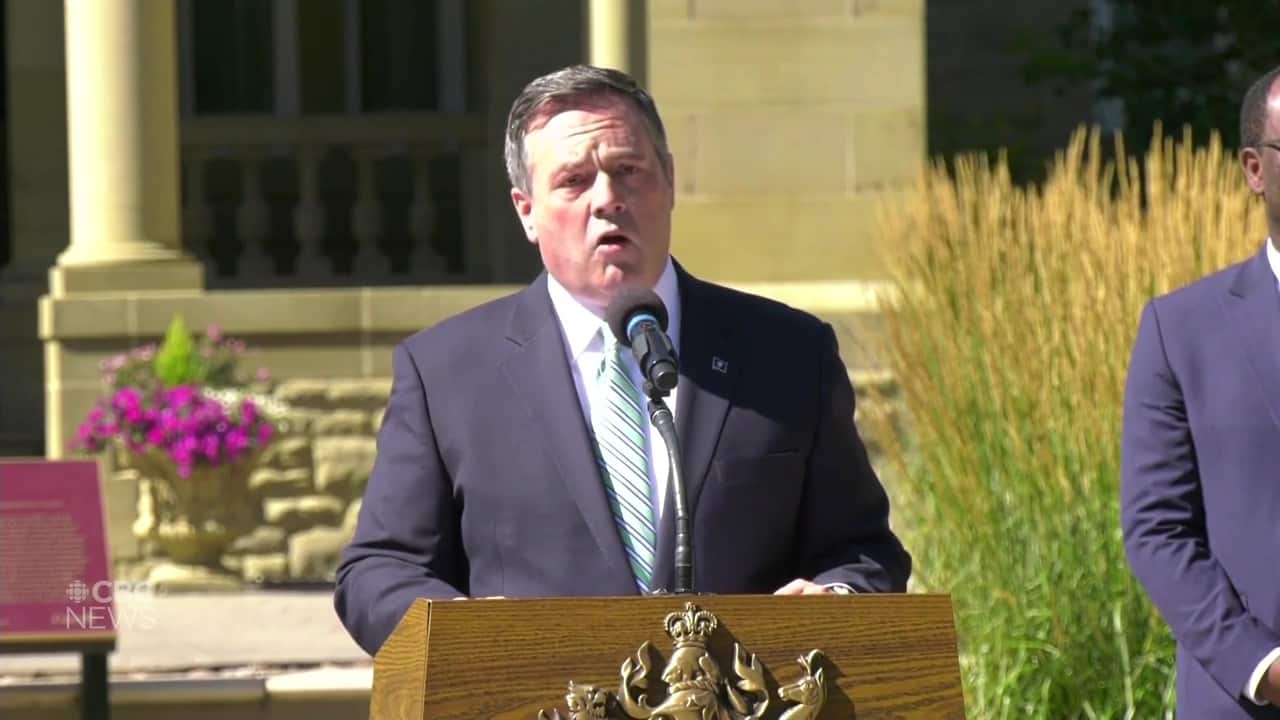 1 month ago
1:19
Premier Jason Kenney announced several changes to his cabinet , but is keeping Health Minister Tyler Shandro in his position, despite criticism from the Opposition. 1:19

NDP finance critic Shannon Phillips dismissed the cabinet changes and accused the premier of putting "a new salesman" in charge of his failed plans for the economy.

"Shuffling out the economic development minister is an admission that the jobs crisis, particularly here in Calgary, is real," Phillips said. "I am disappointed that the solutions are not real.

"Nothing seems to have been updated in this government's thinking to respond to the very real economic challenges that we now see in 2020."

It is the first cabinet shuffle since Kenney led his United Conservative Party to a majority win over the province's first NDP government in April 2019, on a platform of jobs, economy and pipelines.

In his second year as premier, Kenney has had to deal with the COVID-19 pandemic and the economic impact of the global plunge in oil prices.

Before the shuffle, Kenney had 19 ministers in his cabinet and three associate ministers.