Alberta Health Services to lay off up to 11,000 staff, mostly through outsourcing

Alberta Health Minister Tyler Shandro has softened an aggressive plan to lay off front-line staff, including nurses, and extended the timeframe for a massive overhaul of the province's health-care system citing the ongoing COVID-19 pandemic.

Between 9,700 and 11,000 employees to be laid off in laboratory, linen, cleaning and in-patient food services

Alberta Health Minister Tyler Shandro has softened an aggressive plan to lay off front-line staff, including nurses, and extended the timeframe for a massive overhaul of the province's health-care system citing the ongoing COVID-19 pandemic.

Between 9,700 and 11,000 AHS employees will be laid off, most of whom work in laboratory, linen, cleaning and in-patient food services.

Those jobs will be outsourced to private companies. 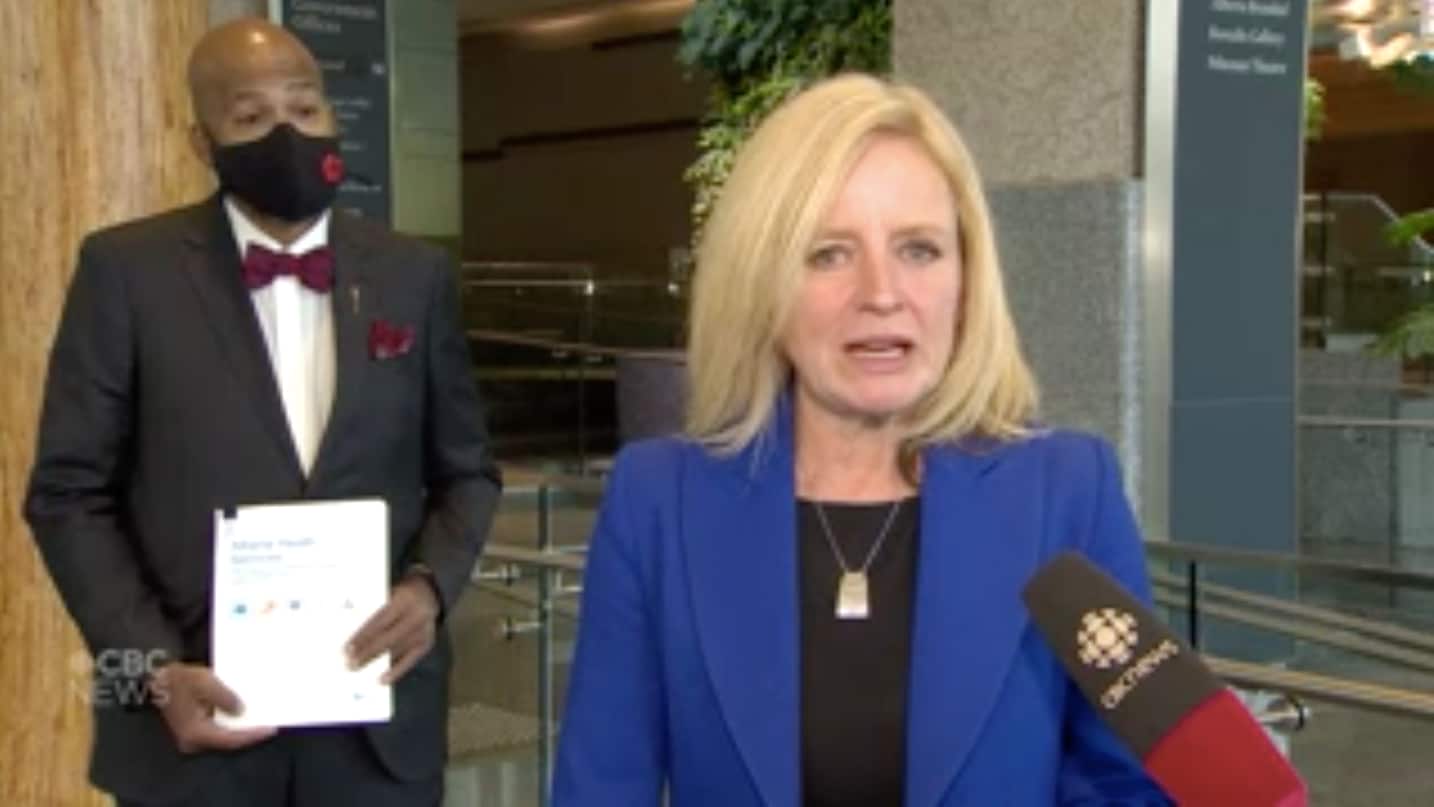 3 months agoVideo
4:36
Between 9,700 and 11,000 Alberta Health Service employees to be laid off in laboratory, linen, cleaning and in-patient food services. 4:36

Unions representing Alberta's health-care workers say there will be major labour strife if the government follows through on the proposed restructuring plan underpinned by thousands of layoffs.

"When this all comes out, it is going to be a powder keg — and that powder keg could blow," Alberta Union of Provincial Employees (AUPE) vice-president Susan Slade said.

"The level of anger out there amongst our members was already very high," he said.

"Obviously we're going to do everything we can to fight these job losses at the bargaining table and in the streets."

Shandro said he decided to slow the aggressive implementation of recommendations contained in the Ernst & Young cost-cutting review of AHS, which was released in February.

"While we're still committed to the goals of the review, our global landscape has changed significantly, namely by responding to the pandemic," he said.

"And I have directed AHS that nothing must compromise this response.

"This is why we're only prepared to proceed with a portion of the actions identified in the AHS implementation plan."

No front-line staff layoffs during pandemic

Shandro said there will be no lay-offs of front-line staff such as nurses during the pandemic.

But he said AHS will eliminate some of those positions through attrition and, when pressed on whether there will be layoffs of front-line staff after the pandemic, he said, "I think any involuntary reductions will be minimal."

The minister said the cuts are eventually expected to save up to $600 million annually and there will be a "long-term and gradual" implementation of the plan.

CBC News previously obtained a draft copy of the AHS implementation plan, dated July 29, that contained more aggressive cost-cutting measures that the health authority estimated would save between $837 million and nearly $1.2 billion annually.

The proposed plan included the elimination of up to 10,300 full-time equivalent positions — including hundreds of nursing and clinical support positions — estimated to impact as many as 16,700 full- and part-time employees through layoffs and job displacement.

Many changes from draft plan to continue

But many of the proposed changes from the draft plan, including those that would download costs to the public and particularly seniors, are continuing. For example, AHS will:

He said Shandro's bellicose public behaviour toward doctors and unions will make it nearly impossible to successfully implement the changes, which require collaboration with staff.

"The irony is that the government is right about many of the problems in the system; it just has no clue about change management," Lewis told CBC News.

In a later interview, Lewis said "historically, it has been very difficult to bludgeon any major group in the system into large-scale change. So if you think you're in a position to win battles that no one has won before, good luck to you."

Health policy expert Dr. Michael Rachlis told CBC News that if Shandro had implemented the majority of the plan within the original three-year time frame it would have caused "chaos" in the province's health-care system.

"I think my members would respond the way any worker would to the notion that an employer is just going to bore full speed ahead with decimating workplaces and refusing to give any consideration to assisting employees that they are discarding.

"People will only take so much," said Smith, whose union represents 29,000 nurses.

Leading up to the provincial election last year, Premier Jason Kenney signed a pledge to maintain the province's public health-care system, saying he believed the government could find savings without affecting front-line services.

AHS acknowledged in the draft plan that it expects protracted labour turmoil, even potential illegal strikes.

The relationship between the UCP government and doctors and health-care unions is already severely strained following a series of legislative initiatives.

In late 2019, the government passed legislation that gave it the power to unilaterally terminate its contract with the province's doctors. 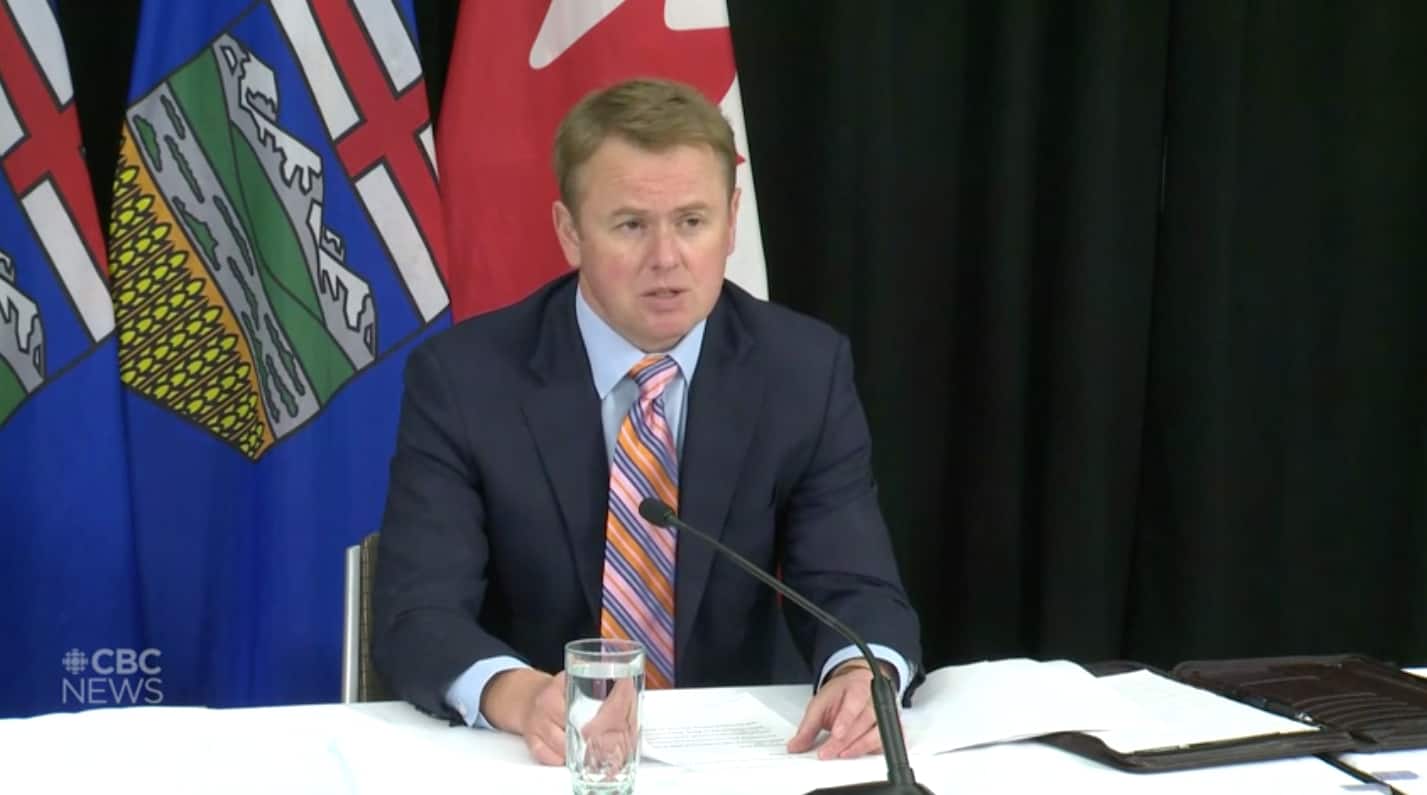 Alberta Health Services to lay off up to 11,000 staff

3 months agoVideo
2:00
Alberta Health Minister Tyler Shandro said the changes will save up to $600 million annually once they are fully implemented. 2:00

The government also passed Bill 32, which placed restrictions on where unions could picket, and how they could use union dues for political purposes. That legislation is being legally challenged by the AUPE, which maintains it is unconstitutional.

Earlier this month, Finance Minister Travis Toews criticized the UNA for refusing to again extend the resumption of collective bargaining negotiations until March 31, 2021 due to the pandemic.

The UNA wanted layoffs postponed until a new collective agreement was reached, but said AHS rejected that proposal.

"UNA's overreaching and disingenuous demand for indefinite job security is a shameful effort to take advantage of a health crisis," Toews said in an emailed statement.

Heather Smith said the UNA is already canvassing members to determine their willingness to push back against "the massive rollbacks we face at the bargaining table currently."

Slade, the AUPE vice-president, echoed Smith, saying for months there has been "significant" talk among members about job action.

She said even while many in the province are struggling due to the pandemic and the downturn in the energy industry, "this government and Alberta Health Services are just sitting back and they're getting people's pink slips ready for when this pandemic is over.