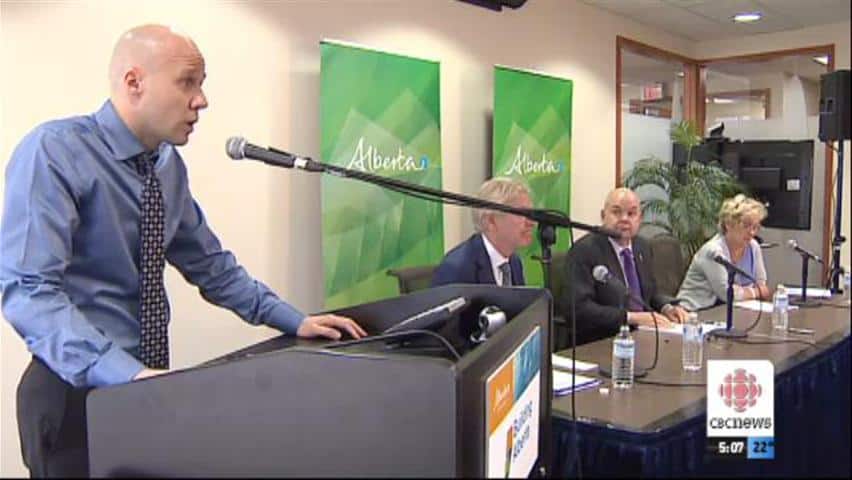 The provincial government fired five senior Alberta Health Services executives today as part of a shake-up that could see 80 vice-president positions whittled down to ten.

The move follows a review that found the system is top-heavy with managers and should focus more on supporting health-care providers.

"We've heard a lot of criticism over the years about the weight of bureaucracy in AHS. It’s time to look at it, it’s time to go," said Dr. Chris Eagle, CEO of AHS.

"I don’t know what the right number is right now, but we have to decrease that number."

In addition to the five positions eliminated, the plan calls for 65 other senior executives to be reassigned to positions that better support front-line staff, says Janet Davidson, who led the review.

"Health care... is a people business. It’s all about people," Davidson said. "You have to design and structure your organization to support the people."

The governance review came after Horne fired the entire AHS board on June 12 shortly after the release of a report that was highly critical of the organization’s operations.

The report described a lack of "stability in leadership" and a "tendency on the part of the government to become overly involved in AHS operations."

It also says greater performance should be expected considering how much money the government spends on health care.

It recommended a slimmer management structure, with every level of administrative position being justified in terms of what it would do to improve patient care, teaching or research.

Davidson also called for improvements in the way that AHS consults with patients and other stakeholders.

with files from CBC's Charles Rusnell and Canadian Press