Alberta reported 18 new cases of COVID-19 on Monday, bringing the total number of cases to 74, including five people who have been hospitalized, says the province's chief medical officer of health.

Total number of cases in Alberta rises to 74 on Monday 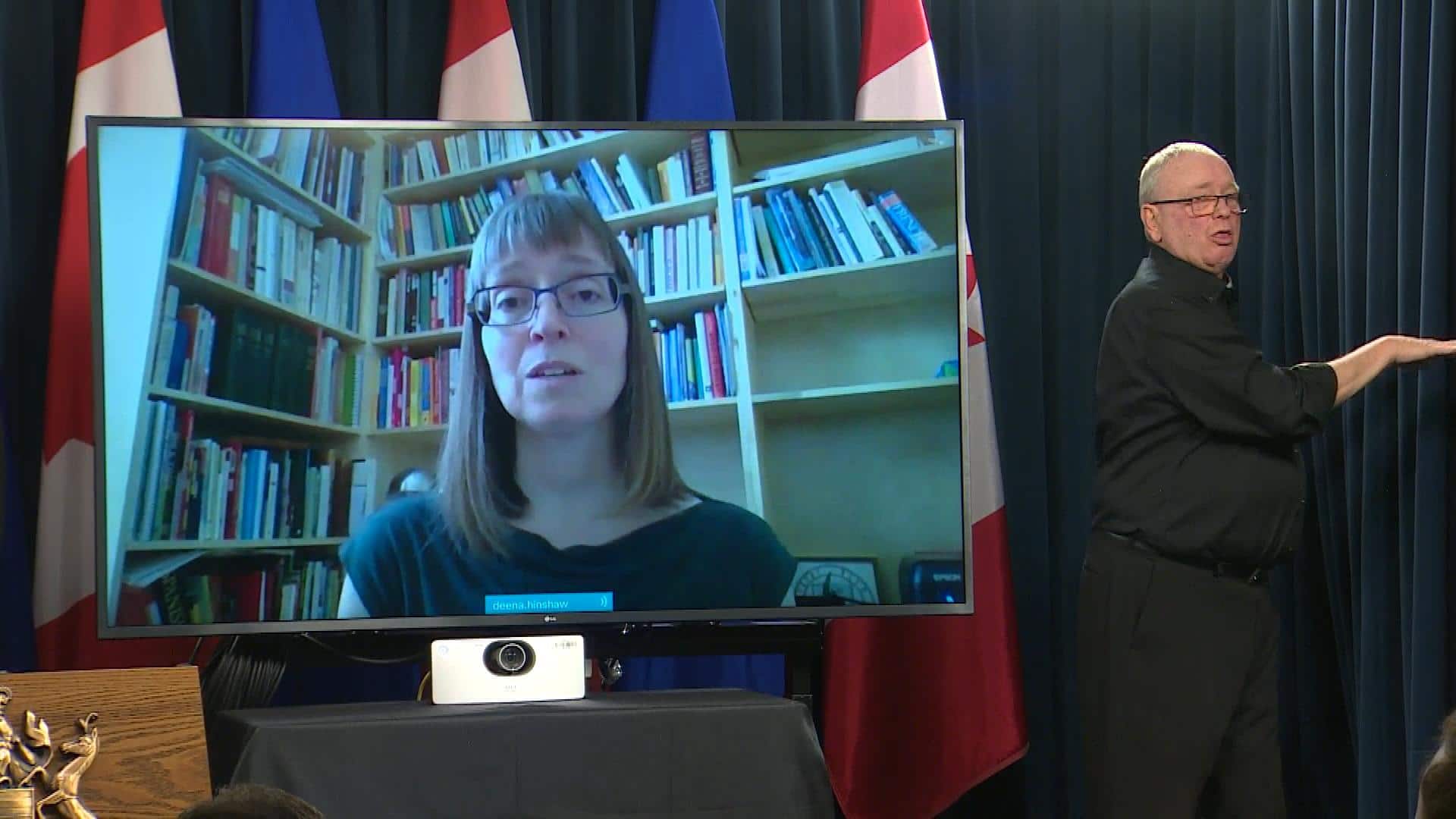 'The best thing we can do is stay home within Alberta'

10 months agoVideo
0:57
Dr. Deena Hinshaw, Alberta’s chief medical officer of health, says travelling outside the country not only put travellers at risk, but also the rest of their community at home. 0:57

Alberta reported 18 new cases of COVID-19 on Monday, bringing the total number of cases to 74, including five people who have been hospitalized, says the province's chief medical officer of health.

The province reported one case each in the north and south health zones, which means the illness has now been found across Alberta, said Dr. Deena Hinshaw, who was among the thousands of people self-isolating during the pandemic after she experienced mild symptoms consistent with the common cold.

"This is what our new normal looks like," Hinshaw said on a video-conference call set up in the media room at the Alberta legislature.

"I would say the risk for Albertans can't be categorized as a simple low, medium or high at this point."

"The risk has increased [with] community transmission and Albertans need to be mindful that the things that they do every day. The choices they make in their everyday life can save lives. Staying home when they're sick, that can save lives."

Though her symptoms do not appear to be consistent with COVID-19, Hinshaw said she was tested on Monday and is now waiting for results.

"It is important to note that no one is exempt from staying at home even if they have mild symptoms," she said.

She said she continues to perform all of her duties.

"Though I know it is not possible for everyone, the ability to work from home is going to become more important for those in occupations where it is possible," Hinshaw said.

Hinshaw said the province has no current plans to close down restaurants, bars or casinos, as other jurisdictions have done.

Hours after the federal government closed off the country to most foreign travellers, Hinshaw said limiting flights from outside Canada may help slow the spread of the virus.

Information will be distributed at all Alberta airports telling travellers arriving in the province what to do and when and how to self-isolate.

The total number of cases in Alberta includes: