A Cree man in northern Alberta has successfully fought an illegal fishing ticket after arguing he was exercising his treaty rights. 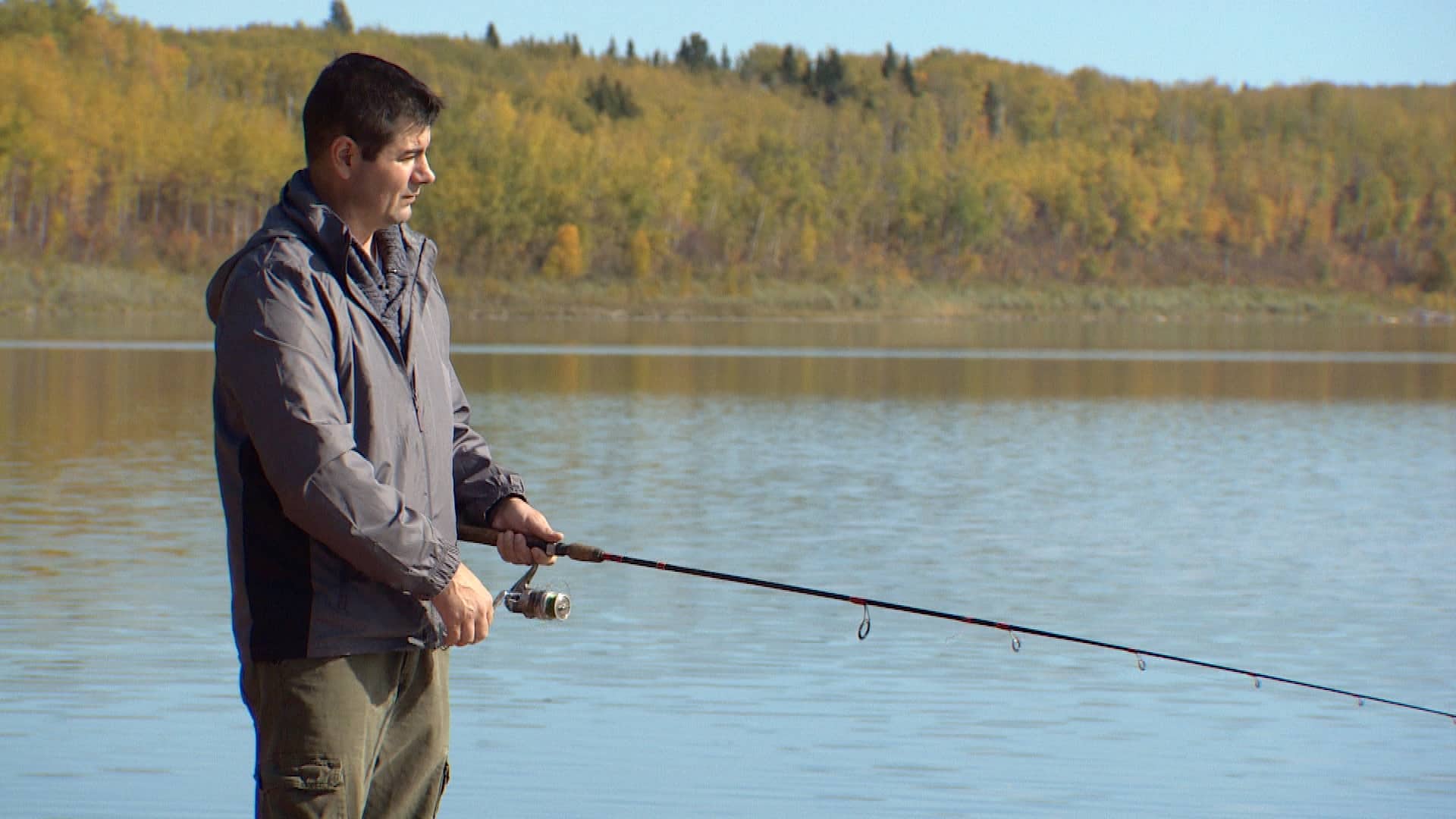 'People were looking at us like we were poachers'

2 years agoVideo
2:17
Clayton Cunningham was teaching his children how to fish but says his treaty rights were violated when a Fish and Wildlife officer gave him a ticket for illegal fishing. 2:17

Clayton Cunningham grew up fishing for walleye in the pristine waters of Beaver Lake in northern Alberta, just like his father and grandfather before him.

Last year he was passing the Cree tradition down to his two children when a conservation officer charged him with illegal fishing and confiscated their fish.

"It was embarrassing because essentially people were looking at us like we were poachers when we're just exercising the treaty rights that we've always had," Cunningham said in a recent interview with CBC on the shores of Beaver Lake, as he recalled the May 21, 2017 incident.

Under treaty rights, Indigenous people who acquire a licence can harvest an unlimited number of walleye with a net. But under Alberta government's rules, at that time, all walleye caught for sport had to be released.

Cunningham, who had a licence, said he was fishing with a rod for food. The conservation officer told him that was considered sportfishing.

Cunningham handed over his catch and then tried to explain to his eight-year-old son why the conservation officer took their fish.

Cunningham, who is a member of Sucker Creek First Nation, submitted a written notice that he planned to challenge the constitutionality of the ticket in court.

In the document, he argued that fishing rights of Indigenous Canadians are protected by the Constitution and Treaty 8.

"Mr. Cunningham was exercising his Fishing Rights," the document states. "He was teaching his eight-year-old-son how to fish in accordance with his Cree culture, by only keeping the fish he and his family would eat."

He argued it was "patently unreasonable" that provincial rules limit the number of walleye he could catch with a rod while a licence allows treaty Indigenous people to catch an unlimited number of walleye.

On Sept. 11, the Public Prosecution Service of Canada notified Cunningham that his ticket had been stayed.

"The province recognized the issue that you aptly pointed out," wrote (counsel) Erin Eacott. "Namely, Indigenous people could net fish with no harvest limit, but when angling with rod and reel on the same lake, such as Beaver Lake, had to abide by harvest limits (quotas). It was recognized that some Indigenous people would prefer to angle than net fish to provide food for themselves and their family."

As of 2018, the province created a new system where Indigenous people could acquire a licence for both net and rod fishing, Eacott added.

In an emailed statement, Indigenous Relations Minister Richard Feehan explained Alberta's policies have been updated to allow Indigenous people to harvest fish for food with a rod and reel, rather than just a net. Conservation officers have been made aware of the updated regulations and the seized fish will be returned, the email added.

But three weeks later, Cunningham still hasn't been given his fish back. He said he would also like an apology.

It's not the first time Indigenous Albertans have spoken out after being charged with illegal fishing. Last year fish and wildlife officers were filmed seizing smoked fish at the Conklin Metis Cultural Camp, about 150 kilometres south of Fort McMurray. In that case, Feehan apologized and eventually the province dropped the charges.

But Cunningham still wishes he had his day in court.

"Just to vindicate myself in front of a judge and in front of the public, because it's not fair that the provincial government fish and wildlife officers treat people this way," said Cunningham.

"And if I didn't have a background training in law, there's no way i would have been able to spend the $10,000 to hire a lawyer to defend myself. I would just end up pleading guilty and having to pay the fine. And this is what happens over and over again."