Alberta to relaunch Thursday but COVID-19 restrictions to remain for Calgary, Brooks: Kenney

Alberta will proceed to the first phase of its relaunch plan on Thursday, though Calgary and Brooks will reopen more slowly than the rest of the province, says Premier Jason Kenney. 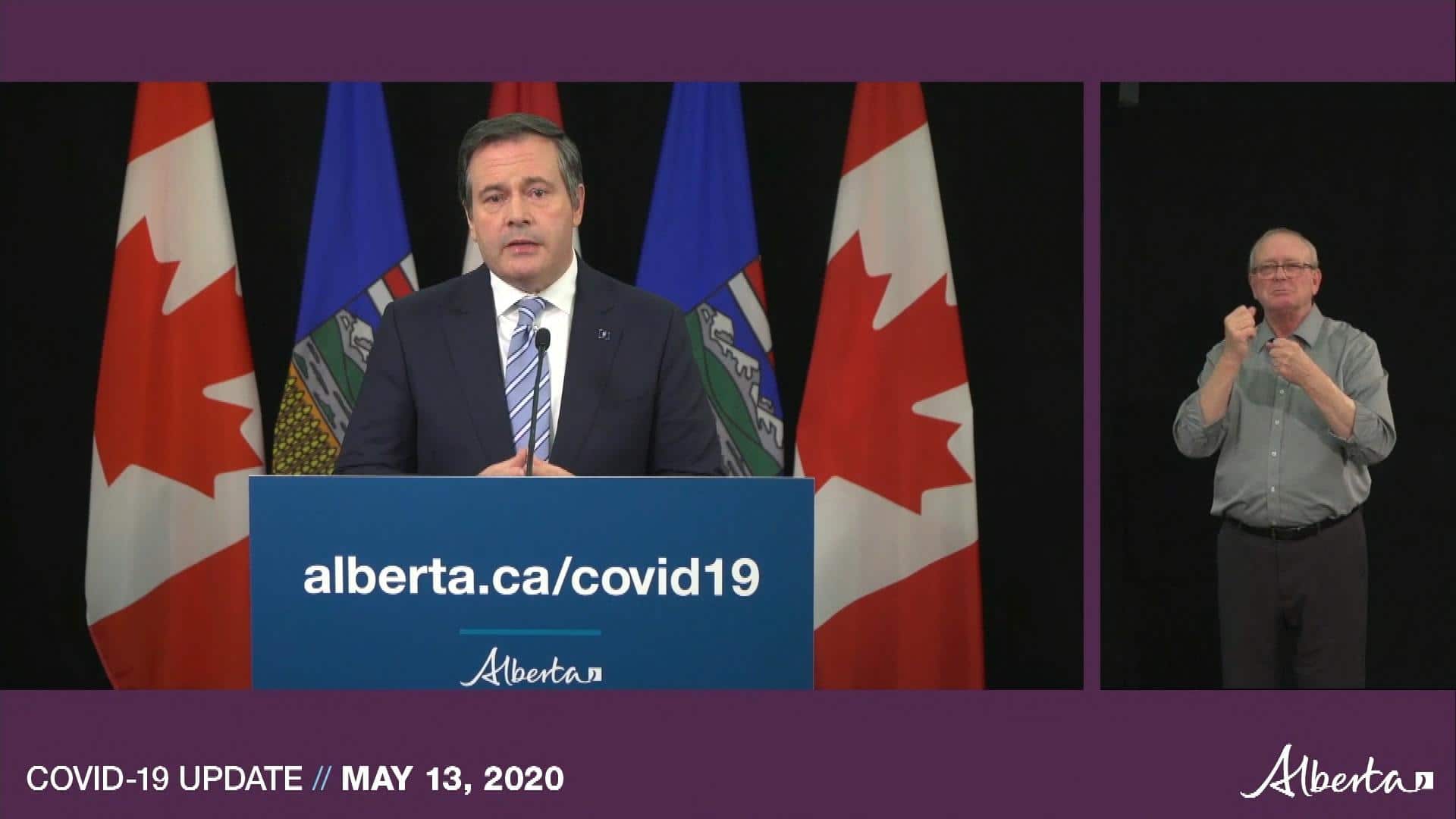 10 months ago
3:49
Alberta will proceed to the first phase of its relaunch plan on Thursday, though Calgary and Brooks will reopen more slowly than the rest of the province, says Premier Jason Kenney. 3:49

Alberta will proceed to the first phase of its relaunch plan on Thursday, though Calgary and Brooks will reopen more slowly than the rest of the province, says Premier Jason Kenney.

Citing a litany of encouraging statistics about case numbers and hospitalization rates, Kenney announced at a news conference on Wednesday that the first stage of the relaunch will go ahead as planned in most parts of the province.

When provincial projections were released last month, the models projected that hospitalizations for COVID-19 would likely peak at around 600 in mid-May, with ICU-bed usage peaking at around 190.

Instead, Kenney said, the combined usage of hospital beds so far peaked at 96 on April 30 and has been falling since.

Most encouraging, the premier said, is the surging number of people who have recovered from the illness, who now outnumber those with active cases by more than four to one.

"All of these numbers add up to a very successful stand, so far, against COVID-19 in Alberta," Kenney said.

Starting Thursday, retail stores, hair salons, museums, daycares and day camps will be allowed to open, with restrictions, and people will be able to dine in restaurants and cafes with up to 50 per cent capacity.

However in Calgary and Brooks, restaurants, cafes, hair salons and barbershops won't be allowed to reopen until May 25.

On June 1, places of worship and day camps will be allowed to reopen in Calgary and Brooks.

"Let me be clear," Kenney said. "No one should suggest that Calgary or Brooks are in any way unsafe. That would be wrong.

"The number of active cases in Calgary is only 74 per 100,000 people, compared to 29 per 100,000 people provincewide. So the risk is low for Albertans wherever they live. And we are all in this together, regardless of where we live."

Businesses on the approved list for stage one will be allowed, but not required, to reopen on Thursday.

"If we slack off ... maybe people we love will suffer. And if cases and hospitalizations spike, we'll have to reintroduce either regional or provincewide restrictions again."

But if stage one goes well, the province will move into stages two and three of the relaunch, the premier said.

Stage two would not begin any earlier than June 19, Kenney said.

"Throughout each phase, there will be an evaluation and monitoring period to determine if we need to adjust restrictions up or down.

"We'll closely watch hospitalization and ICU rates in particular. Where hot spots and outbreaks occur, they will be closely monitored with widespread testing and tracing to manage them, as we did in High River, as we're doing right now in Brooks and Calgary."

At the news conference, the premier and Dr. Deena Hinshaw, the province's chief medical officer of health, updated the latest COVID-19 numbers and outlined the plan to begin reopening sectors of the economy. 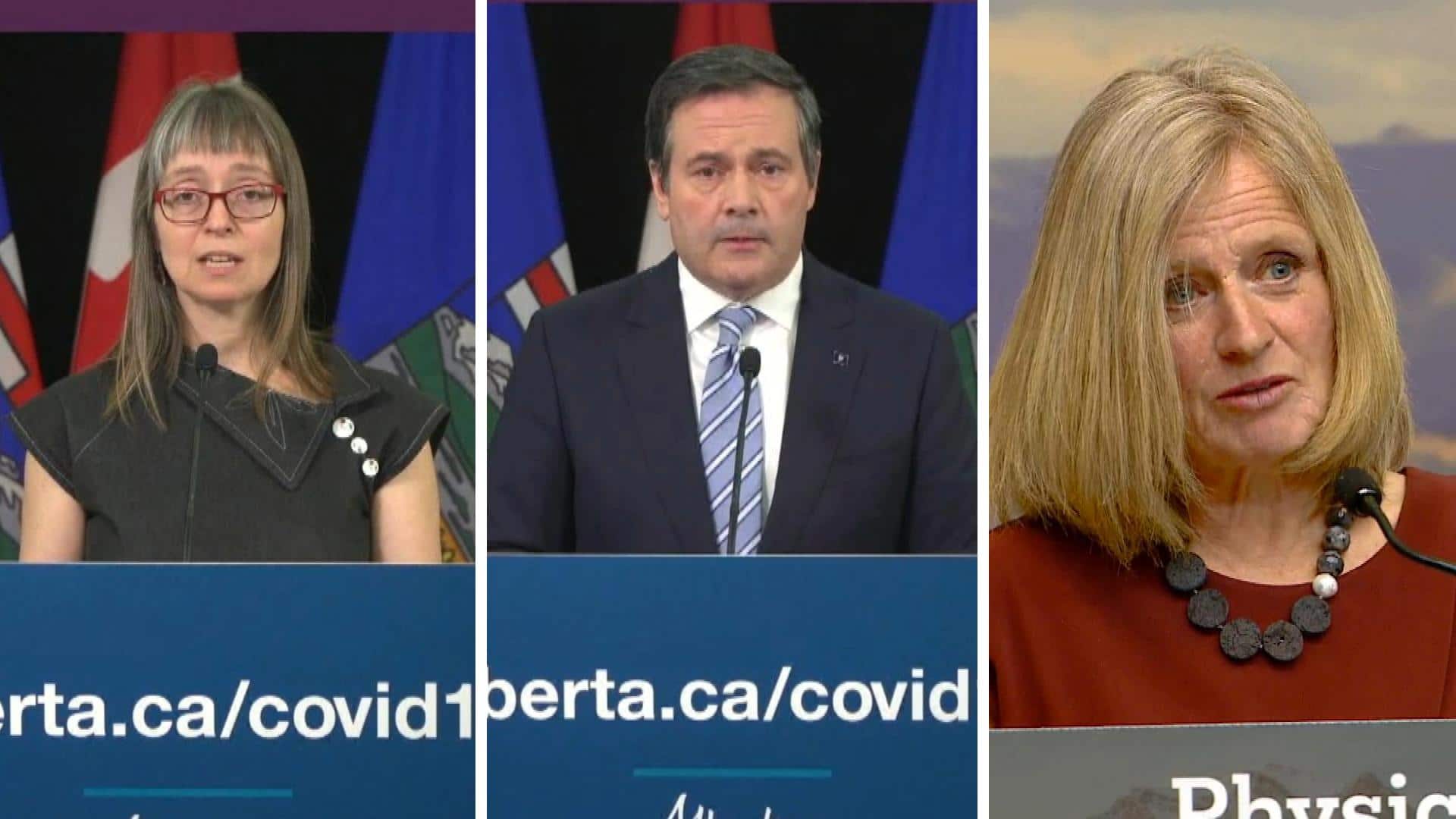 'We do not want to go back'

10 months ago
1:42
The province's top doctor says it is up to all Albertans to continue to practice physical distancing and follow health guidelines as Alberta moves into Stage 1 of the relaunch strategy. 1:42

The regional breakdown of cases on Wednesday was:

Kenney acknowledged some people are impatient and want the relaunch of the economy to move more quickly.

"To be blunt with you, I'm impatient to move forward," he said. "But … my impatience must be governed by the data and the public health advice. And that's the tension that we've been trying to get through as the emergency management committee of cabinet.

"And whenever I'm thinking of allowing my impatience to get the better of me on the decision making here, I just remember what the consequences would be if we reopened things too quickly and end up with significant second waves."

It is safer to reopen the province gradually, Kenney said, so the public health experts have the data to make certain the province isn't losing the ground gained through public sacrifices over the past two months.

"There have been real, serious sacrifices," he said. "And the last thing, as premier, that I want to do is to waste the progress we've earned through those sacrifices by acting rashly.

"So we can be proud of where we are, and let's also remember — very important to underscore this — that, look, I know there's a segment out there who would like us to take a zero-risk approach and shut pretty much everything down indefinitely.

"That is not the approach that Alberta has taken. We have taken a thoughtful, prudent, data-based, incremental approach. We've done very well and we've done it while having more of our economy functioning than any other province in Canada, and I think, just about, almost, with a couple of exceptions, any jurisdiction in the developed world."

NDP Opposition Leader Rachel Notley said her caucus supports reopening but thinks the government took a backward approach by picking "arbitrary dates" and pressuring businesses to figure things out on their own.

"There needs to be less confusion and more clarity," she said. "And most of all, we need a successful relaunch that makes everyone feel confident and safe, not a scrambled relaunch where no one knows whether they are open or closed."

It makes no sense to have businesses open just to have going out of business sales, Notley said.

"The UCP says they've done enough. I don't believe that they are listening. I believe that, so far, Alberta businesses are being left unprepared and unsupported, and we absolutely have to do better by them."