Alberta teachers will negotiate salaries and other province-wide issues with a new bargaining association. if a new bill is passed by the Alberta legislature. 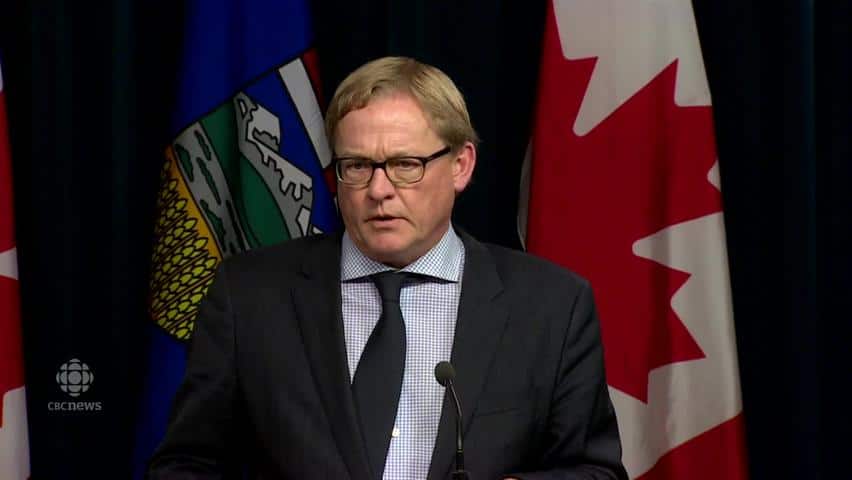 5 years agoVideo
0:44
David Eggen said having a seat at the table in teacher contract negotiations can reduce the chance of labour disruptions. 0:44

Alberta teachers will negotiate salaries and other province-wide issues with a new bargaining association if a new bill is passed by the Alberta legislature.

The main table will negotiate salary as well as other issues deemed to be provincial in nature. A secondary table will allow local school boards to negotiate with Alberta Teachers' Association  locals on matters that affect their board.

Under the current process, all 61 boards negotiate 61 contracts with their ATA locals. However, the government, which funds the majority portion of school board budgets, isn't at the table. Bill 8 aims to change that to provide more consistency to bargaining.

Instead, the bill proposes the creation of the Teachers Employer Bargaining Association (TEBA) to represent the boards at the main negotiating table. The government has the option of having a representative on TEBA, but all 61 boards must be members.

"We're trying to clarify for the public as well to see we're negotiating directly as funders for the most important, most expensive issues around wages," said Education Minister David Eggen.

The ATA is pleased with the approach. But the Alberta School Boards Association, which represents all 61 boards, is not.

"One size does not fit all for students' education or for concluding terms of employment between a variety of employers and their employees," ASBA president Helen Clease said.

"What works in a large city may create problems in a rural area."

Clease said the majority of boards told Eggen they supported local bargaining. But Eggen said he heard the opposite.

"Some wanted to retain their local bargaining but many were quite frankly relieved that these certain issues around wages and so forth could be dealt with on a provincial level," he said.

Under the new process, what is deemed provincial or local issues will be determined at the start of bargaining.

Since TEBA won't  be created when bargaining starts on the next contract in January, government will have that discussion with the ATA after consulting with individual boards and the Alberta School Boards Association.

In addition to salaries, provincial issues could include benefits and sick leave policies

An example of a local issue could be how rural substitute teachers are compensated for driving 30 minutes to an assignment, an issue that wouldn't arise in cities.

The current collective agreements with teachers expire on Aug. 31, 2016.

The cost of establishing TEBA is estimated at $550,000 over two years. The government will pay for the first two years. After that, the school boards will be responsible for funding TEBA.