'This project was so timely, because it's about belonging, that's so crucial to our sense of self'

The Stories That Weave Us is a mural on the outside of the Kingsway/Royal Alex Transit Centre, part of the Paint the Rails project which started in 2017, resulting in paintings at five LRT stations: Churchill, Corona, University, Kingsway and Clareview. 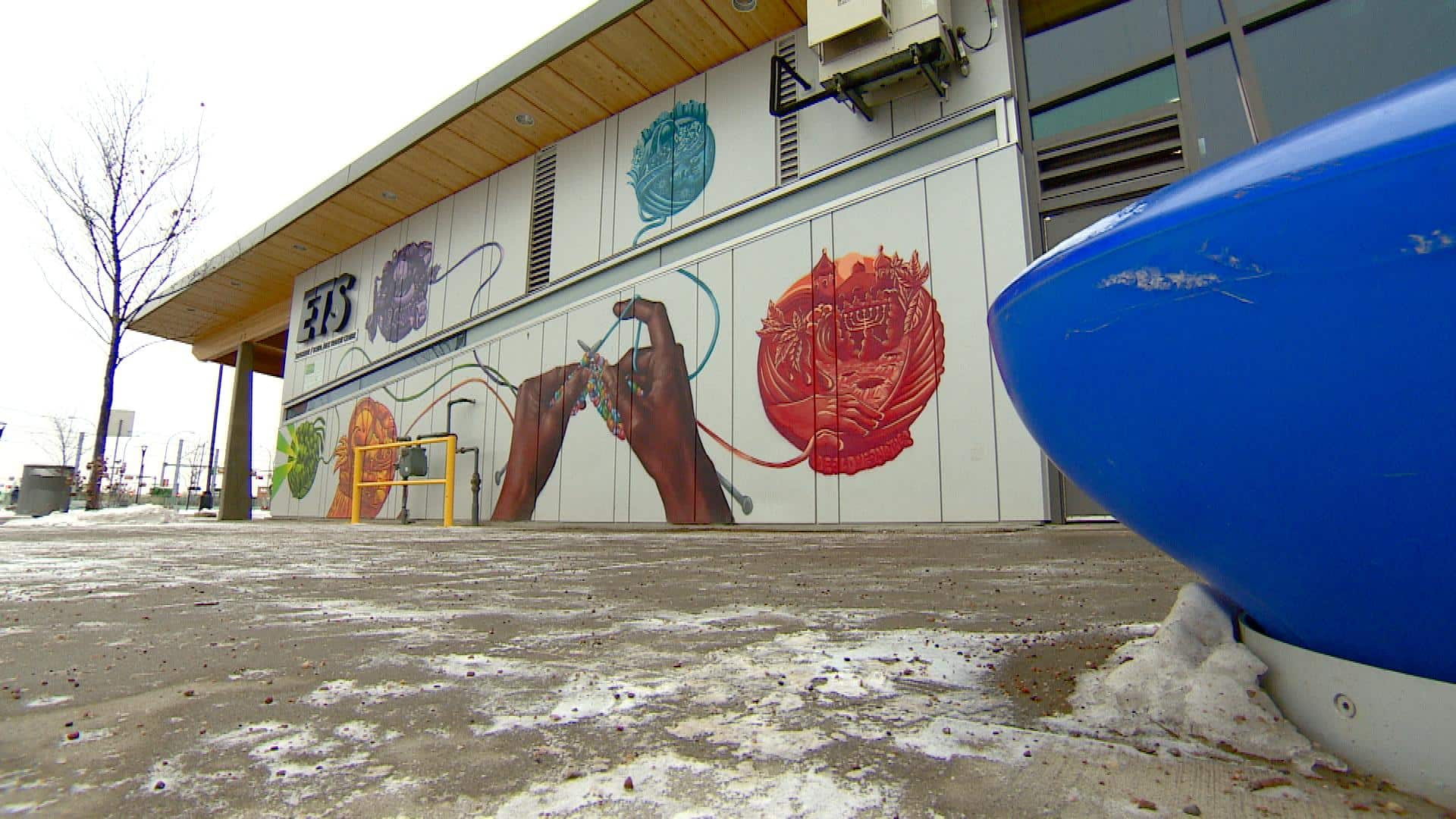 'This mural is a collection of stories'

2 months agoVideo
2:18
We're learning more about the mural on the outside of the Kingsway/Royal Alex Transit Centre in Edmonton, Alta. as part of the Paint the Rails project. 2:18

You can see more public art on Our Edmonton Saturday at 10 a.m. and 11 a.m. Monday on CBC TV and the CBC GEM.

The mural is a collection of stories, Louden says.

They looked hard for stories most Edmontonians might be unaware of ... "really digging deep, saying 'Who haven't we heard from yet? What stories are we missing?'" he says.

There is a lot of common ground in the oral histories of people who migrated to Edmonton, Louden says.

"Those are really the things that unify us as a city. Some of the values that we share, some of the struggles and challenges that we've overcome, so that was something that was really powerful about this piece."

"This one features my community. I am Jewish and one of the communities that we sat with and heard stories from was the Jewish community, and so I see part of my story here."

Van der Giessen is the arts lead and program facilitator for Edmonton's John Humphrey Centre for Peace and Human Rights, which helped raise the money to make the five LRT murals a reality.

"I think we all felt that this project was so timely, because it's about belonging, that's so crucial to our sense of self and our sense of dignity," van der Giessen says.

As only so many stories can fit onto LRT walls, others are going into a Paint the Rails colouring book, as part of a fundraiser for a children's legacy book the centre is hoping to distribute across Alberta.

"We really saw this as all being incredible content for a learning resource," van der Giessen says.

"It's a project that does a really good job of telling stories that don't get told as often, about our history," says Linda Hoang, local social media strategist and blogger and the brains behind a Guide To Instagrammable Walls Of Edmonton.

"I think I mention AJA Louden in almost all my walking tours because he's got pieces in almost all the different neighbourhoods in Edmonton," Hoang says. "I think he's amazing."

She points to recent murals of climate activist Greta Thunberg, legendary locker-room attendant Joey Moss and the Paint the Rails project as examples of Louden's relevance on the Edmonton public art scene.

Hoang is hoping to host a Paint the Rails art tour sometime next year.

"It's really cool that you can hop on a train and visit all these different murals along the LRT route. I think that's really neat."