It will be the most northerly Islamic garden in the world. On Wednesday, media were given a sneak peek at the Aga Khan Garden at the University of Alberta Botanic Garden near Devon. 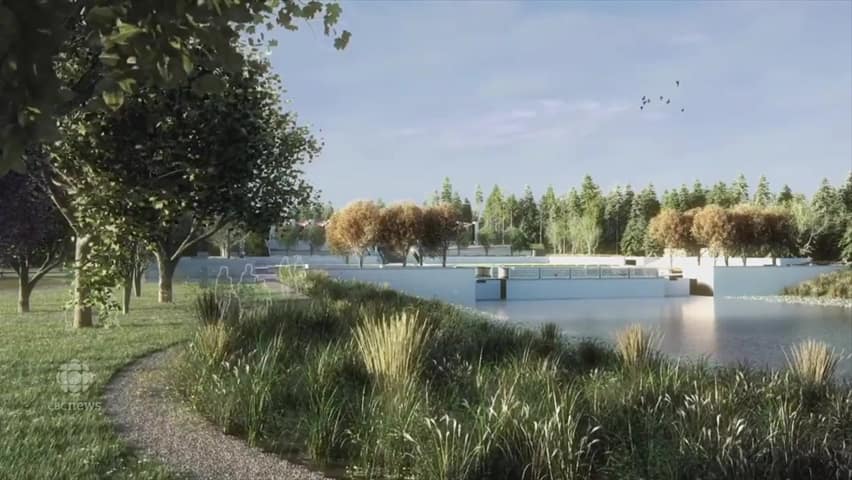 'Garden within a forest.'

4 years ago
1:42
University of Alberta receive millions to build expansion in botanical gardens 1:42

It will be the most northerly Islamic garden in the world.

On Wednesday, media were given a sneak peek at the Aga Khan Garden at the University of Alberta Botanic Garden near Devon.

The 5½-hectare garden, which will hold more than 20,000 plants, is now halfway to completion.

The project was funded by a $25-million gift from the Aga Khan, spiritual leader of the world's 15 million Ismaili Muslims, including 6,000 in Edmonton.

The Aga Khan's ties to Canada and Alberta run deep. He was named an honorary Canadian in 2009 and received an honorary doctorate from the University of Alberta the same year.

"The goal is to create a 21st-century Islamic garden that feels at home in Edmonton," said Nathan Foley, architect with Nelson Byrd Wolz, the U.S. architects designing the garden.

"The vast majority of the plants going into the garden are native or regional plants, which is really important for us telling the story of this place and this garden and highlighting the local flora," he said.

The design will include a fountain, intricate granite and stone work, and an amphitheatre.

"This has taken years of design and engineering," said Lee Foote, director of the U of A's botanic garden.

The garden is a gift to all Canadians, Foote said. He expects the addition of the garden will more than double attendance at the 240-acre University of Alberta Botanic Garden in two years.

The project is expected to be completed by July 2018.