Acrobatic Alta. bear goes out on a line for a tasty treat

Bear video shot in May 2013 starts to make waves online 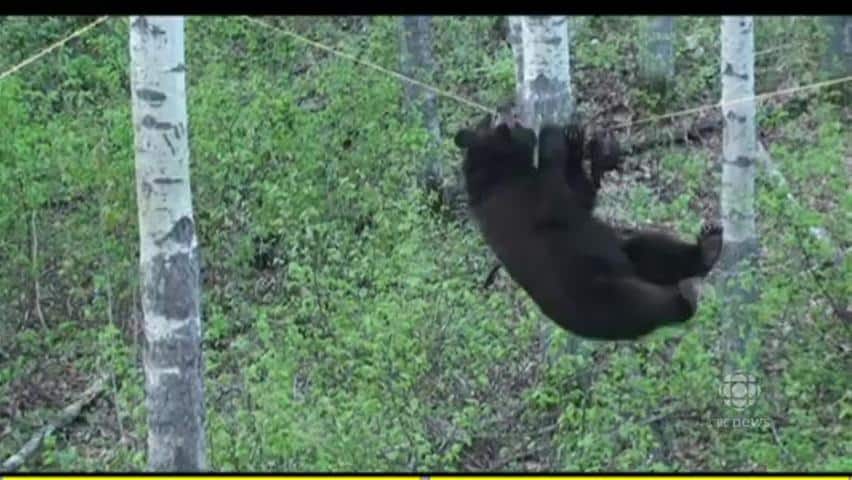 RAW: Black bear determined to have a snack

How far will a curious black bear go to get his hands on a snack?

That’s exactly what outfitter Pat Garrett hoped to find out when he used ropes to suspend a piece of meat between two trees on his property in Breton, Alta.

Much to Garrett’s surprise, one bear managed to climb a tree, grab the rope and creep his way out to the tasty treat. The bear then dangles from the rope for more than a minute before falling to the ground.

The video was shot nearly a year ago, but is only now beginning to go viral. As of Sunday afternoon, the video had reached more than 417,000 views on YouTube.

Now, Garrett says people from all over the world have been in touch about his bear video – including Ellen Degeneres, who may feature the candid clip on her talk show.

Breton is about 100 kilometres southwest of Edmonton.