After months of abuse at the hands of her former partner, Amber Solberg looked forward to the day she could confront him in court. But the opportunity never came.

After months of abuse at the hands of her former partner, Amber Solberg looked forward to the day she could confront him in court.

But the opportunity never came as the case against was concluded behind closed doors because of COVID-19 restrictions.

"I wanted to be able to face him one more time, without me being in the position I was in, without him having all of the control," Solberg told CBC News.

"I didn't really get the closure that I was looking for."

She's one of many survivors of domestic violence whose dealings with the court have been complicated by the pandemic, according to a recent, wide-ranging study of cases across Canada.

Solberg had prepared to attend two trials this summer, each related to separate charges of assault causing bodily harm against her then-boyfriend Tyler Dejonge.

Dejonge had twice sent Solberg to hospital. The first time was last November, when he strangled her unconscious. He assaulted Solberg again on Feb. 1, strangling her and punching her in the face.

When COVID-19 arrived in Alberta in March, courts limited attendance to urgent matters. Dejonge's trial dates were repeatedly postponed, but Solberg was not given a reason why.

Solberg then learned Dejonge had pleaded guilty to both counts and accepted a plea deal.

He was sentenced to 731 days in prison on Sept. 20. Court documents show 120 of those days were related to the assaults on Solberg, the rest were for myriad other, unrelated charges.

Solberg was not allowed to attend the sentencing due to restrictions in place at the Red Deer, Alta., courthouse.

"I don't feel like I got the chance to explain my side of everything," Solberg said.

"It kind of sends the message that it doesn't really matter what my story is, because they're just going to look at a piece of paper and make the decision." 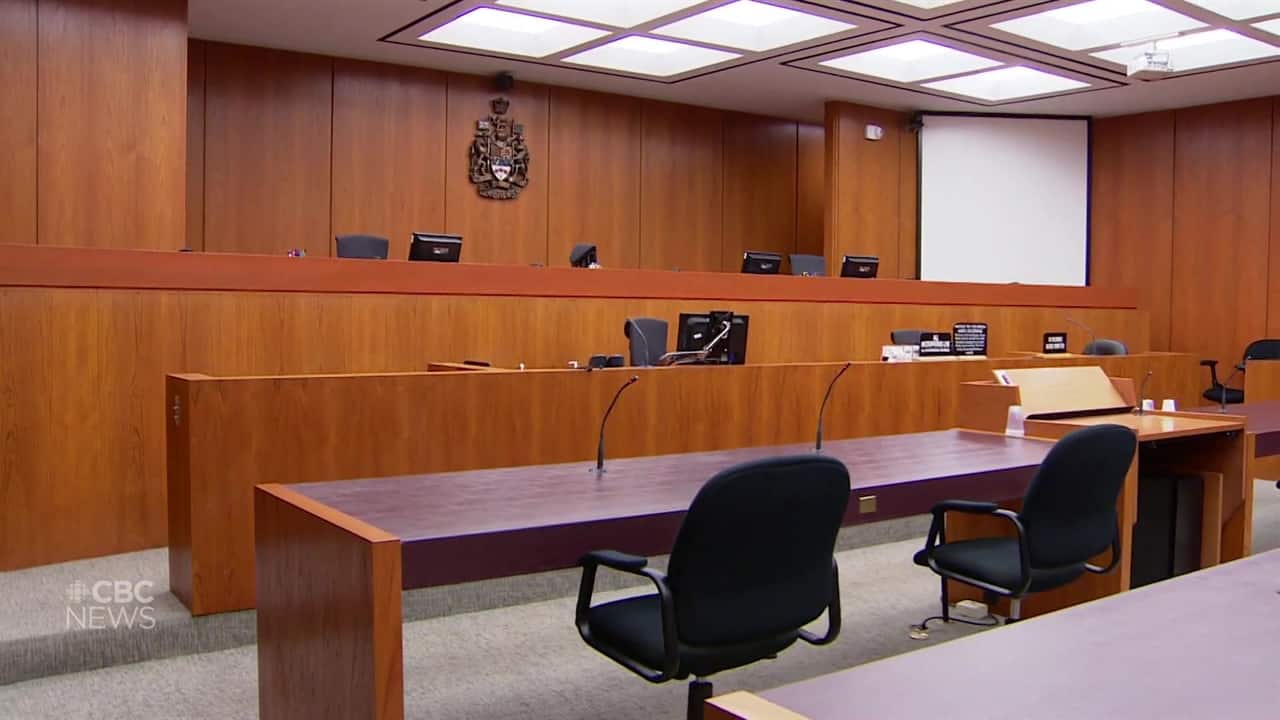 'It doesn't matter what my story is'

2 months agoVideo
2:09
The Covid-19 Pandemic has had both a positive and negative impact on the justice system. 2:09

Courts across the province are now working through the backlog in criminal cases, including those of domestic violence, a spokesperson with Alberta Justice said in a written statement.

Trials and preliminary hearings are proceeding as long as they're done within COVID-19 guidelines, though sentencing hearings across the province are still under restrictions.

The Crown is prioritizing cases that are in the public interest and have a reasonable likelihood of conviction, the statement said.

"Prioritization of serious and violent matters is part of the assessment undertaken with respect to the consideration of whether a prosecution remains in the public interest."

In a recent study, University of Calgary law professor Jennifer Koshan and her colleagues examined whether judges weighed the impacts of the pandemic while presiding over domestic violence cases between mid-March and June.

The study will be published in the upcoming edition of the Osgoode Hall Law Journal.

The team looked at 67 cases throughout Canada — Dejonge's was not among them — that had been deemed urgent enough to receive a hearing. It was limited to decisions with written reasons that had been published in the database CanLII. Like Alberta, every other province prioritized cases during the height of the pandemic, though the exact criteria varied.

"Judges would sometimes seem to place a lot of weight on the risk of COVID-19 transmission and then, in other cases, they seem to minimize that risk," she said.

Few judges seemed to consider that women are at higher risk of being abused and controlled by their partner during the pandemic, Koshan said.

"Judges seem to put more weight on prisoners potentially contracting COVID-19 in jail than they put on victims having to have an offender back in the community, who could potentially use violence against them."

She cites a case from Ontario, where a judge granted bail to a man facing assault, breaking and entering, and harassment offences against a former intimate partner.

"To be in a jail as an inmate or a staff member must count as one of the most dangerous places imaginable," Justice David Harris wrote in the decision.

The pandemic also made it more difficult for domestic violence survivors to collect evidence in their cases, such as obtaining affidavits, Koshan said.

She hopes judges will become more aware of these issues as the pandemic progresses.

"If we have barriers to accessing justice in so-called normal times, those are only going to be heightened in a time when a pandemic makes it harder to access the courts," Koshan said

EPOs provide immediate protection for those who fear violence from a family member by prohibiting that person from contacting them.

Since late April, applications can be made by telephone or video conference.

"Now certainly, the options are much more broad for both claimants and respondents to be able to access justice."

Her office saw a 10 per cent increase in requests for EPOs in April, May and June, compared to the same period last year.

"We've definitely seen a rise and I can say that we're probably seeing an even greater increase over the last three months," Riddoch said.

She hopes the option to attend EPO hearings remotely will continue after the pandemic.

"The number of people that we assist every week, it's always surprised me and, unfortunately, there seems to be no decline in that service," Riddoch said.

Maintaining initiatives that improve access to justice could be a silver lining of the pandemic, said Koshan.

"It would be a positive takeaway of a situation that's been extremely difficult for so many people, for governments to think on a longer-term basis about implementing some of these kinds of access-to-justice reforms."