Canada's minister for federal public services has droned on about considering "all viable options" for Canada Post but won't commit to bringing back door-to-door delivery. She certainly hasn't discussed one option for postal delivery currently being explored in Australia — actual drones.

Canada's minister for public services has promised an independent review of Canada Post that "will consider all viable options and provide Canadians with an opportunity to have a say in the decisions about Canada Post's future."

Public Services Minister Judy Foote wouldn't commit to a return to door-to-door delivery during her March appearance before the Government Operations Committee.

Which means she certainly didn't discuss the idea for postal delivery currently being explored in Australia — drones.

As reported by Australia's public broadcaster, Australia Post is testing drones to deliver mail. In a statement, the postal service said it plans to begin customer trials later this year.

In a video demonstration, a remote-controlled quad-copter is seen using a cable to lower a package to the ground.

And one Canadian expert on postal systems thinks the idea could have appeal in Canada too.

"There are a lot of isolated spots in Canada," said Robert Campbell, president of Mount Allison University and an international expert, consultant and author on postal systems who chaired the federal panel that produced the 2008 strategic review of Canada Post.

"Maybe the drone technology allows one to increase the frequency of delivery in isolated areas," he said.

"And if that were possible, and it could be done in a financially reasonable way, then yes, that would increase the quality of service to those isolated areas."

Campbell said isolated regions of the country don't often receive deliveries more than once a week. A drone, on the other hand, could deliver packages fairly rapidly.

Amazon, for example, has suggested its proposed drone delivery service could get packages to customers in as little as 30 minutes.

And Campbell said that could be particularly helpful for emergency items such as medication or hospital supplies. He also suggested drone delivery could be another option for consumers that costs more — simply another box to choose from when you're deciding on the type of Canada Post service you're interested in.

But drones don't come without some controversy. A recent collision between a plane and what's believed to be a drone at London's Heathrow Airport, for example, has raised safety concerns. 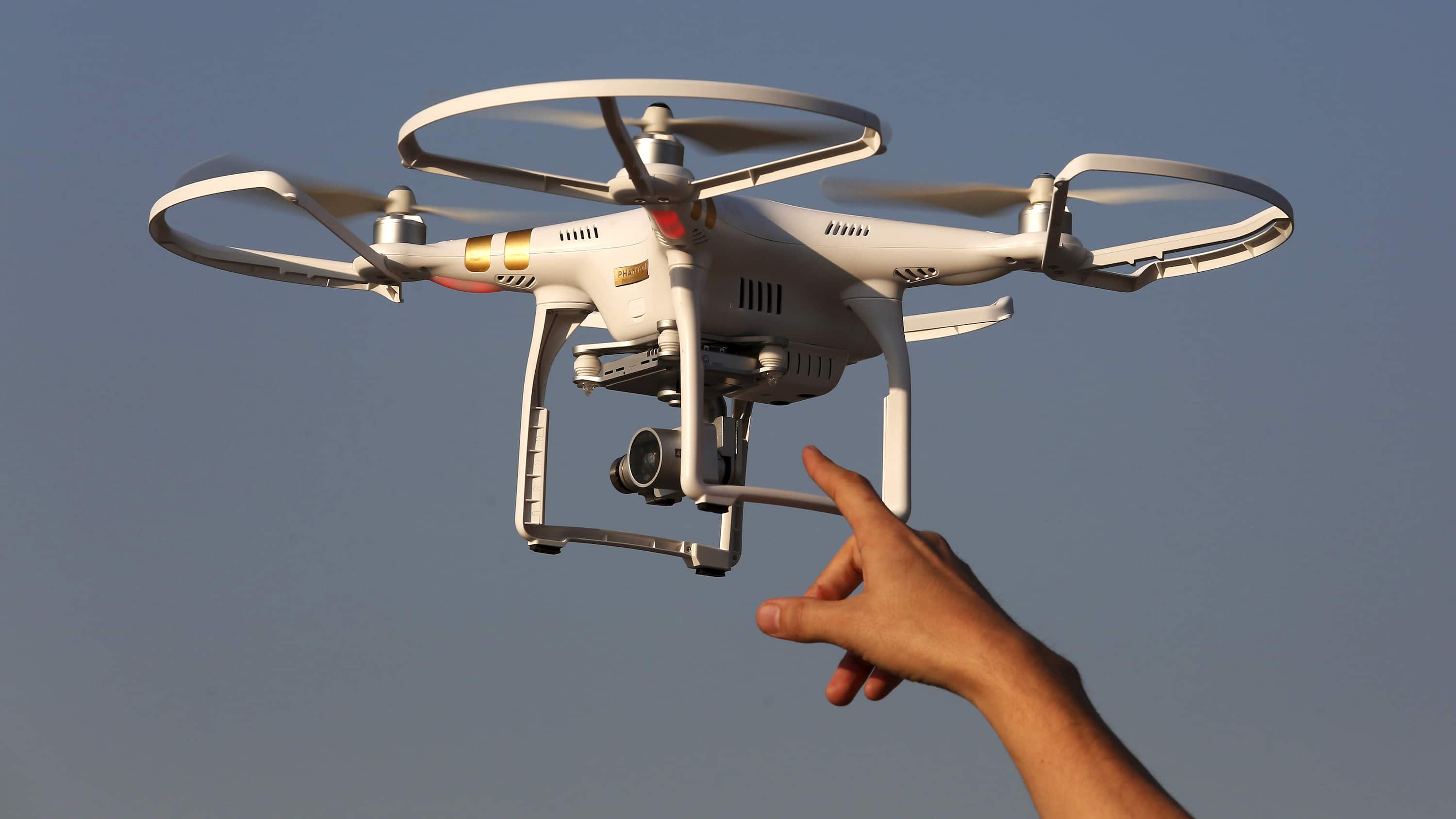 Drones pose a threat in the skies

5 years agoVideo
2:24
A collision at London's Heathrow Airport between a plane and a drone has many people sounding the alarm about the potential for a major disaster 2:24

That raises questions for Campbell about the prospect of drone mail delivery.

"Twenty different delivery companies in an area doing drone deliveries — I mean, who owns the space? What are the rules? How high, how low do they have to go?" he asked.

"There's a whole regulatory environment that needs to be talked about there, too."

Commercial use regulated in Canada

There are existing regulations for commercial use of drones in Canada. Operators must obtain a Special Flight Operations Certificate from Transport Canada, but may be eligible for an exemption if the vehicle weighs less than 25 kg.

And drones are also subject to Canadian aviation regulations, which state that it is illegal to do anything with an aircraft that puts aviation safety at risk.

But despite the potential roadblocks, Campbell believes Canada Post needs to keep an open mind, and postal service must evolve and adapt to remain useful and relevant.

And he thinks the upcoming review of Canada Post should look into drone delivery — and whether packages delivered from the air would even be of interest to Canadians.

"The drone technology's an interesting technology," he said.

"But if there's no consumer demand for it — I mean, just because the technology's there doesn't mean you use it."

Jason Osler is the national 'trends' columnist for CBC Radio.