'There was no normal to come back to': Former Diamond Princess cruise passengers struggle with long isolation

The ship's 47 Canadian passengers had already been through a month of quarantine and isolation before returning home.

47 Canadians passengers had already been through a month of quarantine, isolation before returning home 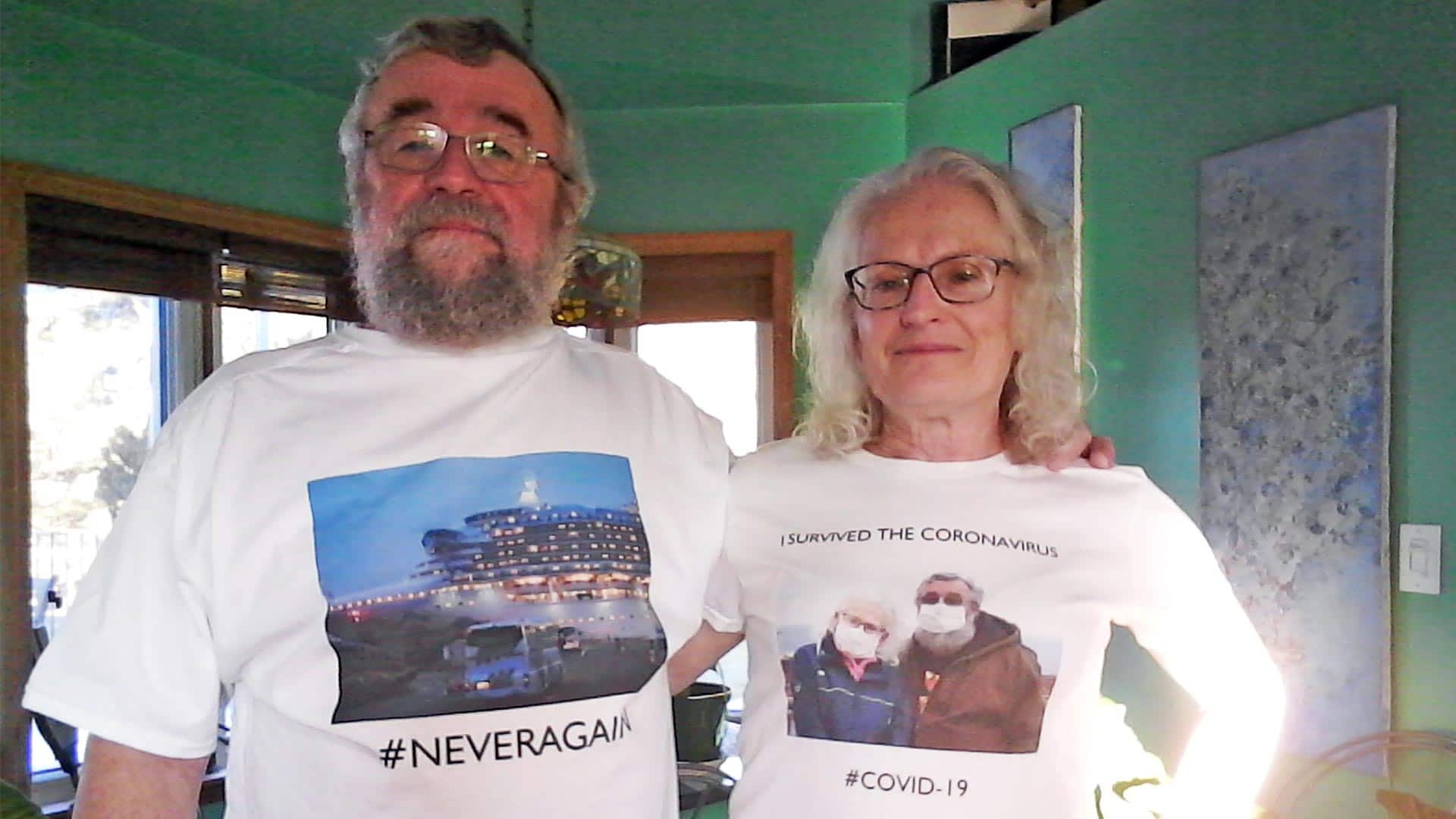 8 months agoVideo
2:31
Rose and Greg Yerex struggle with PTSD and emotional challenges after contracting COVID-19 aboard the Diamond Princess cruise ship and the weeks of isolation that followed. 2:31

While most Canadians are heading into their second week of isolating at home, a few are much farther down that road and the reality of it is starting to take its toll.

"We were done, and were ready to step out and become normal again," says Rose Yerex, 66.

"And that's when there was no normal to come back to, so we're struggling emotionally."

Yerex and her husband Greg were among the 256 Canadians onboard the Diamond Princess cruise when it set sail from Singapore to Yokohama, Japan, in January. The couple tested positive for COVID-19 on the ship 14 days into their 29-day trip, along with 47 other Canadians.

Once the ship docked in Yokohama, Japan, passengers were quarantined onboard for 15 days, then another 15 days in a Japanese medical facility, before returning home on March 6.

While kept on the ship, Yerex and her husband were confined to their room. Unlike some, they were lucky to have a balcony for fresh air. Most of their time was spent connecting with family and friends on social media and watching the news.

While the isolation was frustrating, the conditions were comfortable on the ship and in the Japanese facility, they said.

"The Japanese facilities were excellent, the staff was very friendly, they gave us pyjamas, fresh towels and fed us three meals a day," says Yerex. "And the local community contributed pastries, newspapers and coffees for us, which was nice."

Although desperate to get back to "normal" life, Rose and Greg chose to self-isolate for another 14 days upon their return, even though it wasn't required, for one simple reason.

"We live in a small community, and the community had been really, really supportive of us, so we figured it was a small price to pay to self-isolate. Just to reassure everybody around us that we're going to be safe to be around," Rose says. 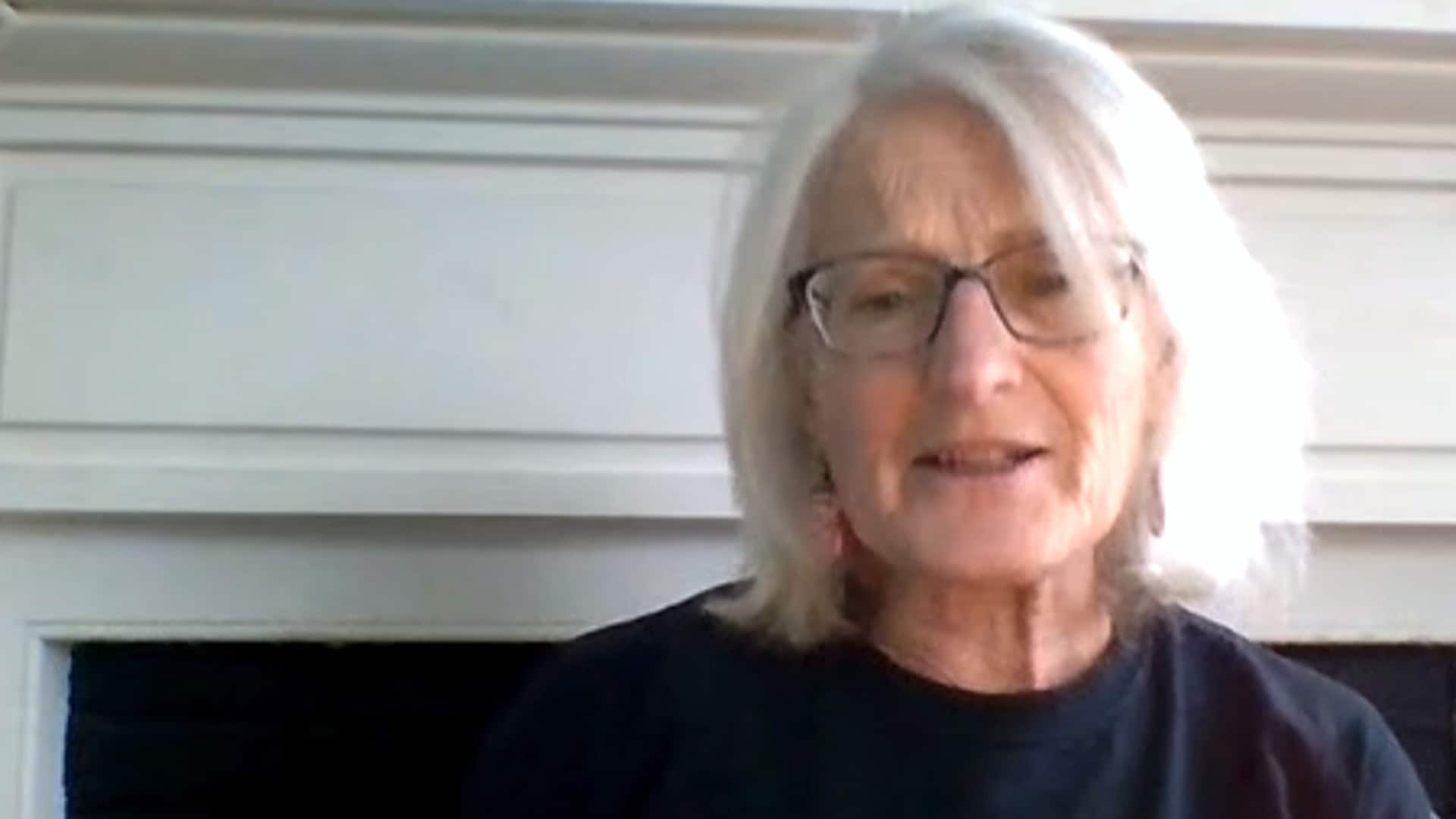 8 months agoVideo
0:47
Rose Yerex describes why she and her husband chose to go into voluntary self-isolation after returning home to Canada. 0:47

Rose and her husband were both asymptomatic the entire time they were quarantined, but she says the experience of going through all that so far from home was trying.

"It was crazy-making," she says.

"In the beginning it maybe was not too bad. You know, you shake your head, 'Oh my God, OK, it's happening, we can get through this.' But when you get that positive diagnosis, even though we were asymptomatic, it's pretty scary because now it's the unknown."

Yerex says although she struggled with the experience, looking around them she and her husband knew they were among the lucky ones.

"We got off lightly, when you think about what's happened with other people," she says. 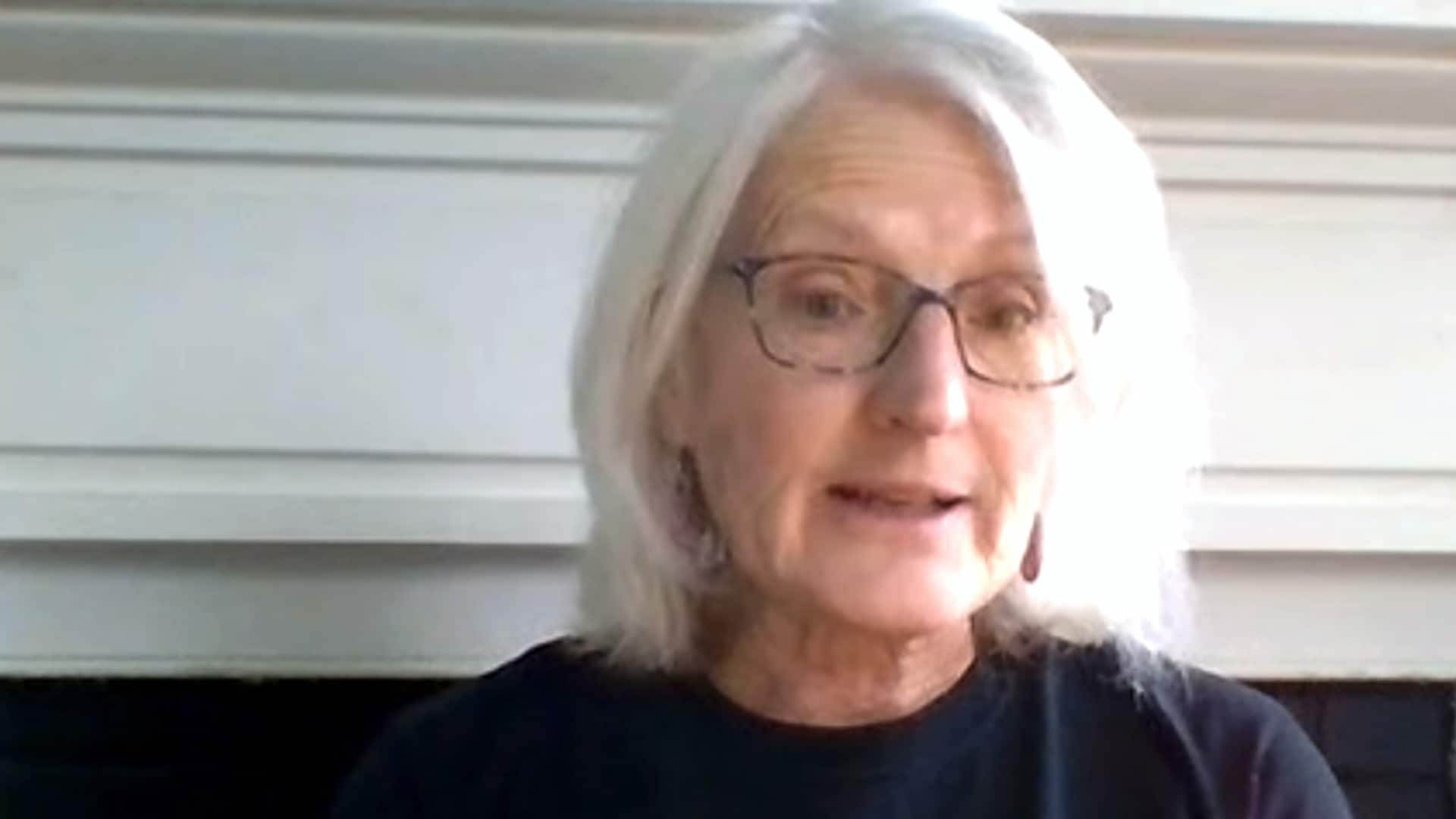 8 months agoVideo
0:23
Rose Yerex describes what it was like when she and her husband received a positive diagnosis of COVID-19 during a cruise and were forced to isolate for weeks. 0:23

Ya-Tsan Ng, 64, also from Ontario, was on the same Diamond Princess cruise with his wife, but his experience was much more serious.

"I was considered in the highest level of cases," says Ng. "Number one is mildly affected, number two is medium cases, and then are the serious cases. I was very serious, the highest level."

In fact, Ng's case was so serious he was taken to a different hospital in Tokyo and spent more than three weeks in the intensive care unit (ICU). At one point, the doctor caring for him admitted that he wasn't sure Ng would make it, and asked if he wanted to see anyone one last time.

"So he sent a driver to get my wife from Yokohama to bring her to the hospital, and he told her 'your husband is going to die,'" says Ng.

Ng's wife, Kitty, was in the same medical facility the Yerexs were in. She had tested positive for COVID-19 as well, but her symptoms were very mild.

"I had no symptoms, but I was so scared, because it was only me and my husband in Japan and nobody to help me," says Kitty.

The hospital in Tokyo allowed Kitty to stay in a room adjacent to her husband's in the ICU that was separated by a window. They hoped the personal support would help pull him through.

"It was tough, really tough," says Kitty. "But I'm so happy and so thankful to the hospital, the staff, and the doctors — they were very patient, always smiling and helpful, really, really good."

Ng's condition improved gradually after his time in the ICU, to the point where he was eventually able to breathe on his own and regain his strength.

He says he'll never forget the day he was wheeled out of the ICU and into a regular hospital room.

"The nurses outside clapped their hands, they never expected I would be able to get out of the ICU room in that kind of fashion," he says.

Eventually Ng and his wife were cleared to return home to Toronto, but like Yerex and her husband, by that time their home communities were just starting to isolate.

For her part, Yerex says that the new normal has taken a serious toll on her and her husband.

"Well, it's basically post-traumatic stress," says Yerex. "You know, I can't sleep at night, we have challenges, we have difficulties and have flashbacks of bad dreams. We've actually already been to seek some counseling on surviving a trauma like this." 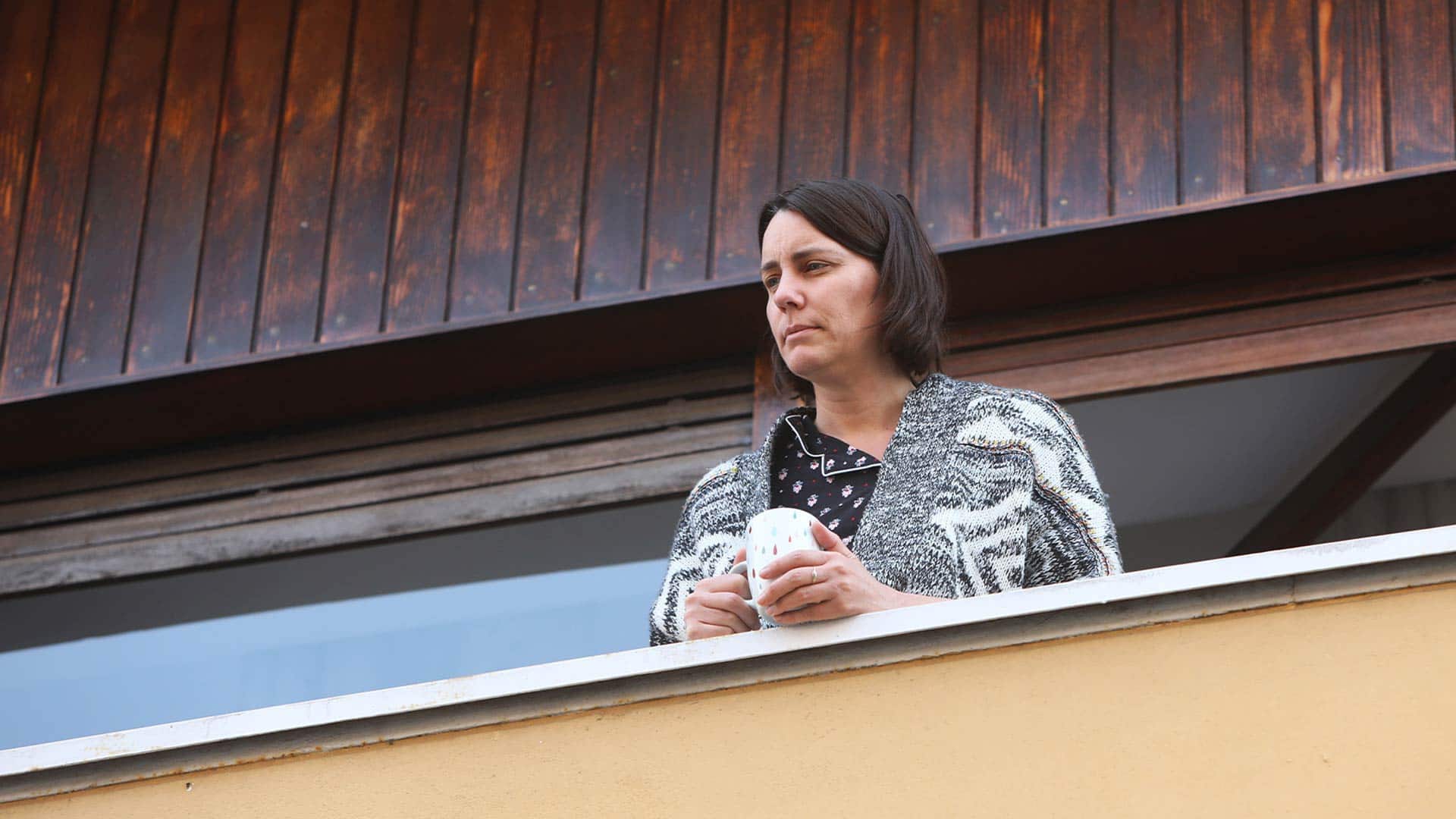 How to cope with prolonged isolation due to COVID-19

8 months agoVideo
2:03
Why prolonged isolation during the COVID-19 pandemic can contribute to anxiety, depression — and how to cope 2:03

Now home, Yerex and her husband are connecting with family online, spending time reading and watching the news and trying to process their experience as best they can.

Both couples say, like the rest of Canadians right now, they just take it one day at a time. But, because they are further along in the isolation process, their advice is invaluable.

"What my husband and I found that helped us was to try and find the humour in trying to look on the bright side of things," says Yerex.

"Think about the positive. I don't dwell on the negative, because it's the only thing you can't change. These are circumstances under which we have no control."