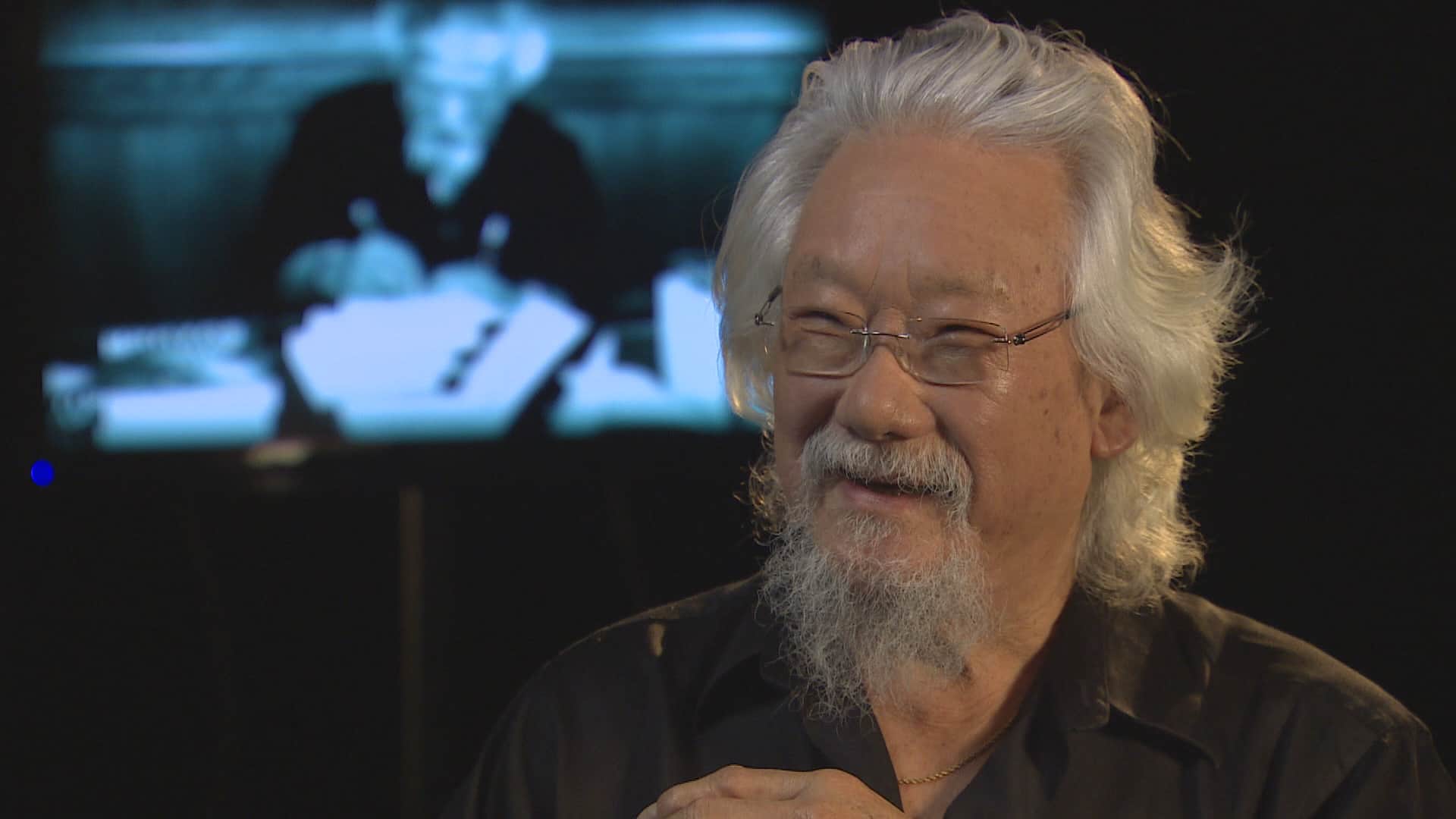 David Suzuki reflects on his 80 years

5 years agoVideo
18:20
Environmentalist David Suzuki sits down with Peter Mansbridge as he prepares for his 80th birthday. 18:20

"I'm really free," he says. "I don't have to kiss anybody's ass. I can say the truth that comes from my heart."

Since when has Suzuki ever held back from saying exactly what he wants? As an environmental activist and the host of the long-running CBC program The Nature of Things, Suzuki isn't exactly a shrinking violet. Just recently he made headlines for calling Prime Minister Justin Trudeau a "twerp" after a heated exchange over the soundness of Trudeau's environmental policy.

"As I've said to reporters ever since, that is a term of endearment." Suzuki told Peter Mansbridge on CBC's The National. "Ask me what I said about Harper and then you'll know what a really tough name would be."

In fact, Suzuki says he voted for Trudeau.

Even if Suzuki isn't giving up his outspoken ways, he has increasingly started to strike a different tone. He now admits that environmentalists have failed, fighting the same battles they believed were won 30 years ago.

"These victories were really pyrrhic victories" he said. "Because we haven't fundamentally changed the way we see ourselves in the world."

And Suzuki also seems to be drawn into personal battles. He remains a polarizing figure whose detractors are quick to flag what they see as inconsistencies, such as the size of his home in Vancouver.

"I live in a house in Vancouver, which I love, but I've lived in the same house for 35 years with my in-laws — and it's no mansion I can tell you that," he says.

Then there was the time he was confronted by a man while standing at a urinal at the Calgary International Airport.

"The guy said, 'I hope you flew in on a solar airplane because otherwise you're a goddamn hypocrite.'"

Suzuki just shook his head. "None of us lives the way we're going to have to live in a really carbon-constrained world."

He may still be an environmental crusader, but Suzuki clearly has other things on his mind, too. He loves his grandkids. And yes, as he readies to turn 80 next week, he's thinking about end-of life-matters. He likes to say, rather morbidly, that his advancing age places him squarely "in the death zone."

"I don't want to suffer," Suzuki admits when asked how he'd like to die. His mother died of Alzheimer's, which he calls "very, very tough."

In the end, such a distinctive Canadian figure wants the simplest of epitaphs. "That I did do my best and that's all anybody can do."

Watch the full interview with David Suzuki during Mansbridge One on One, which airs 12:30 p.m. (1 p.m. NT) on Sunday.