Daredevil adventurer Will Gadd has become the first person to climb a wall of spray ice at the edge of Niagara's Horseshoe Falls. 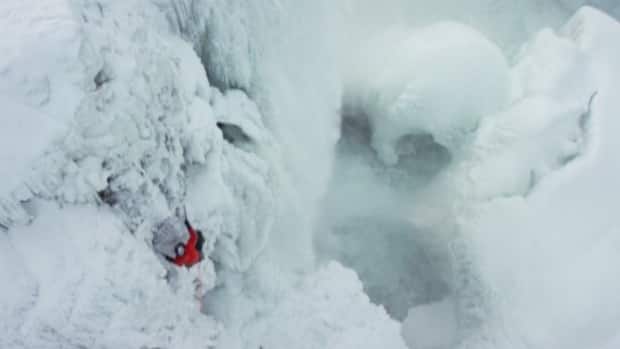 Daredevil adventurer Will Gadd has become the first person to climb a wall of spray ice at the edge of Niagara's Horseshoe Falls.

The Alberta man — named National Geographic's adventurer of the year in 2015 — made the climb Jan. 27.

Gadd, 47, was followed by another Canadian, Sarah Hueniken, 34, who grew up near the falls.

The climb was started on the American side of the falls, the National Geographic reported on its website.

Gadd said the idea has been on his mind for years, but about a year ago he and his team started thinking seriously about permits and planning.

"It took a while, but one thing led to another and before you knew it, I was standing underneath a waterfall – to the side of it."

Mist and ice coated his tools as he worked his way up.

"I've climbed things that are harder from a pure technical standpoint," he said. "But from a putting it all together and keeping it safe standpoint, that was about the hardest climb of my life."

Gadd said he followed a route almost exactly along the border between the Canadian and U.S. sides.

The event was sponsored by energy drink maker Red Bull.

Gadd is a professional climber who has scaled the glaciers of Kilimanjaro.