While it’s still early to get a broad picture of how the pandemic is affecting crime levels, some police forces are reporting early data that shows a rise in commercial break-and-enters and stunt driving. Police are also worried about domestic incidents rising in the weeks ahead.

Early data could indicate how pandemic is influencing crime in Canada

The COVID-19 pandemic has changed the daily lives of Canadians, and it also appears to be influencing crime trends across the country.

While it's still too early to get a picture of how the pandemic may be affecting crime rates overall, some police forces are reporting initial data and trends they have noticed in recent weeks, including increases in commercial break-and-enters and stunt driving.

Vancouver is reporting an increase of about 100 per cent over the last eight weeks compared to the same period last year. Close to 600 break-ins were reported. A snapshot of the weeks between March 18 and April 15 shows an increase of 147 per cent.

Non-essential businesses have been forced to close, and without crowds of people out on the streets that might notice suspicious behaviour, thieves are taking advantage of businesses at a time when many are already struggling financially.

"Have you ever sprinkled salt in a wound?" said Bill Higginson, when asked to describe his reaction to his Vancouver art gallery being robbed on Easter Sunday.

Already worried about how to survive the pandemic, Higginson and his co-owners at The Space now have an added financial burden. The thief or thieves stole three paintings and art supplies from the studios where Higginson and other artists work.

"It's a kick in the teeth, but luckily we are optimists," Higginson said. Also luckily, a woman bought the stolen paintings off someone selling them on the street. Upon learning through social media that she had bought stolen art, she returned them to the gallery.

Police forces say they are stepping up patrols of commercial areas and are advising businesses to board up and pay for video surveillance if they can, not keep cash on the premises and remove as much merchandise as possible.

Charles Gauthier, president and CEO of the Downtown Vancouver Business Improvement Association, said even if thieves don't make off with anything, any property damage they cause is a painful financial hit for owners.

The BIA has hired private security to patrol its district at night to help reduce robberies.

"We are still experiencing, I would say, an unprecedented number of commercial break-and-enters within our 90-block district, which is really disconcerting," said Gauthier.

One of the other jumps York Police is seeing since the pandemic started is in stunt driving, which means exceeding the speed limit by 50 km/h. That offence is up 64 per cent since March 1.

Sgt. Andy Pattenden said 17 charges were laid over the Easter weekend alone. In Ottawa, police seized 15 vehicles for stunt driving in the span of seven days at the end of the month. Toronto reported a nearly 200 per cent increase in stunt driving compared to the same period in March last year.

Stunt drivers "are taking advantage of less traffic and the open roads and using them as their own speedways," Pattenden said.

York Police also observed an uptick in domestic-related calls, up 22 per cent between March 1 and April 17. Those incidents could include verbal arguments and violent incidents.

Pattenden said the increase is likely due to "more people being at home now, spending more time with each other than they typically do, as well as a lot of fears, anxieties and financial pressures that they may be feeling ... so we are watching that very closely."

The Toronto Police notes that domestic violence is "historically unreported," and they and other police forces encourage anyone experiencing it to seek help through community resources and by calling 911 if in immediate danger. 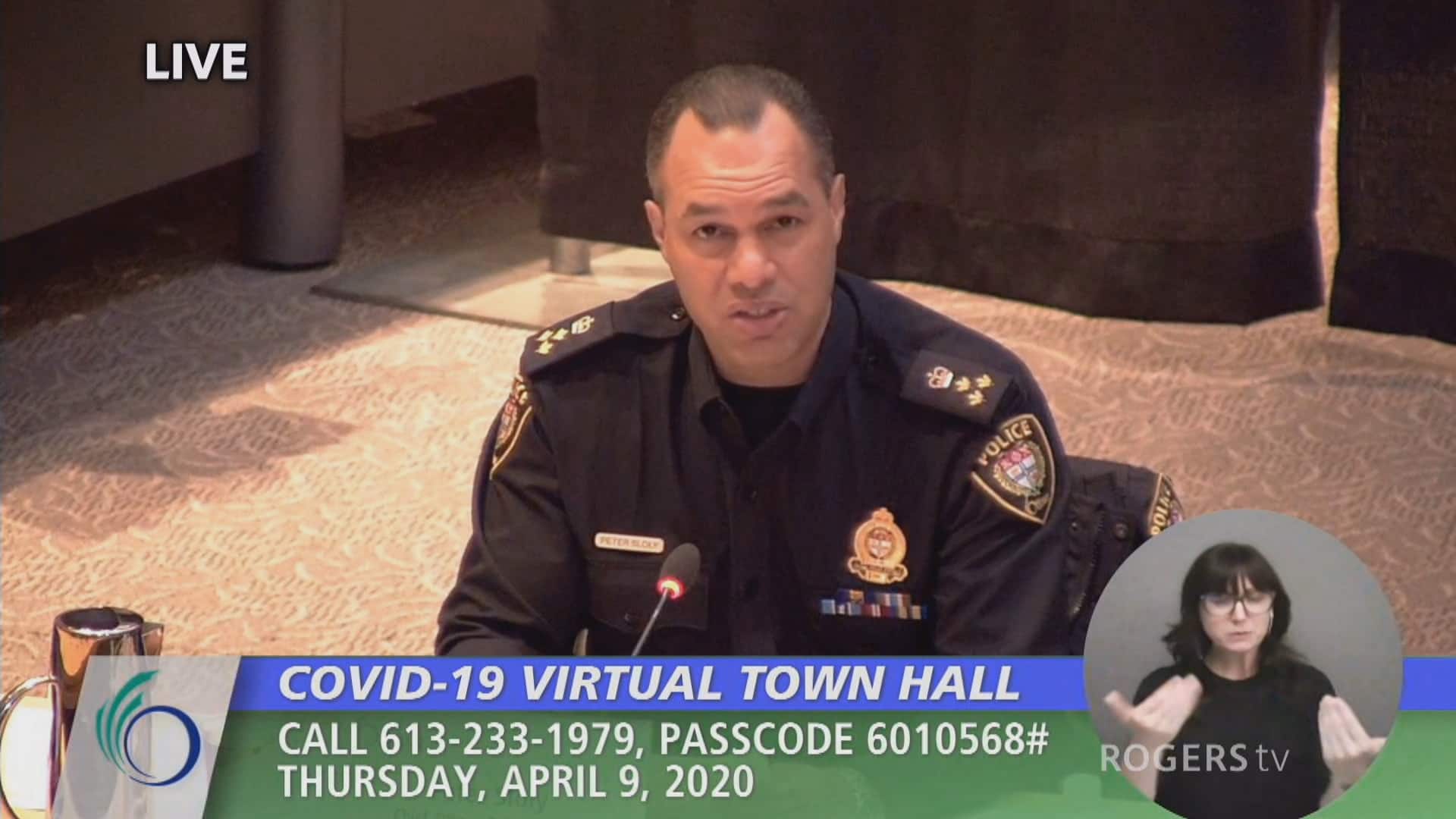 11 months ago
0:50
Ottawa police chief Peter Sloly says reports of crime and domestic abuse have dropped during the pandemic, though it’s unlikely that abuse has stopped as residents spend more time in their homes. 0:50

Darryl Davies, a criminologist who teaches at Carleton University, said the trends observed so far are likely to continue.

"The longer that we have a shutdown in the labour force, we are going to see an exponential increase in break-ins, in thefts," he said. "People will see an opportunity to break into establishments and in many respects this pandemic is aiding and abetting that."

Davies added that governments should be mindful of the consequences of their pandemic policy decisions on crime in Canada.

Shootings up in Toronto

But the pandemic does not seem to be slowing down the rate of gun violence in Toronto. Shootings are up compared to this time last year. There were 47 shootings in March, and 18 so far this month.

"The important thing to remember is that crime statistics fluctuate over time and for a variety of different reasons.  Toronto Police officers continue to respond to calls and protect our city," spokeswoman Meagan Gray said in an email.

A few weeks ago, they responded to a break-and-enter at Little Peeps, a children's clothing store in Toronto's east end, where a thief somehow shattered the thick glass door.

The thief stole merchandise and ransacked the store. Dahl said she couldn't hold back her tears as she cleaned up the mess. "I was feeling very sorry for myself, and not safe."

Like the gallery owners in Vancouver, Dahl doesn't know if her business will survive, but she is trying to take comfort in the support she's received from the community.

"I try to take things day by day."