As universities and colleges close their campuses and ask students to leave residences in response to the COVID-19 outbreak, international students in Canada are finding themselves increasingly isolated, lonely and worried about their future.

Students share their worries about being away from family, finishing their courses and finding housing

As universities and colleges close their campuses and ask students to leave residences in response to the COVID-19 outbreak, international students in Canada are finding themselves increasingly isolated, lonely and worried about their future.

They are thousands of miles away from their families, watching from Canada as international borders shut down, airlines cancel flights, and cities and countries announce drastic isolation measures. They are worried about their families as the virus spreads through their countries.

And they're worried about how they're going to get through this themselves, isolated in a country where they lack the support networks they would normally have at home.

"I kind of feel very lonely," said Veenita Bhatt, a design student at Conestoga College in Kitchener, Ont. She is from Tanzania and is not able to travel home because of airline cancellations.

"It's something nobody has experienced or expected to happen."

She hasn't seen her parents in nearly two years. Her mother was going to visit this month, but that trip has been postponed.

Bhatt talks to them using video conferencing, making sure they are staying healthy and taking precautions against the virus. Tanzania only has a handful of COVID-19 cases right now, but the country has brought in travel restrictions and social distancing measures and is preparing for an outbreak.

Bhatt lives off-campus in a basement apartment. In an effort to help her out financially, her landlord did not charge her rent this month.

"From all the bad things and the negative things happening around me, at least there's something positive. I have someone to actually care and give a thought about my well-being," she said. Universities and colleges across Canada have moved classes and services online, emptied their campuses and asked students to go home. But for many international students, going home may no longer be possible. Many institutions are making exceptions for students living in residence who can't move out.

The University of Toronto says it is providing emergency grants for both domestic and international students who need financial relief because of unexpected circumstances.

Other institutions are taking similar measures to continue housing international students, or looking for other solutions. Loyalist College in Belleville, Ont., for example, is moving nearly 200 students into local hotels, and providing funding for food and other necessities, according to a spokesperson for the college.

There are about 435,000 international post-secondary students in Canada, making up about 20 per cent of the overall student body. The two largest source countries are India and China. Many of these students have been scrambling to return home or have to stay put because of border and airline restrictions in their countries.

Xin Chen, 27, is studying journalism at Sheridan College in Oakville, Ont. She is from Shanghai and has seen all her classes move online.

Chen has been affected by COVID-19 since the outbreak began in China back in December, because she works part time remotely for a Chinese company. Because of that experience, she understands the pressures workers in Canada are now facing as businesses shut down here.

But while her coursework is continuing, internships and field placements that would have provided valuable work experience and industry connections have been suspended.

"We lose opportunities to make connections in news organizations here," she said.

With new social distancing measures being introduced quickly and with little warning as countries scramble to contain the outbreak, some students have seen their situation change abruptly.

Syed Ahmed, 24, arrived in Vancouver from Dubai earlier this month and his classes are set to start in April at RED Academy, a tech design school. He found himself staying in an Airbnb in a deserted city practising social distancing.

Ahmed has no friends or family in Canada, and with college events cancelled, classes moved online and everyone trying to avoid close contact, he says making connections and finding permanent housing has been difficult.

In addition to an interview, CBC News asked Ahmed and other students to make a video diary to tell us how they were feeling in their own words.

"Moving to a new country, and trying to settle in and adjust, and meet people during a pandemic was definitely not something that was on my bucket list," Ahmed said in his video.

WATCH | It's not easing making friends in a new country during a pandemic. 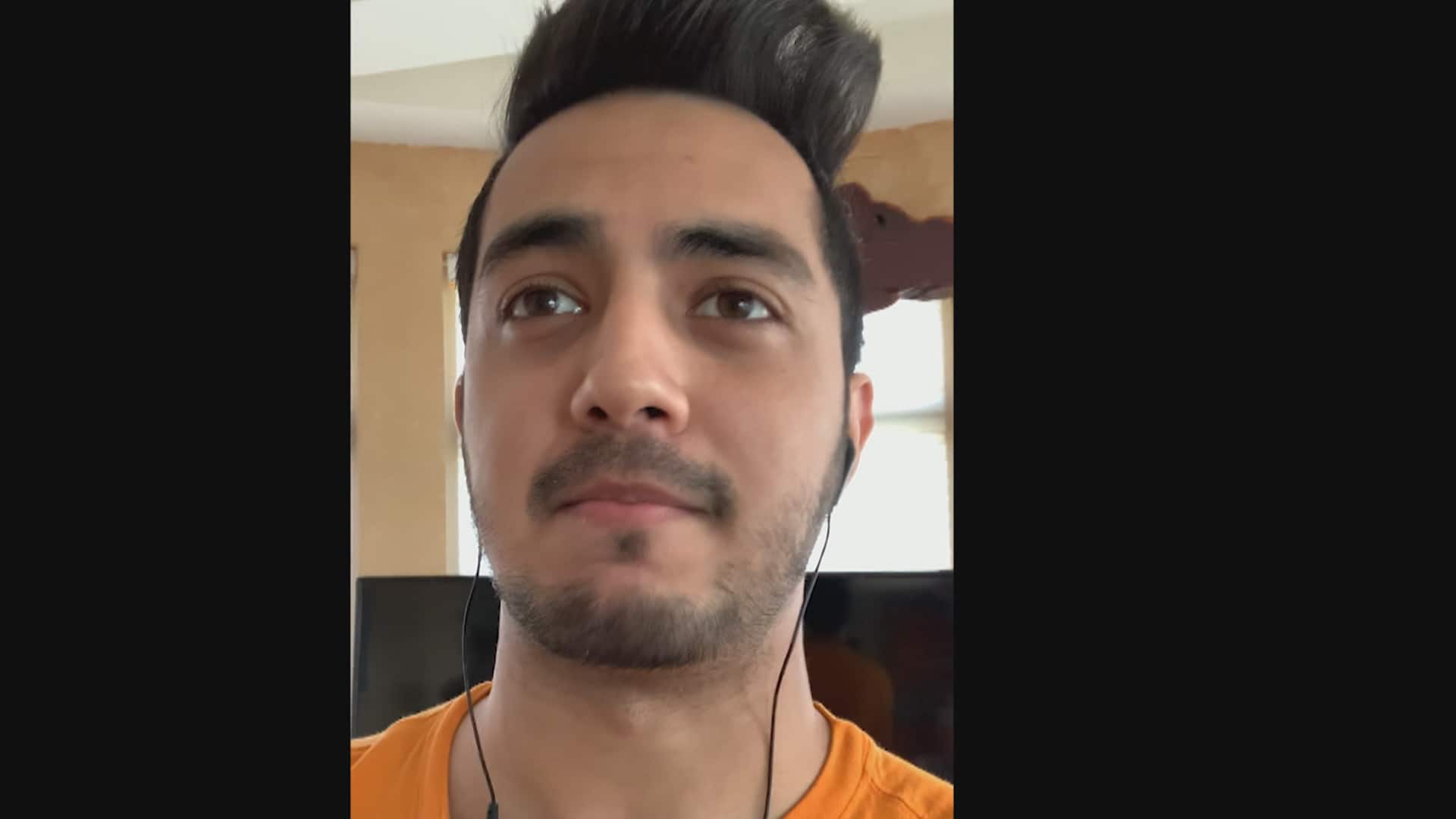 11 months ago
1:58
The 24-year-old arrived in Vancouver from Dubai days before his classes moved online. He's finding it hard to meet new people. 1:58

Ahmed's classes will be starting online shortly, something he says he could have done from home in Dubai. Last week, he found a place to stay longer term and has moved in.

Financial worries are also starting to mount for students who already pay heavy tuition fees to study in Canada and did not budget for a longer stay or living here during a pandemic.

WATCH | Diego Palacios of Ecuador tries to take his mind off things in Toronto. It's not easy. 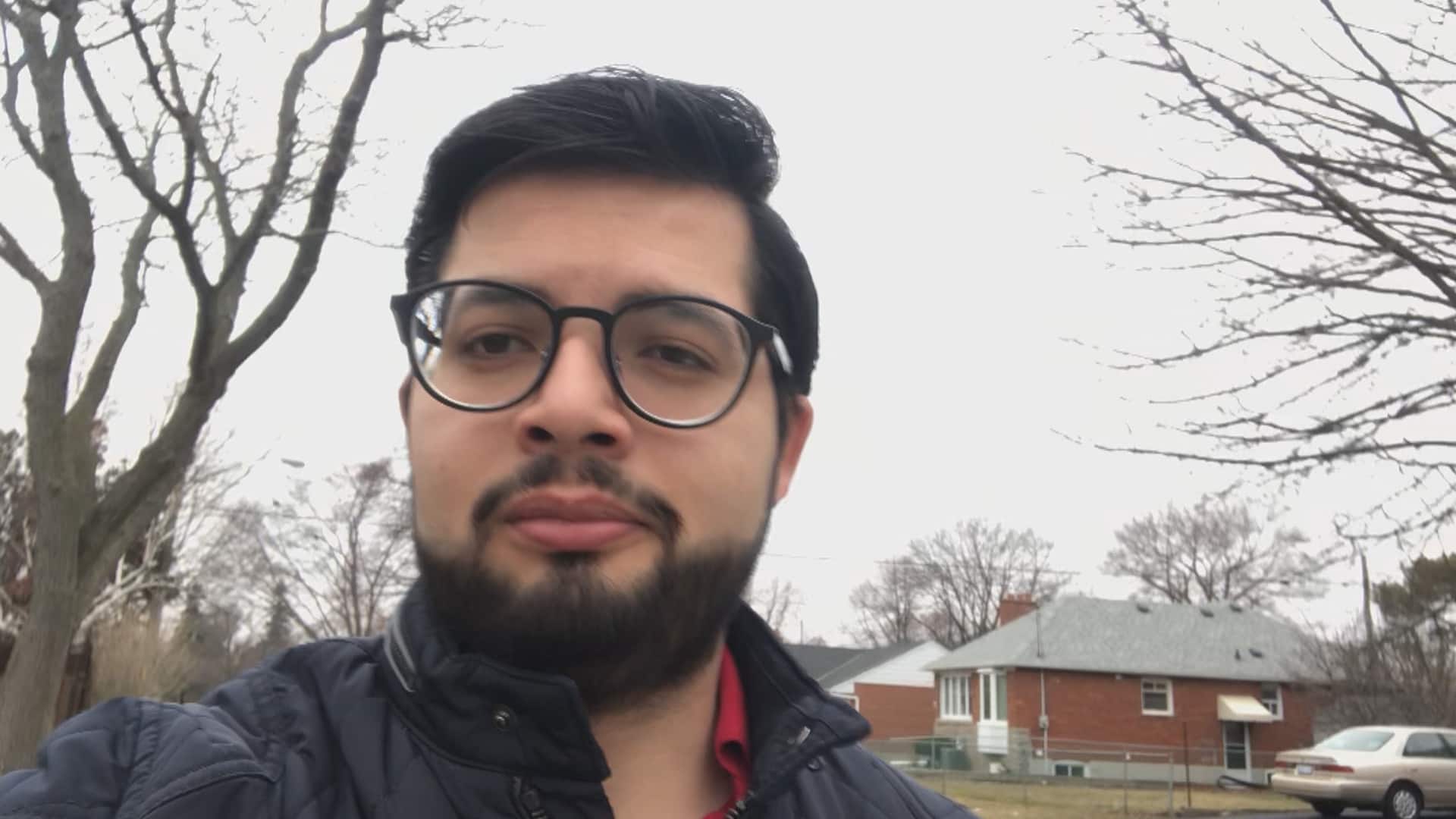 11 months ago
1:09
The 25-year-old Ecuadorian is self-isolating. He describes how he's trying to occupy himself during the COVID-19 pandemic. 1:09

Diego Palacios, 25, is originally from Ecuador and is studying interactive media management at Centennial College in Toronto. He has a scholarship that will keep him afloat until May, but he says he's unsure of what he's going to do after that. He had planned to work after school ended, but now he may have to ask his family for financial help.

For now, he is hunkering down in his apartment and trying to stay optimistic. He talks to his family on video chat to make sure they're staying healthy.

"That gives me a little bit of calm, that my people are fine during this outbreak," he said in his video. "I hope that everything will be good in the near future, trying to keep a little positive on this situation."