The latest on the coronavirus outbreak for Oct. 22

The latest on the coronavirus outbreak for Oct. 22.

Chief Electoral Officer Stéphane Perrault said Thursday that Elections Canada is prepared to run a snap election, despite the roadblocks imposed by the pandemic. During an appearance before the Commons procedures and House affairs committee, Perrault outlined the various challenges involved in holding an election during a public health crisis, such as ensuring the safety of workers and voters and managing a higher volume of mail-in ballots.

The Conservatives have been calling out Prime Minister Justin Trudeau for threatening to call an election during the pandemic. The government declared a Conservative motion on creating a special committee to probe the government's COVID-19 response a matter of confidence — which meant a successful vote for the opposition would have triggered an election. The motion was defeated in a 180-146 vote Wednesday, with the NDP, Greens and Independent MPs voting with the Liberals.

Perrault said Elections Canada has been hard at work ensuring measures are in place to hold a safe and secure vote, and that he has been reviewing the experiences of provincial elections agencies. Perrault urged parliamentarians to move swiftly to consider legislative changes that would facilitate an election during a pandemic, such as a two-day weekend polling period instead of the traditional one-day Monday vote.

Perrault is also recommending mail-in ballots be accepted until Monday after the weekend voting period; legislation to allow Elections Canada to deliver tailored voting services in long-term care facilities; and more flexible powers to postpone or cancel a vote in pandemic-related emergencies. 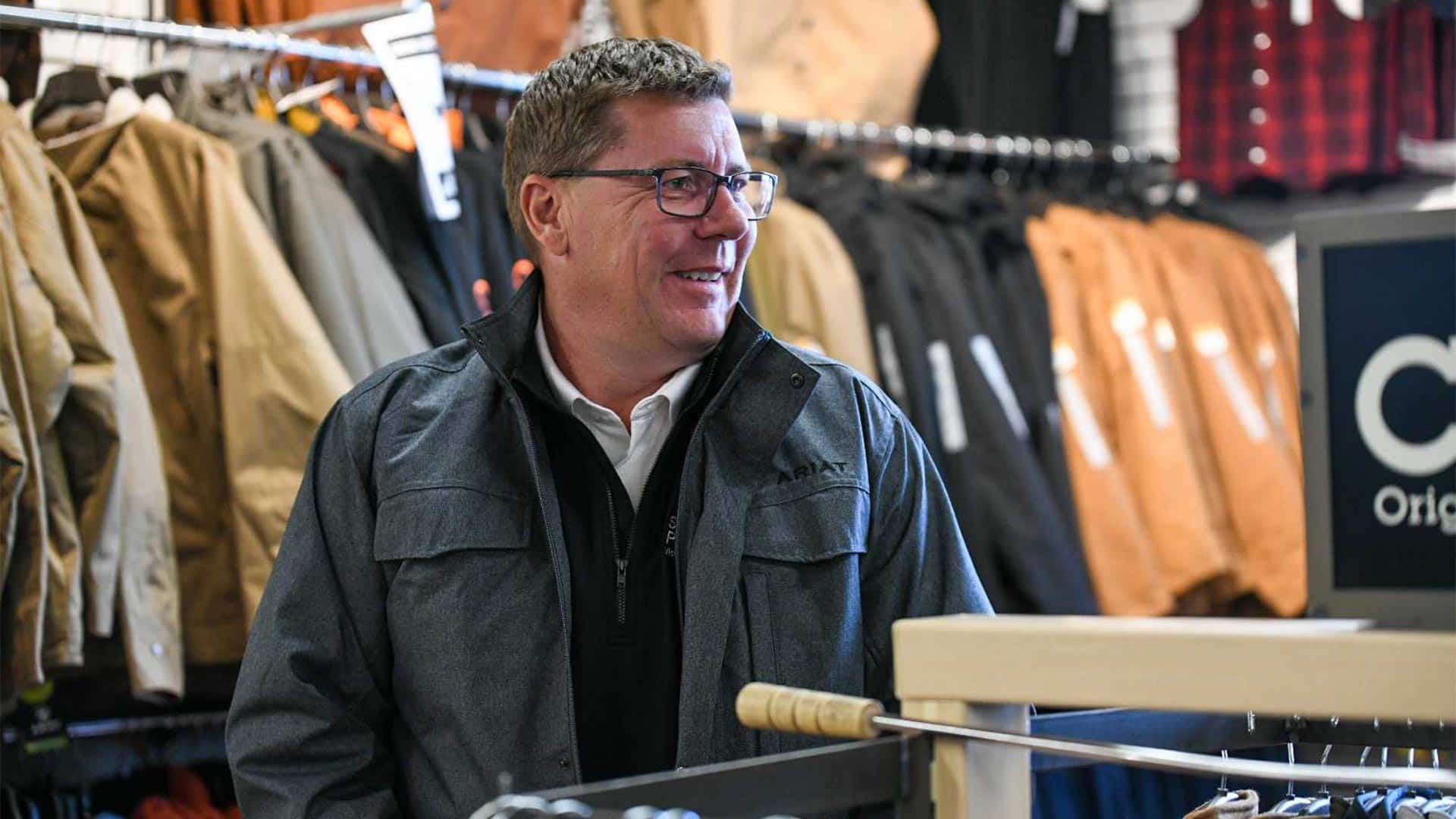 1 month agoVideo
2:01
In the midst of a pandemic and Saskatchewan's election campaign, a party leader is photographed shopping without a mask. 2:01

The Liberal government is pushing back against a Conservative demand for a wide-ranging investigation into the federal COVID-19 response — arguing that the opposition's motion is so overly broad that it would hamstring the government as it responds to the pandemic's second wave.

Conservative Leader Erin O'Toole said an investigation is necessary so parliamentarians can learn from the mistakes of the first wave, do a better job of dealing with the ongoing second wave and prepare for future outbreaks. O'Toole said the Liberal government was slow to respond to early warnings about the risks of the novel coronavirus, was reluctant to close borders to travellers, relied too much on advice from the World Health Organization and took too long to roll out critical federal aid programs.

He also denounced the federal government's decision to send a shipment of personal protective equipment to China in February, its lack of progress in approving rapid testing kits and the changes made to a critical public health intelligence tool. O'Toole, who contracted coronavirus in September but has since recovered, brought up his own personal experiences — waiting in a long line to get tested in Ottawa and receiving conflicting public health advice — as examples of Canada's flawed response.

Liberals argue the demand for documents is so sweeping that the time it would take to produce them would distract civil servants from their work on the COVID-19 response. "Our initial analysis of this motion indicates that the very officials that are working day and night on Canada's response will be removed from their immediate tasks," said Health Minister Patty Hajdu in the Commons.

Travellers entering Canada by land or air through Alberta will soon have the option of being tested for COVID-19 at the border in a move that could shorten quarantine times — in a pilot project that's the first of its kind in Canada, Premier Jason Kenney announced Thursday.

The mandatory quarantine period for returning international travellers will be maintained for now. But the 14-day self-isolation period could be shortened to about 48 hours if a traveller receives a negative COVID-19 test result.

News of the pilot project comes a day after Alberta broke two COVID-19 records, for the most new cases in a single day, 406, and for the most active cases. Kenney was speaking from his home in Edmonton, where he is in self-isolation after one of his government ministers tested positive for COVID-19 a day earlier. Kenney tested negative Wednesday night but said he'd continue with the isolation period until Oct. 29.

The voluntary screening option announced Thursday is a joint pilot project between the Province of Alberta and the Government of Canada. It will be available for foreign essential workers — truckers, health-care and other workers who are exempt from the current federal travel ban — and any Canadian citizens returning to the country through Alberta. Starting Nov. 2, the new COVID-19 testing option will be offered at the Coutts land border crossing in southern Alberta and the Calgary International Airport.

WestJet says it will begin providing refunds to passengers whose flights were cancelled as a result of the pandemic. The Calgary-based airline said it will begin contacting all eligible flyers with WestJet and Swoop on Nov. 2.

It will begin with those whose flights were cancelled in March 2020 at the onset of the pandemic and offer refunds in the original form of payment. The process is expected to take six to nine months, the company said. It asked customers to wait to be contacted in order to avoid overloading its call centre.

"We are an airline that has built its reputation on putting people first," said Ed Sims, WestJet president and CEO, in an emailed release. "We have heard loud and clear from the travelling public that in this COVID world they are looking for reassurance on two fronts: the safest possible travel environment and refunds."

Sims said in a letter posted to the company's website that since March, it has done everything it can to reduce costs in the face of a 95 per cent drop in demand.

The CDC advises anyone who has been in close contact with a COVID-19 patient to quarantine for two weeks. The change may prompt health departments to do contact tracing in cases where an exposure might previously have been considered too brief, said Dr. William Schaffner, a Vanderbilt University infectious diseases expert.

It also serves notice that the coronavirus can spread more easily than many people realize, he said. The definition change was triggered by a study of a 20-year-old Vermont correctional officer, who was diagnosed with coronavirus in August. The guard, who wore a mask and goggles, had multiple brief encounters with six transferred prisoners before test results showed they were positive. An investigation that reviewed video footage concluded the guard's brief interactions totalled 17 minutes during an eight-hour shift.

TikTok is typically used to post videos of people dancing or cute animals, but a Winnipeg doctor is using the platform to educate people about COVID-19 and how they can reduce the spread of the illness. Dr. Gigi Osler, a surgeon and the past president of the Canadian Medical Association, says she wanted to reach young people who might not read or watch traditional news sources.

"If you look at our cases, a lot of the cases right now are people in their 20s and 30s. You have to find ways to go to where the people are and they're on social media," she said. She posted her first short video to the social media platform in early March, showing people how to properly wash their hands to prevent the spread of COVID-19.

A recent video about how Winnipeg has become a hot spot for the virus had more than 23,000 views, and nearly 1,500 likes, as of Wednesday night. Other videos have shown people ways to stay safe and the benefits of wearing a face mask.

Osler said she wanted to educate people about how to stay safe and continue living their lives as the pandemic wages on, without going into another lockdown. She said she thinks that's possible to do, if people have the right information. "So that's my message that I keep trying to get across, [it] is one of hope. It's not one of fear. And it's a message that we can do this by taking a few simple steps."