The latest on the coronavirus outbreak for Nov. 27

The latest on the coronavirus outbreak for Nov. 27.

The federal government has chosen a senior military commander to lead its COVID-19 vaccine distribution effort as the country prepares for a massive inoculation campaign.

Maj.-Gen. Dany Fortin, the chief of staff to the Canadian Joint Operations Command and a former commander of the NATO mission in Iraq, will head up vaccine logistics and operations, Prime Minister Justin Trudeau announced on Friday.

Trudeau said the government is creating a new military-supported hub within the Public Health Agency of Canada that Fortin will head to co-ordinate what the prime minister characterized as "the biggest immunization in the history of the country."

Trudeau said the Canadian Armed Forces will assist in planning for and tackling challenges, such as the cold-storage requirements for the promising Pfizer and Moderna vaccines. The military also will help Ottawa get shots to some Indigenous and rural communities where health-care services are limited at the best of times.

Canada does not currently have the specific capacity to manufacture a COVID-19 vaccine, unlike Western nations including Germany, France and Italy and middle-income countries like Mexico and Argentina. Questions remain as to how many doses will be imported to Canada, and whether distribution will lag behind other developed nations. The government has been criticized by the opposition, provincial leaders and some public health experts for offering few details about its plans to roll out a vaccine once Health Canada gives at least one the green light.

While the federal government is procuring the drug, it will be up to the provinces and territories to get shots into the arms of Canadians. 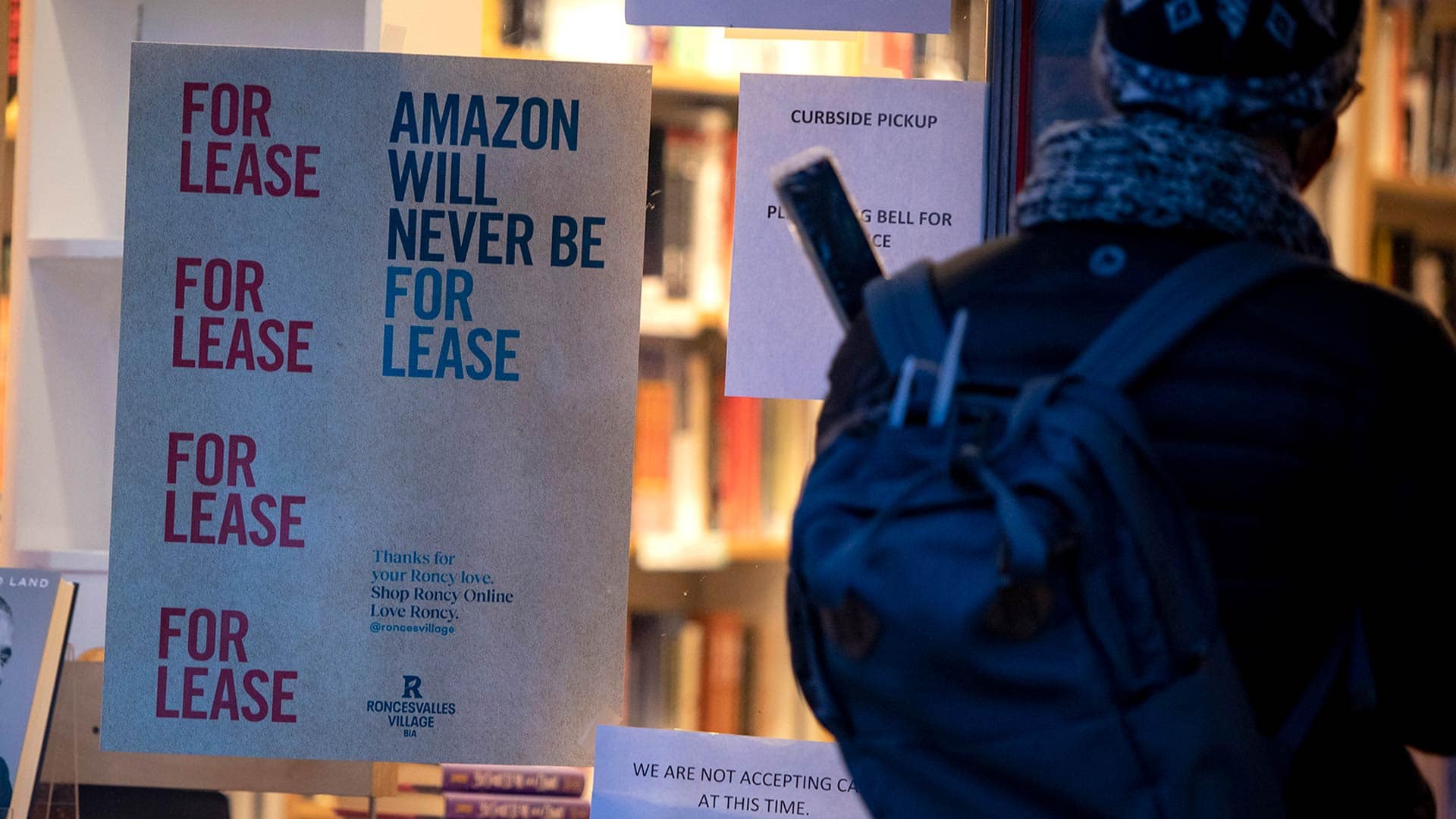 3 months ago
2:02
With the COVID-19 pandemic taking its toll on small businesses, there is a push for people to shop locally this holiday season, with groups setting up shopping and delivery for multiple local businesses in one place. 2:02

How local, online startups are hoping to get in on Black Friday benefits during the pandemic

There's a growing push this year with the coronavirus surging to make sure that the annual bonanza of Black Friday consumer spending goes as much as possible to the stores that need it most: small, local retailers that are struggling to stay afloat during the health crisis.

That's why Winnipeger Ibrahim (Obby) Khan has spearheaded a plan to bring together a handful of businesses that were doing fine before COVID-19, but found themselves losing sales afterward because they weren't able to pivot to online selling.

The restaurateur has co-founded Goodlocal.ca, a Winnipeg-based web platform that he describes as being like "Amazon and Etsy meet local." It's searchable by product and growing by the day.

"We will take care of the packaging, getting it from the vendor and we will drop it off at your house," Khan said.

Toronto's Melissa Zuker made a similar digital pivot, helping to launch Torontomarketco.com in June. A few dozen businesses signed up at first, but the response from customers was so encouraging that the site now works with almost 100.

The site offers either delivery, for a small fee, or contactless pickup.

As Zuker explains, now's the time because "your favourite bakery on the corner might not be there in the spring."

Read more about the initiatives

Global demand for ultra-cold freezers needed to store one of the COVID-19 vaccine contenders could mean Canada won't get access to the specialized equipment until well into 2021.

That's according to one Ottawa-based retailer of lab equipment. Molly Stopford, director of sales for Canadawide Scientific, says her company has already placed hundreds of orders for the special freezers on behalf of its government and private-sector customers, but expects hundreds more if Health Canada approves the Pfizer vaccine, which requires temperatures as low as –70 C for proper storage.

Normally, it takes about three months to ship a container of 40 ultra-cold freezers — which can run up to $20,000 each — from Asia to Canada. But with global demand, Stopford expects that wait to increase.

"If it were just Canada looking for them then it probably wouldn't be a problem, but we also are competing with the U.S. and Europe and Asia," she said.

Governments at all levels in Canada have approached Stopford's company to either buy freezers or inquire about pricing, she said. Hundreds of orders have already been placed, including orders for smaller units that could be used in a hospital or pharmacy.

On Friday, the office of Public Services Minister Anita Anand said 34 of the freezers have already arrived and that each freezer they ordered can hold hundreds of thousands of doses.

Read more about demand for freezers

Women in B.C. have fared worse than men during the pandemic, study finds

A new report out of British Columbia suggests many women are bearing the brunt of the pandemic's effect on the labour force.

In B.C., 53 per cent of women work in either retail, health care, education, or accommodation and food services — four sectors that were the first to feel the brunt of job losses and for a longer time, according to Dr. Marina Adshade, UBC professor and the economist who analyzed datasets for the report from the B.C. Women's Health Foundation.

As a result, the report says the unemployment rate for women soared to 28 per cent in April — while the provincial rate was comparatively much lower at 11 per cent, according to the B.C. government's jobs portal Work B.C.

Even in industries that employ equal rates of men and women, Adshade says the specific roles that women fill are higher risk. In big box and grocery stores, men more often fill management roles while more women work in sales or cashier roles.

"They [men] are not as likely to be... on the shop floor dealing with the general public the way that women are," she said.

Read more about the report's findings

In the global race to develop vaccines against COVID-19, the candidate developed by AstraZeneca and Oxford University is viewed as offering one of the best hopes for many developing countries because of its cheaper price and ability to be transported at normal fridge temperatures.

But some scientists raised doubts about the robustness of trial results reported this week showing the shot was 90 per cent effective in a sub-group of trial participants who, by error initially, received a half dose followed by a full dose.

Nevertheless, Thailand and the Philippines placed orders for the vaccine on Friday. And the British government, which has secured 100 million doses and is targeting a pre-Christmas rollout, called on its Medicines and Healthcare products Regulatory Agency (MHRA) on Friday.

"We have formally asked the regulator to assess the Oxford/AstraZeneca vaccine, to understand the data and determine whether it meets rigorous safety standards," British Health Secretary Matt Hancock said.

AstraZeneca CEO Pascal Soriot said on Thursday that the drugmaker was likely to run an additional global trial to assess the efficacy of various dosages.

The City of Montreal says it plans to install 25 winter stations across 17 boroughs near commercial areas to encourage people to buy local.

The stations are made with the input of local designers and architects with seating areas and props for children to enjoy. Winter activities will also be made available in large parks across the island as well as in Parc Jean-Drapeau on Île Sainte-Hélène.

Montreal Mayor Valérie Plante is framing the plans as a way for people to enjoy the outdoors and help small businesses in the process, albeit with physical distancing measures in place.

It is also making different winter activities available in large parks across the island as well as in Parc Jean-Drapeau on Île Sainte-Hélène. Cross-country ski trails are being set up at each of the city's large parks, as well as trails for snowshoeing and walking. Meanwhile, Anse-à-l'Orme, Cap Saint-Jacques, Pointe-aux-Prairie and Jean-Drapeau will have paths for so-called fat bikes.

"Take the time to just go and discover another park, please. Parc Jean-Drapeau is a great example. It's so central, you can take the subway and boom you're there," said Plante.