Health officials and politicians across the country, including the mayor of hard-hit Montreal, are urging people not to be lax with public health measures even as cities and provinces take tentative steps toward reopening amid the coronavirus pandemic. Here's a look at what's happening in Canada.

'This is not the time to slack off with our efforts,' Montreal's mayor says 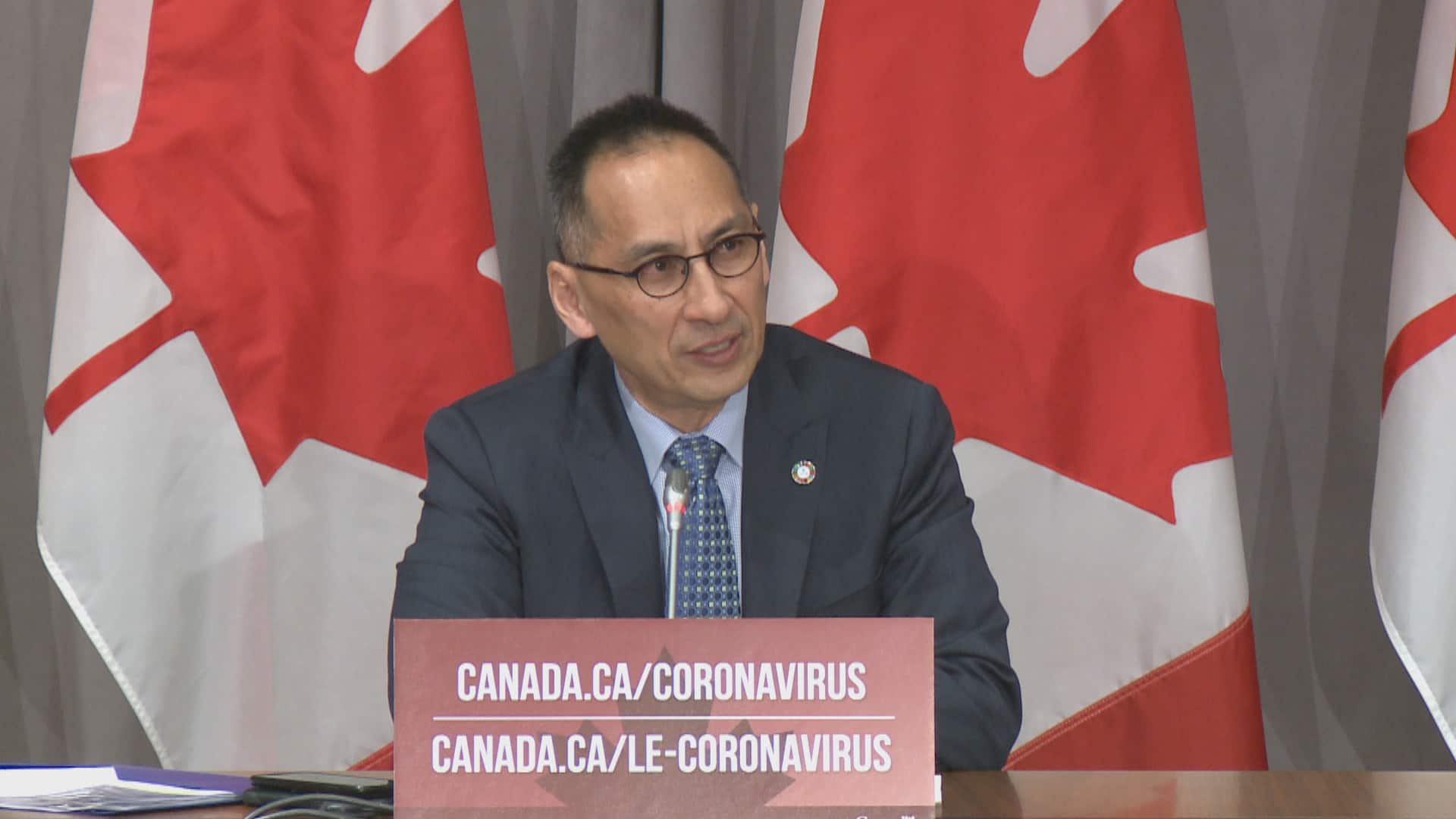 Dr. Njoo on a second wave of COVID-19

The cities of Calgary and Brooks will join the rest of Alberta on Monday, reopening bars, restaurants, hair salons and barbershops.

Premier Jason Kenney made the announcement on Friday, more than a week after the rest of Alberta got the go-ahead to reopen. The two southern Alberta cities were told to hold off due to high COVID-19 infection rates.

Kenney said the decision to reopen Calgary and Brooks came on the advice of the chief medical officer of health.

"Thanks to the vigilance of Albertans, we are winning the fight against COVID-19," Kenney said.

New Brunswick's Chief Medical Officer of Health Dr. Jennifer Russell expressed similar sentiments on Friday as she talked about the province's move to the next phase of reopening, which is unfolding in stages. More businesses are allowed to reopen and people can spend time with people outside their "two-household bubbles" — but restrictions on international and interprovincial borders will stay in place for now to reduce the risk of imported cases.

The province, which reported a new coronavirus case on Thursday after two weeks without any new cases, is urging people to stay vigilant even as rules relax slightly and arrange to get tested immediately if they show symptoms. Health officials reported no new cases on Friday.

"Have a very low threshold to get tested," said Russell, who noted that the province is further loosening restrictions with the understanding that the health system has the capacity to test, trace and isolate cases. 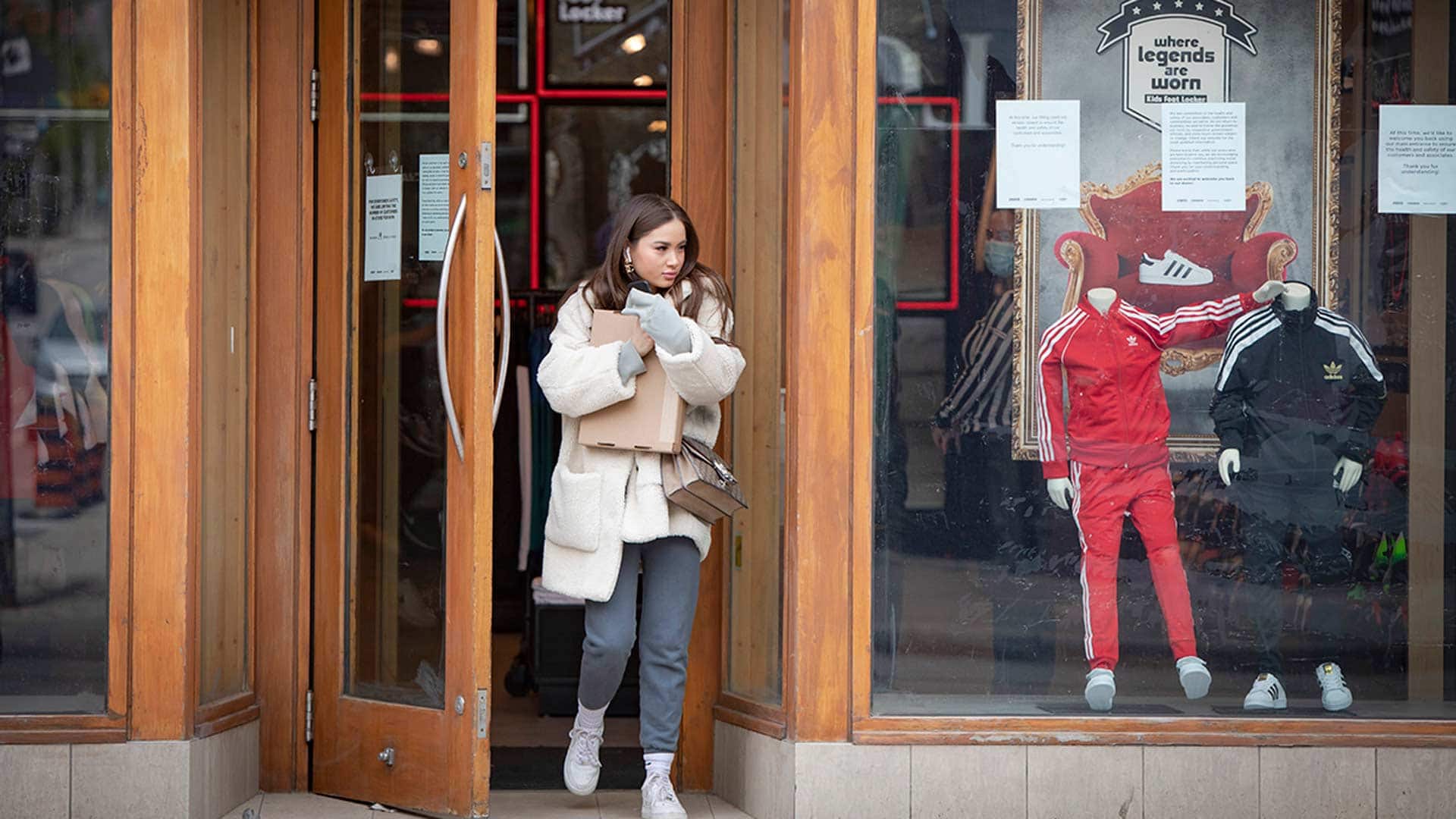 10 months ago
2:04
Ontario and Quebec have most of Canada’s COVID-19 cases and as infections continue, so do the concerns the provinces are reopening too soon. 2:04

Still, Russell said the province expects a second wave, and would like to delay it "as long as possible and make sure that it is as small as possible and that the fewest number of people are affected as possible."

In nearby P.E.I., Chief Public Health Officer Dr. Heather Morrison said the province is coming out of the first wave of the pandemic. The province is moving ahead with Phase 2 of its reopening, though Premier Dennis King warned easing back restrictions was "never a process to go back to normal," because he doesn't know what the new normal will be.

"In this province, by following a careful, health-based plan, we have done very, very well," King said.

P.E.I., which has reported 27 coronavirus cases in all, hasn't reported a new case in the province for nearly four weeks. All confirmed cases have recovered. 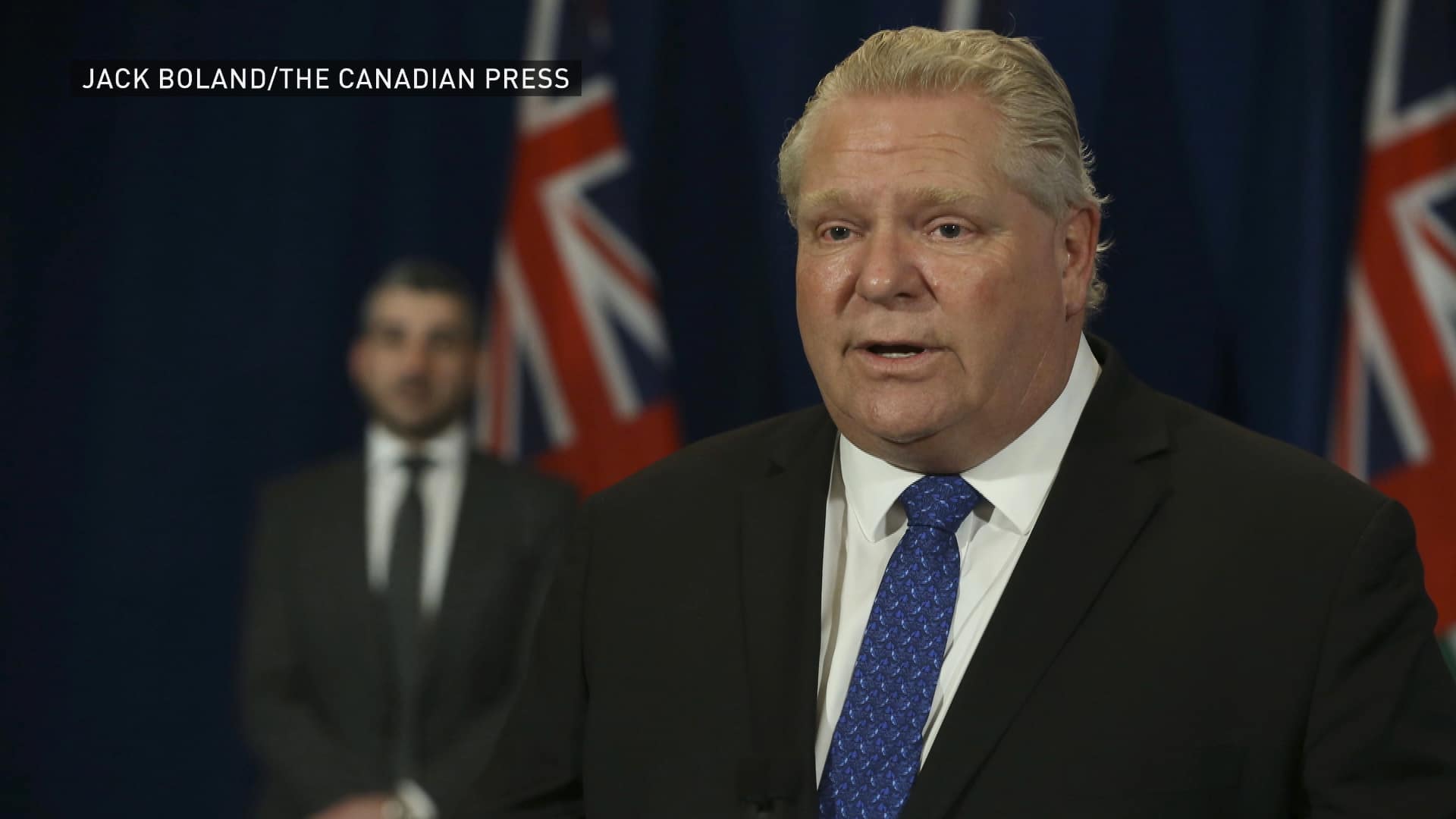 Doug Ford once again vows to ramp up testing

10 months ago
1:06
'We're on this,' says Ontario Premier Doug Ford, insisting that testing for COVID-19 will improve in the province. 1:06

Health Minister Patty Hajdu said Friday her ministry has been working with provinces to make sure they have the materials needed to meet their testing goals, including swabs, reagents and people to do the work.

"We see ourselves as building capacity for all the provinces and territories to test to their fullest need," she told the House of Commons committee on government operations. Each province has its own testing strategy, and Ottawa must adapt its support to meet their individual needs, she said.

As of 8:20 p.m. ET on Friday, Canada had 82,480 confirmed and presumptive coronavirus cases, with 42,607 of those considered resolved or recovered. A CBC News tally of deaths attributed to coronavirus based on provincial data, regional health information and CBC's journalism stood at 6,342.

Federal public health officials have also been urging caution and encouraging people to stick with frequent handwashing, cough etiquette, physical distancing and staying home when sick. On Wednesday, Canada's Chief Public Health Officer Dr. Theresa Tam added another recommendation, saying people should wear non-medical face masks in public when they aren't sure they will be able to physically distance.

Here's what's happening in the provinces and territories

British Columbia , which has had some success flattening the curve and is gradually reopening,  reported 18 new coronavirus cases and three more deaths on Friday. The total number of confirmed cases released on Friday includes 10 people who were infected in Alberta in connection with the outbreak at the Kearl Lake oilsands project, who self-isolated there before returning home to B.C. Those cases had not previously been included in B.C.'s numbers. Read more about what's happening in B.C.

Calgary and Brooks will join the rest of Alberta by allowing bars, restaurants, hair salons and barbershops to open on Monday, while more restrictions will be lifted across the province on June 1.

Premier Jason Kenney said Friday that the decision comes on the advice of the chief medical officer of health, though he warned that the virus is still a threat.

"While this is positive news for many, it doesn't mean that we're out of the woods yet," said Kenney. Read more about what's happening in Alberta.

Saskatchewan said it will move to the next phase in its reopening on June 8. Bars and restaurants are among the businesses that will be allowed to reopen in Phase 3, though they will have to operate at reduced capacity and with physical distancing measures in place. Read more about what's happening in Saskatchewan.

There are two more cases of COVID-19 in  Manitoba, public health officials announced Friday, bringing the number of active cases in the province to 18, and the total provincial caseload to 292.

Friday ended a three-day streak of no new cases being found in the province. Over the past seven days, three cases of COVID-19 have been identified. Read more about what's happening in Manitoba.

Ontario reported 441 new cases on Friday, the most on a single day since May 8. The province also announced that the number of tests performed Thursday again fell short of its goal of 16,000 a day. It's the fifth straight day that the province has failed to meet its target, let alone its capacity of 20,000. The backlog of tests waiting to be processed grew to 5,516. Read more about what's happening in Ontario.

WATCH | Doug Ford once again vows to ramp up testing: 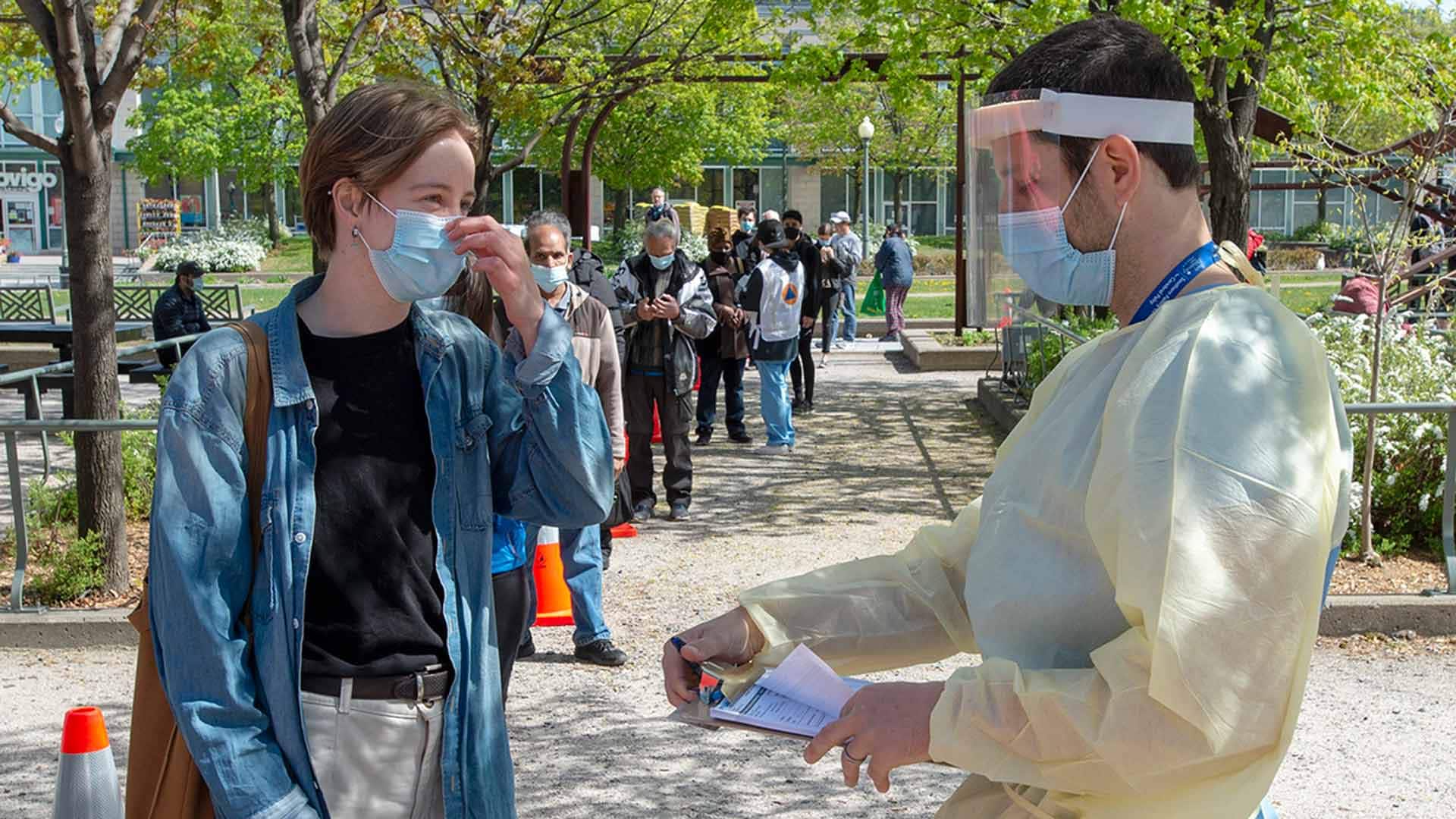 10 months ago
2:04
Even though Canada is slowly reopening, testing isn't ramping up to match the rising risk of infections. That worries experts, and has the federal government offering assistance. 2:04

The Quebec government is aiming to have children back in schools in the fall, ideally full time. A working document prepared by the province also included a second option, where students would go to school part time, with fewer students in each class. Read more about what's happening in Quebec, which has also been falling short of its testing goal.

New Brunswick reported no new coronavirus cases on Friday, a day after officials reported a case in a person under the age of 19 in the Campbellton region. Read more about what's happening in N.B.

A Nova Scotia man who contracted COVID-19 in mid-March is donating plasma to a clinical trial. "We got such great care from the health-care folks that we wanted to give something back," said Donnie Clarke. Read more about what's happening in N.S., which reported two new cases and two new recoveries on Friday.

Prince Edward Island is moving to its next phase of reopening Friday, and is now allowing retail stores to open their doors to the public with physical distancing measures. Read more about what's happening on P.E.I. 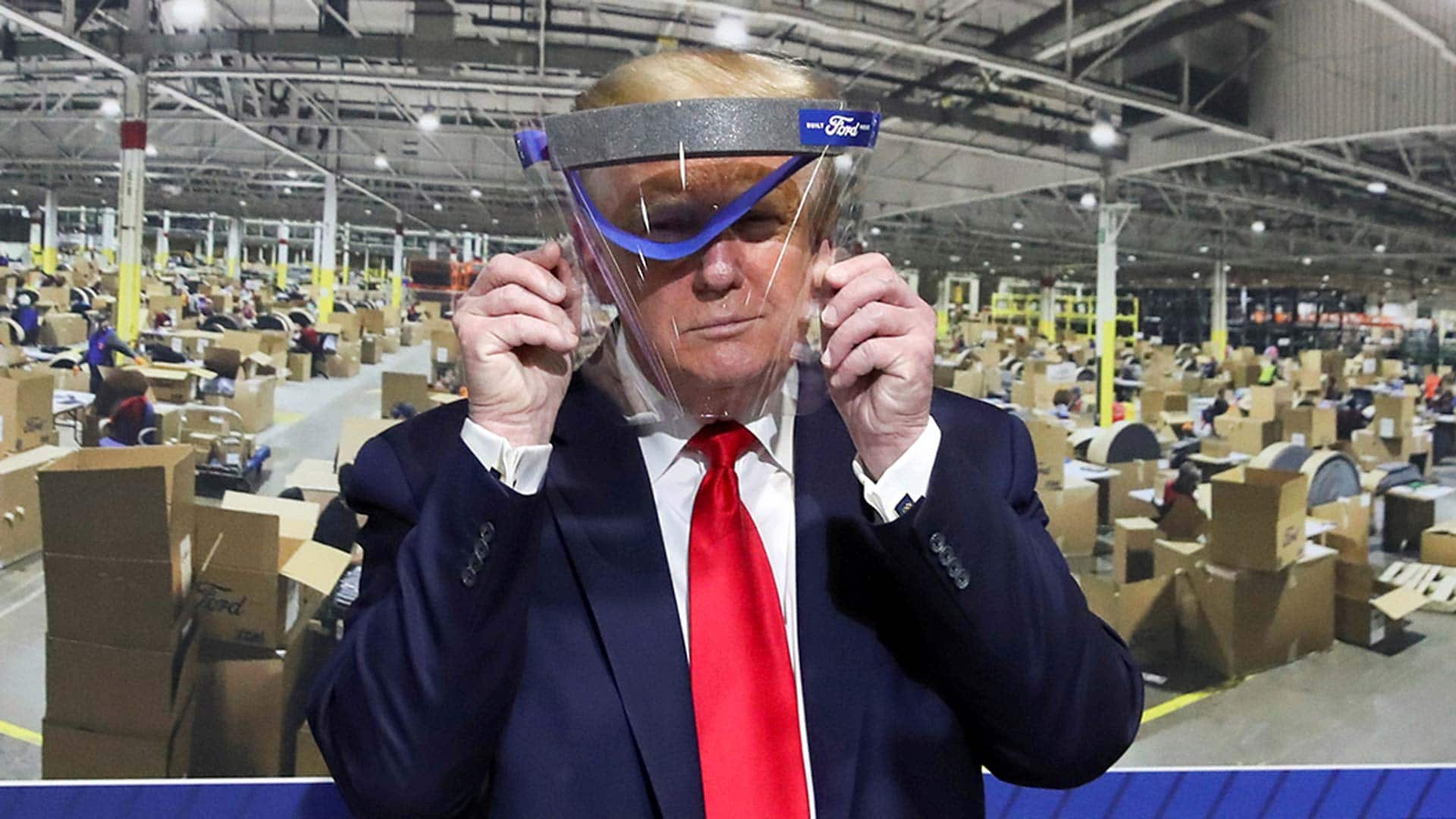 10 months ago
1:59
U.S. President Donald Trump visited the swing state of Michigan to talk about flood relief, and his self-proclaimed success in dealing with the pandemic, but his ongoing feud with state politicians over mail-in ballots took centre-stage. 1:59

Newfoundland and Labrador reported no new coronavirus cases on Friday, marking 15 days without a new case. Read more about what's happening in N.L., where the government is announcing new measures to help businesses impacted by the pandemic.

There were no new cases of coronavirus reported in Yukon, the Northwest Territories or Nunavut on Thursday. Read more about what's happening across the North. 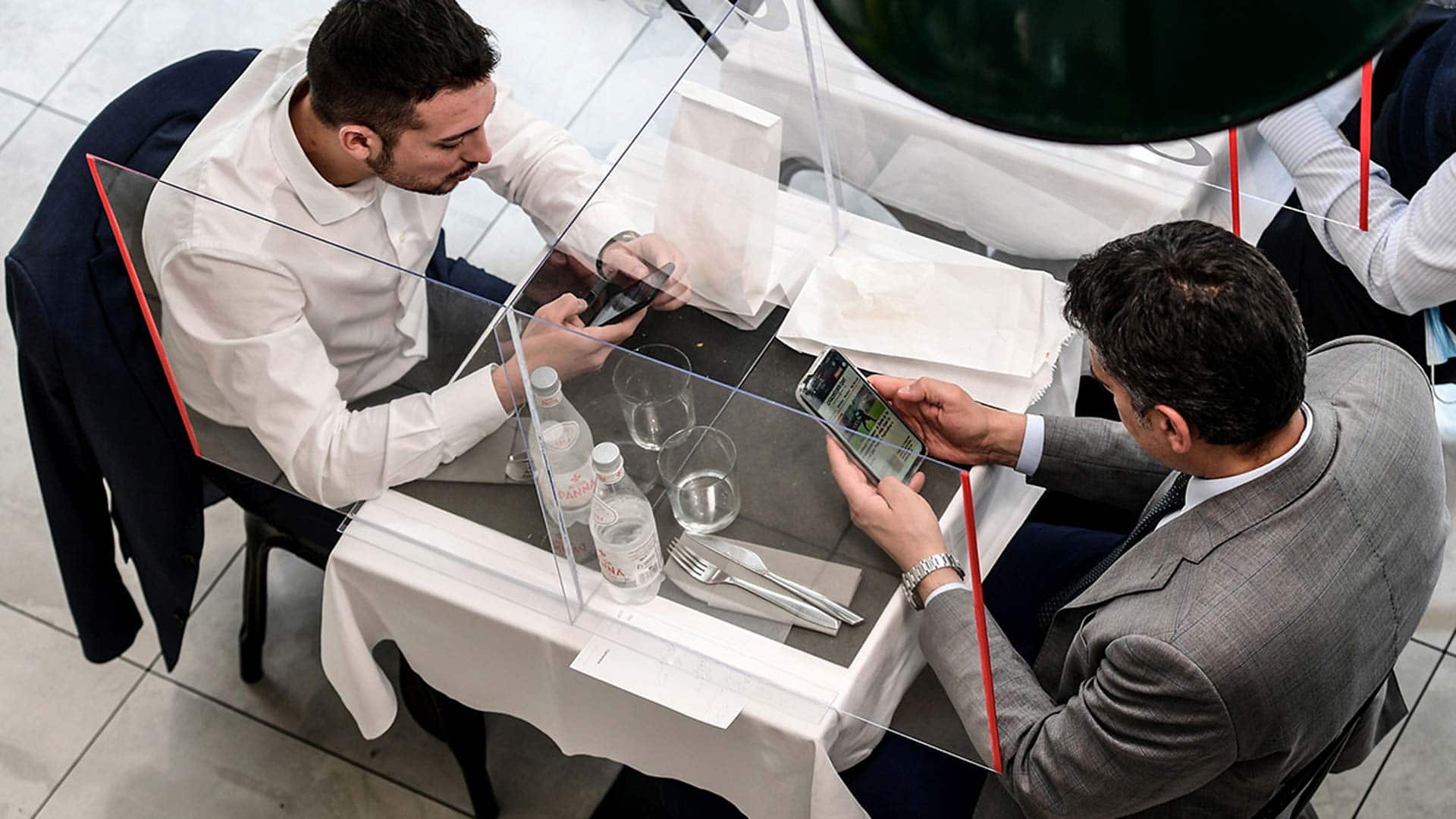 Italians use creativity to counter damage from COVID-19

10 months ago
2:02
As Italy re-opens, businesses in the design and fashion capital of Milan see creativity as a way to counter the damage done by COVID-19. 2:02

WATCH | Italians use creativity to counter damage from COVID-19: