Quebec provincial police are investigating whether at least two cellphone tower fires north of Montreal could be linked to conspiracy theories that 5G wireless technology caused the coronavirus pandemic.

Quebec provincial police are investigating whether at least two cellphone tower fires north of Montreal could be linked to conspiracy theories that 5G wireless technology caused the coronavirus pandemic.

Early Thursday morning, Quebec provincial police arrested a 28-year-old man and a 25-year-old woman in connection with fires set at two cellphone towers in the region north of Montreal overnight. They were later charged with arson and mischief.

Sgt. Marc Tessier, a spokesperson for the Sûreté du Québec, confirmed that police are looking into whether the pair may have been motivated by a 5G conspiracy theory when the fires were set. However, police won't say why they are investigating if there is a link between the theory and the fires.

Tessier said police do have evidence to suggest the pair may have been involved in five earlier cellphone tower fires set in the area since May 1.

Guillaume Binette, the lawyer for the man arrested and charged in the fires, said outside a Quebec courtroom Thursday afternoon he doesn't know if his client is part of a group or if he holds anti-5G views.

A spokesperson for Rogers said that none of its three towers in Quebec that were set on fire in the last week are 5G towers. The two towers in Laval and a tower in Prévost are 2G, 3G and 4G, according to the spokesperson.

The 5G coronavirus conspiracy theory started bubbling up online in late January, around the time when news of the coronavirus began to resonate outside China.

Cellphone tower fires were reported in the U.K. in early April and government officials there linked the fires to conspiracy theories.

The group representing mobile network operators in Britain confirmed to Business Insider that at least 77 towers have been set on fire there, and network engineers were verbally harassed or physically attacked.

Here's what we know about the conspiracy theory and why it's spreading.

Fifth-generation wireless technology is referred to as 5G. It is the latest cellular technology that builds on previous generations like 4G and 3G. (There is 1G technology, which emerged in the early 1980s.)

The 5G technology is up to 100 times faster than 4G and offers better connectivity, according to the Communications Research Centre of Canada.

Before the pandemic, a lot of the discussion about 5G was focused on privacy and national security issues, not health.

The Canadian Wireless Technology Association says 5G is only in its infancy in Canada and only a handful of Canadian cities have functional 5G cellular networks in operation in their downtown cores. The organization says there are "no established health risks from the radiofrequency waves used in 5G networks in accordance with applicable safety standards."

What is the conspiracy theory that links 5G to coronavirus?

There are several versions of the conspiracy theory spreading online. Some versions say that 5G waves help viruses and bacteria spread more quickly.

Another claims that a virus isn't to blame for the pandemic. Rather, the illness is caused by cells that have been poisoned from exposure to 5G radiation.

Jonathan Jarry, a science communicator with McGill University in Montreal, said the cell poisoning theory is not scientific and is completely unsubstantiated.

WATCH | Why a viral video claiming 5G networks caused the coronavirus is untrue: 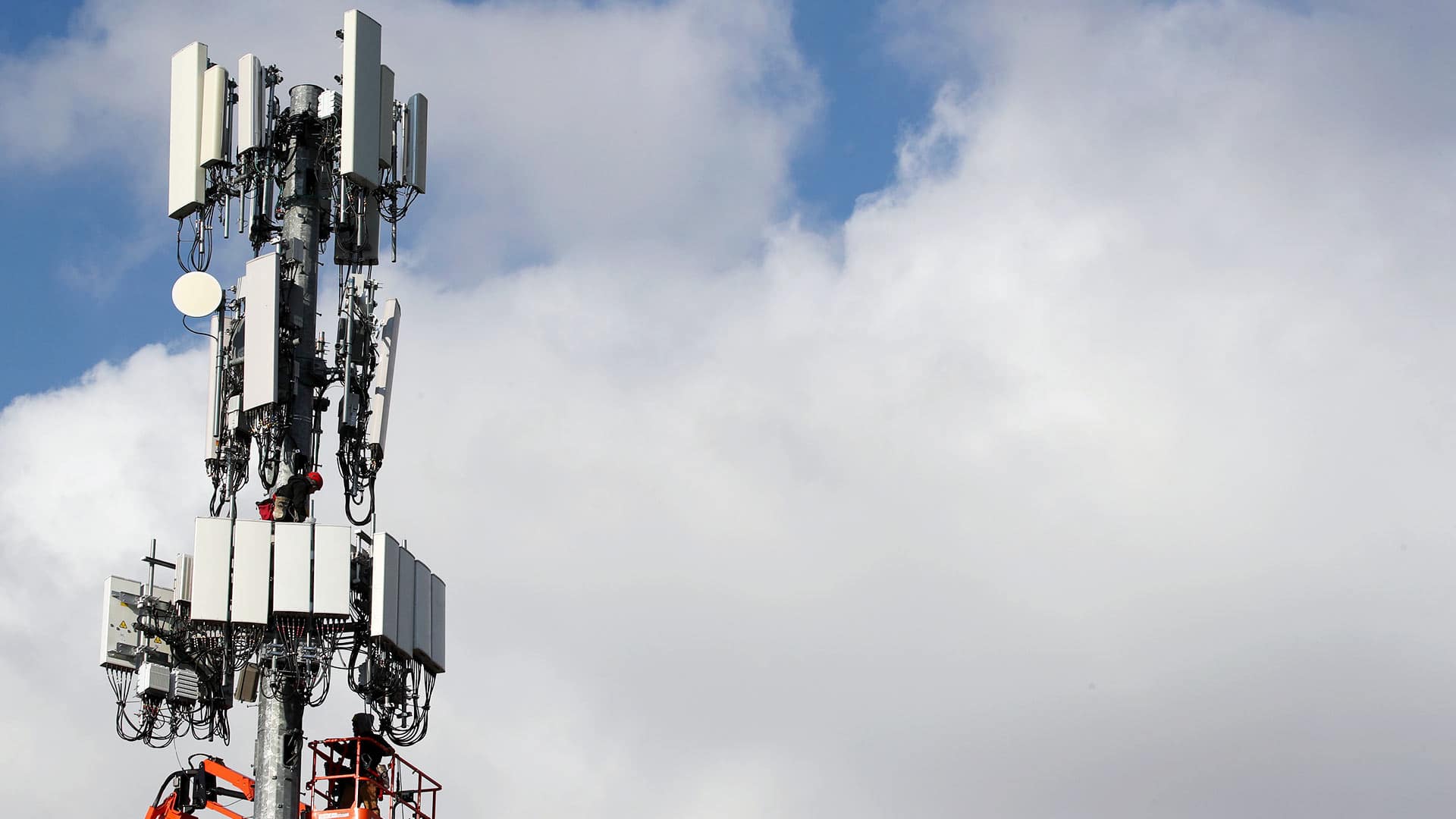 No, 5G doesn’t cause the coronavirus

How do we know that 5G doesn't cause coronavirus?

Jarry said "there is absolutely no link between 5G and COVID-19." He said that 5G waves are part of the spectrum of electromagnetic radiation, which ranges from lower-energy waves like radio waves to visible light and X-rays.

"You don't see people protesting against the sun. But the sun ... is bathing us with visible light that is a lot more energetic than these particular waves," he said.

The World Health Organization and the U.S. Centers for Disease Control say there is no scientific evidence showing that 5G has adverse effects on human health, said Jarry.

Where did the conspiracy theory come from?

The first known example of someone linking 5G to the coronavirus appears to be a blog post in France on Jan. 20, 2020, according to reports by ABC News and other media outlets. (The blog post has since been taken down.)

In the post, the anonymous author cites an interview posted online in which someone claims that 5G waves can be absorbed by bacteria and viruses, giving them the energy to "multiply better." The blog post also says that Wuhan, China, where the new form of coronavirus emerged, has many 5G stations, but it incorrectly says they are the cause of a virus mutation that led to the coronavirus pandemic.

Two days later, a Belgian newspaper published an interview with a doctor who raised the idea of a link between 5G and coronavirus. Wired reports the article was later deleted from the newspaper's website, but after that, the idea spread quickly on social media.

How is the conspiracy theory spreading?

Jonathan Morgan, the CEO of Yonder, an internet research company, said that conspiracy theories will start in the darker corners of the internet such as anonymous message boards, then make their way to Reddit, first on fringe subreddits or message boards, and then to more mainstream ones. From there, they jump to mainstream platforms like Facebook and then can get picked up by major personalities and influencers.

"There's always a bigger fish to eat the narrative. And so you've heard it from someone you trust and you pass it along, and there's almost a chain as it works its way up the internet food chain," Morgan told Radio-Canada in an interview.

In mid-March, CBC debunked a viral YouTube video in which an American doctor on disciplinary probation falsely claimed the pandemic was caused by 5G. The original video has been taken down by YouTube, but other versions are still viewable.

The video has also been rated as false by third-party fact-checkers working with Facebook and comes with a warning label directing users to better information.

However, at one point the video was shared on Twitter by American singer Keri Hilson, although she has since deleted the post. Actor Woody Harrelson put up a screengrab of what appears to be a scientific paper linking 5G to the coronavirus on his Instagram account and said a friend had sent it to him, but later deleted the post.

In March, the musician MIA said on Twitter, "I'm not feeling well and my symptoms match the 5G symptoms," and demanded the removal of what she says is a 5G installation near her house. That tweet is still up.

When celebrities spread these rumours, it gives them mainstream legitimacy, said Morgan.

"In this period of COVID-19, that was the spark that was needed to then escape these fringe communities and become mainstream basically overnight," said Morgan.

With files from Jeff Yates and Geneviève Garon