Survivors of sexual abuse by Catholics clerics have compiled and published a list of men accused of the abuse in a southwestern Ontario diocese over the past 60 years.

Starting at the age of 10, Miriam MacCormack says she was sexually abused by a Catholic priest for two years.

After five decades of struggle — including suicide attempts — MacCormack will see her abuser's name made public. But not by the southwestern Ontario diocese of London, where the abuse occurred.

MacCormack's abuser, Father Ron Reeves, now dead, is among the names of 36 accused clergy compiled and published by a group of sexual abuse survivors.

MacCormack said the list is important as validation of what happened to her.

"If you sit down and you look at the list, it's hard to deny that this has happened."

The list includes names of priests in the London diocese who were charged, convicted or linked to victims that made allegations and successfully sued or settled with the church for amounts of more than $50,000 — and only those who preyed on minors.

Most of the priests named on the list are dead. 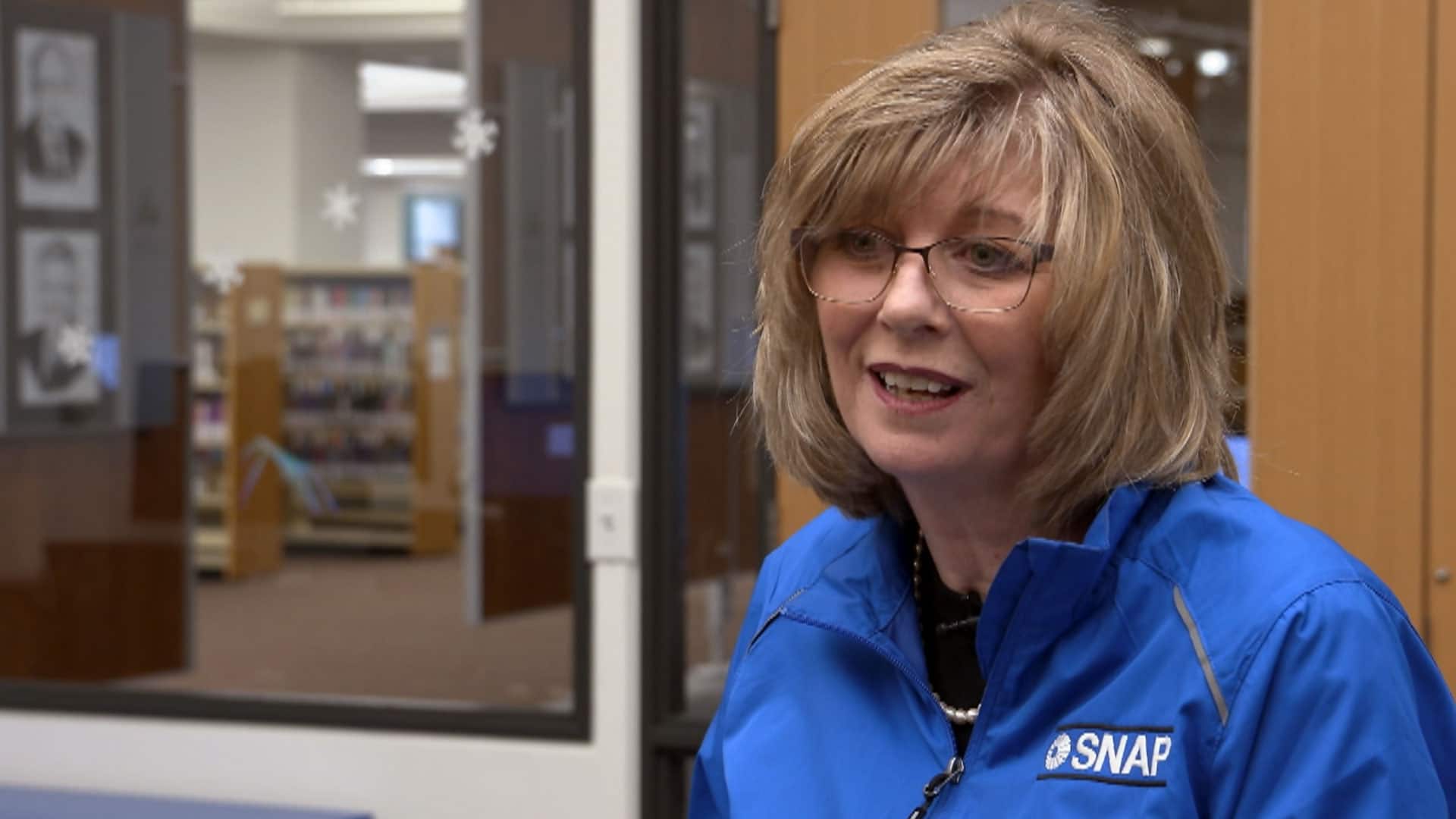 The list includes a number of high-profile cases that have been in the public domain for years, but also the names of priests for whom the church settled lawsuits brought by victims.

In some cases, the allegations were never tested in court. In other cases, victims signed non-disclosure agreements, preventing the details from being made public.

"To see all these names compiled in one list, it's overwhelming … and this is by the way an incomplete list. This is only the names that we were able to gather," said Brenda Brunelle of Windsor, who is leading the campaign.

Brunelle composed the list along with the help of other clergy abuse survivors and lawyers.

"This is stuff that the public at large has no idea of. It's ... upsetting. It's a hard read. And not knowing to what extent what this list really should be is alarming," said Brunelle.

The list was posted Dec. 4 on the website of the group Survivors Network of those Abused by Priests (SNAP). Brunelle, 56, leads the southwestern Ontario chapter of the international organization.

Brunelle, an abuse survivor herself from the age of 12, has been increasing the pressure on London Bishop Ronald Fabbro to make public any list the church has of clergy who have been accused of sexual abuse.

On Nov. 20, Brunelle sent Fabbro a letter, but when she didn't receive a response, she decided to take matters into her own hands, compiling information from media reports, court filings and first-hand survivor accounts.

Brunelle believes her list is accurate, but not complete.

"If we were able to come up with 36 names, imagine what Bishop Fabbro has in his files, and the numbers that he has," said Brunelle. "It's important to hold this institution accountable."

Brunelle reported her allegations to the religious order her abuser belonged to. She says nothing happened as a result. So, in 2009, she took legal action against the London diocese and ended up settling the case three years later.

In releasing the list, she said she is looking not only to validate survivors' stories but also to hold the church accountable for what it knew about abuse by clergy and what action it did or did not take.

"There's an accountability here, there's a transparency and if you want to rebuild the trust or regain respect in that institution, they need to do something," said Brunelle.

"I hope the citizens of this country say enough is enough and we demand action and we want it now."

The Fifth Estate requested an interview with Fabbro to discuss the list, but he declined.

The London diocese did provide a statement saying it wasn't able to comment on a list it hadn't seen.

"As part of a commitment to supporting survivors and allowing them to determine whether or not to reveal information about their experiences, we have waived confidentiality requirements from all settlement agreements in our diocese," said the statement emailed on Tuesday.

"That way, those who wish to tell their stories may do so and those that worry about being inadvertently identified, despite their wishes, can choose to remain protected by confidentiality."

The diocese also said it works with survivors to respond to their individual needs.

The London diocese is one of Canada's 60 Latin Rite archdioceses and dioceses. It has jurisdiction over London, Sarnia, Chatham-Kent, Windsor and smaller communities in between.

The sexual abuse scandal has garnered attention in this diocese in particular because of high-profile criminal cases and allegations of abuse reported in the media.

The list is a snapshot of 50 to 60 years of allegations that priests abused children and then moved around after credible accusations emerged.

One of the most publicized cases was that of Father Charles Sylvestre. In 2006, he pleaded guilty to 47 counts of indecent assault for the abuse of girls and was sentenced to three years in prison. The abuse took place between 1952 and 1989 in Hamilton, Windsor, London, Sarnia, Chatham and Pain Court, a village in Chatham-Kent. More than 78 civil lawsuits have been filed in relation to Sylvestre.
Another well-known name to make the list is that of Father Hodgson Marshall. In 2011 and 2012, he was convicted of numerous counts of indecent assault, gross indecency and sexual assault involving 16 boys and one girl. He received a two-year prison sentence. The abuse took place between 1952 and 1985 in Windsor, Toronto, Sudbury, Saskatoon and Sault Ste. Marie.

But not all victims went to the police.

MacCormack said her abuse first took place at Our Lady of Sorrows parish in Aylmer, Ont., in 1969. She believes she was just one of Reeves's victims because he told her what he had done to others.

"There was this kind of salacious glee about what he did to other girls and also the assumption that this is really what they wanted and he was just giving them what they wanted. And I remember literally the shivers in my body when he would describe it," said MacCormack.

None of the allegations against Reeves were tested in court because a $260,000 settlement was reached between the parties.

Reeves was a Roman Catholic priest and was employed by the London diocese and the Scarboro Foreign Mission Society, a non-profit corporation that recruited, trained and sent missionary priests throughout the world.

Reeves worked in the missions in Western Canada and overseas. In 1957, he was accepted into the Victoria diocese on a three-year trial basis before he was formally accepted as a priest in 1961.

MacCormack, 60, now lives in Stratford, Ont., and has never shared her story publicly until now.

"The long-term keeping of a secret still feels like a muscle that needs to be exercised and it certainly makes me feel vulnerable," she said.

"Having experienced conversations with other survivors, it certainly inspired me to recognize that me speaking out may allow someone else to begin their healing process."

MacCormack blames the abuse for a lifetime of mental health issues, including several suicide attempts.

"They were well-planned, well-executed and miraculously survived."

She's also hoping publication of the list creates an opportunity for survivors and the church to work together.

"Ironically it's these survivors I think who can perhaps guide the church out of this morass of denial. In a sense we could be allies as opposed to adversaries."

The London list comes on the heels of an internal review of clergy sexual abuse cases commissioned by Vancouver Archbishop Michael Miller in 2018.

Getting 'caught up with the times'

As The Fifth Estate reported last month, that review documented 36 cases of clergy abuse in the Vancouver archdiocese, 26 involving children. But of those 36 cases, only nine were made public in the archbishop's report.

Nevertheless to date Vancouver remains the only Catholic entity in Canada to make this kind of information public.

Rob Talach, a lawyer in London, Ont., who has taken the Catholic Church to court more than 400 times for sex-related abuses, said the church should be held to the same level of accountability as other institutions and professions.

"Look, other important professions, doctors, teachers, a lot of the regulated professions, you can go on the internet right now and you can type in your doctor's name and you can see their discipline history," said Talach.

"The Roman Catholic Church and their priests are really a rare exception to that rule. So this isn't something that's Catholic-centric or picking on the priests. This is just getting that institution caught up with the times."

He also represented MacCormack in her lawsuit against the church.

He believes making lists public helps victims. But the onus shouldn't be on survivors to do that, he said, but on the church.

"The names and the details are going to get out there one way or another. So they can ... take the high ground and do the right thing or they can be dragged along screaming and kicking."