Lest we forget: Canadians gather to mark Remembrance Day

Canadians at cenotaphs and monuments across the country are remembering and honouring those who took up arms — and in some cases paid the ultimate price — to defend this country and its way of life.

Prime Minister Justin Trudeau and Gov. Gen. Julie Payette were among those who laid wreaths

As the skies in Ottawa echoed with the boom of a gun marking the start of two minutes of silence, memories came flooding in for Second World War veteran William Anderson.

"All the nice things and the sad things, they all mingle and jumble together," said the 97-year-old. "It's a very big day."

The former lieutenant was just one of tens of thousands of Canadians who gathered at the base of the War Memorial In Ottawa on Monday morning for the national Remembrance Day ceremony. Thousands more gathered at their local cenotaphs across the country as the clock struck the 11th hour.

"I wanted to see and be seen and be part of the support our veterans deserve," said Anderson, who arrived on Normandy's shores in June of 1944, six days after D-Day, as a reinforcement soldier.

"It's so important for everybody to understand that are things to be remembered and the veterans have an opportunity to stand up and be counted."

Prime Minister Justin Trudeau and Gov. Gen. Julie Payette were among those who laid wreaths on the monument, unveiled 80 years ago by King George VI,  in memory of those who died. 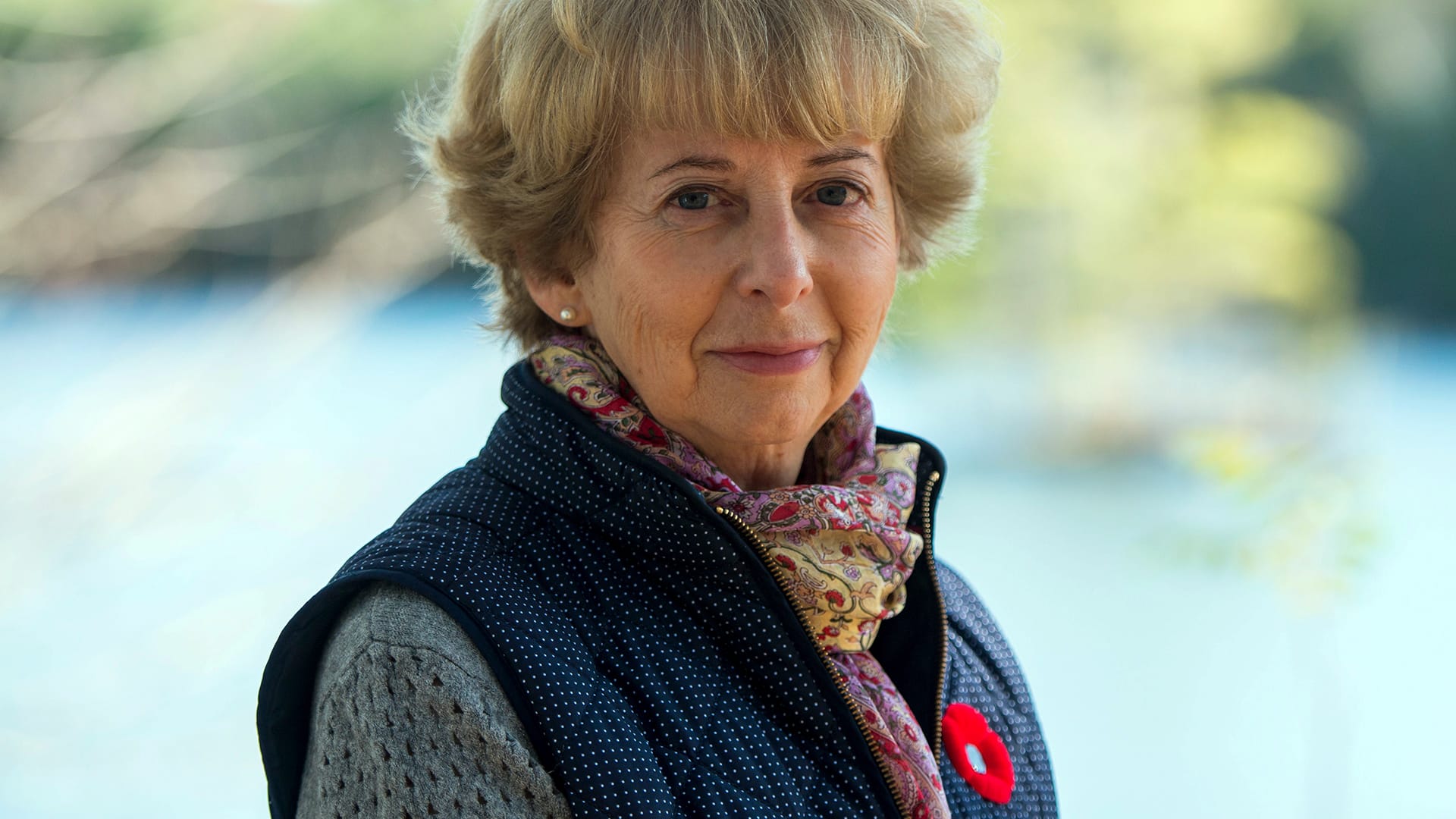 1 year agoVideo
7:54
2019 Silver Cross Mother Reine Samson Dawe speaks to Rosemary Barton about raising four sons in the military and the death of her youngest son Capt. Matthew Dawe while serving in Afghanistan. 7:54

"They fought for the ideals of peace and to defend our liberties," Payette said in a video message before the ceremony.

"Many were wounded in their body and in their soul. Too many paid the ultimate price. We owe them an immense debt of gratitude. We must never forget their sacrifice and the terrible costs of war. Let us never take freedom for granted and stand up for equality and tolerance."

'They stood for liberty'

Trudeau echoed those sentiments in a separate statement, crediting those who served in uniform with having built peace, defended democracy, and enabled countless people to live in freedom in Canada and around the world.

"Today, we pay tribute to our veterans, to those who have been injured in the line of duty, and to all those who have made the ultimate sacrifice," he said. "They stood for liberty, and sacrificed their future for the future of others. Their selflessness and courage continue to inspire Canadians who serve today."

Canada's top solider, Chief of the Defence Staff Jonathan Vance, said laying a wreath is a deeply personal act for him.

"To stand before that war memorial on behalf of the members of the Canadian Armed Forces and lay that wreath is a moment of singular humility and honour," he said.

"For me, I think of those close to me who I lost. I think of my dad, who served for 37 years. He's gone now. And I think of the troops who are serving now."

Also present for this morning's national ceremony will be this year's Silver Cross Mother, Reine Samson Dawe, whose youngest son, Capt. Matthew Dawe, was killed in Afghanistan in 2007 alongside five other Canadian soldiers and an Afghan interpreter.

Samson Dawe laid a wreath on behalf of all Canadian mothers who have lost children to war.

The Royal Canadian Legion estimates nearly 32,000 people lined the streets in downtown Ottawa for Monday morning's ceremony, which has been the average for the past decade.

Veterans Affairs Minister Lawrence MacAulay said he's encouraged by the growing number of people who come out every Nov. 11 to pay their respects.

"I think it's observed much more now than it was 25 years ago," he said. "You see young people involved. The idea is to take the message back, to understand what veterans truly went through. And they are truly taking an interest in this."

"I think we understand so much more about what the veteran went through, like PTSD. We understand what that is. I don't think we had a great understanding of that 25 years ago. We've done a lot to help veterans, but there's a lot more to do."

This year's Remembrance Day ceremony follows a major ceremony in France earlier this year marking the 75th anniversary of D-Day, when thousands of Canadian stormed the beaches of Normandy with their British and American allies to fight Nazi Germany.

It also comes exactly 101 years to the day after the end of the First World War.