Canada loosened its border rules to allow immediate family to enter the country. But many cross-border couples have discovered their relationship doesn't qualify, including Stephen Barkey and Cathy Kolsch, who live in an RV.

Canadian Stephen Barkey and American Cathy Kolsch say they're devastated after being forced apart when they tried to cross the Canada-U.S. border on Monday.

"We don't know when we're going to be reunited," said Barkey, a 65-year-old retired sales rep. "It feels like my whole life has been ripped apart."

The couple, who had been living together in the U.S., tried to cross the border from North Dakota into Saskatchewan after Canada loosened its travel restrictions to allow immediate family to enter the country. But Kolsch was denied entry to Canada because the couple wasn't able to prove she is Barkey's common-law partner.

When they turned back to re-enter the U.S., Barkey was then denied entry because the U.S. land border is now closed to Canadian visitors. Consequently, the couple was forced to separate and return to their respective countries.

"We were screaming and sobbing and pleading," said Kolsch, a 61-year-old retired paramedic. "It's inhumane what happened to us."

Barkey and Kolsch are one of many cross-border couples separated during the pandemic. To help stop the spread of the coronavirus, Canada currently prohibits foreigners from entering the country for non-essential travel.

The federal government loosened the rules on June 8 to allow foreigners to visit immediate family in Canada — including spouses and common-law partners. However, many cross-border couples have been dismayed to discover that their relationship doesn't qualify.

"We are together. We are common-law," Kolsch said.

To qualify as common-law, unmarried couples must prove that they've lived together for at least one year.

Barkey and Kolsch said they have lived together for a year-and-a-half in their recreational vehicle (RV), mainly splitting their time between Barrie, Ont. and California.

When the pandemic hit and the Canada-U.S. land border closed to non-essential traffic, Barkey stayed in the U.S. with Kolsch. But after the Canadian government revised its travel restrictions, the couple drove their RV to the Saskatchewan border, confident they would qualify as a common-law couple.

Although they came armed with proof of their life together, including receipts for the campgrounds they've stayed at, the couple said they didn't pass the test.

The border officer wanted to see a rental agreement or mortgage documents — which the RV dwellers couldn't provide, Barkey said.

"We're being discriminated against because we live in an RV."

The couple's situation went from bad to worse when they tried to re-enter the U.S., and Barkey was denied entry.

"We were both just holding each other and crying and shaking," he said." We felt like criminals."

Forced to go their separate ways, Barkey drove the RV to a friend's farm in Grenfell, Sask., to self-isolate for 14 days.

Kolsch was stuck at the North Dakota border, homeless and alone. She said she spent about $1,000 on a taxi, hotel and then a flight two days later to California to stay with friends. 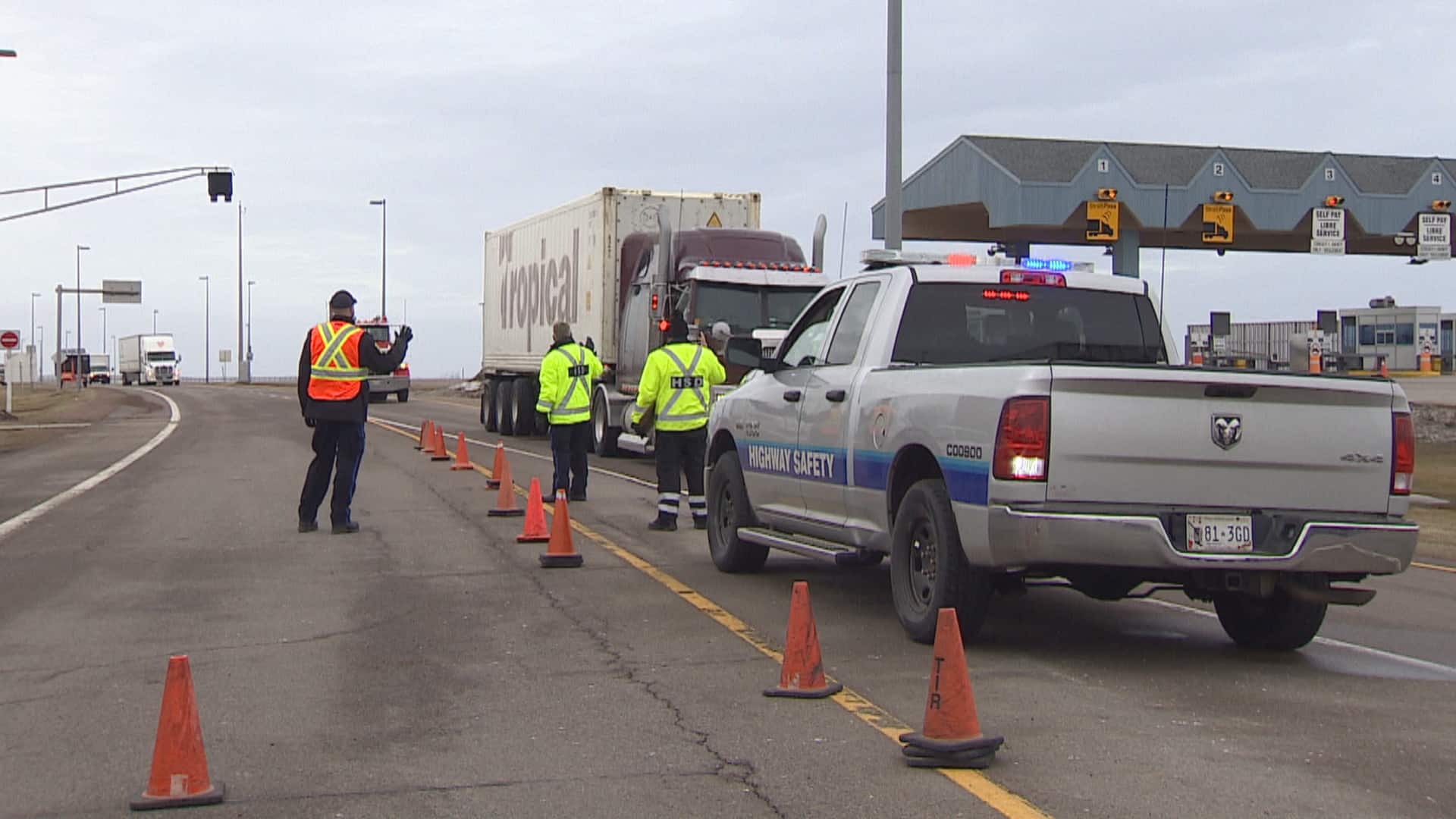 9 months ago
7:49
Atlantic Canadians should be able to travel within the four provinces sometime in early July, P.E.I. Premier Dennis King said. Globe and Mail health columnist Andre Picard says such a travel bubble is the logical conclusion to gradually lifting COVID-19 restrictions.  7:49

"We just cry every time we talk to each other," said Kolsch, who speaks with Barkey by phone multiple times a day. "This is unjust."

When asked what documents cross-border couples need to provide to prove their common-law status, CBSA couldn't provide a definitive list. Instead, the agency offered suggestions such as a common-law status certificate or documents showing a shared residential address.

No amount of documentation can help David Poon of Regina and his Irish partner, Alexandria Aquino of Dublin. The couple hasn't lived together long enough to qualify as a common-law couple.

Frustrated by their situation, Poon and Aquino founded the organization Advocacy for Family Reunification at the Canadian Border. Poon said hundreds of the group's 1,600 members are still separated from their loved ones, despite Canada loosening the rules for immediate family members.

"As the world gets more scary and more difficult, the one thing they wish is to embrace their partner," said Poon, a 34-year-old physician.

The organization has started a House of Commons petition asking the federal government to allow all committed cross-border couples to reunite in Canada.

"I do not believe the government set out to exclude us," Poon said. "I believe we have just been lost in the technicalities."

CBSA said the government understands the challenges cross-border families face during the pandemic but that the current travel restrictions are required to help stop the spread of COVID-19.

"These are unprecedented times, and the measures imposed were done so in light of potential public health risks," CBSA spokesperson Rebecca Purdy said in an email.

The Canada-U.S. land border remains closed to non-essential traffic until July 21 and that date may be extended. But Barkey and Kolsch haven't given up hope they can soon be reunited.

Barkey could fly to the U.S., as the U.S. has only closed its shared land border with Canada. But he's too afraid to try, concerned he has been flagged after being denied entry. So Kolsch is gathering more documents of their life together, hoping she can convince CBSA that she meets the requirements to join her partner in Canada.

"I should be there with him," Kolsch said. "I know we qualify as a couple."