The union representing postal workers has just rejected an offer from Canada Post. It now seems the Crown corporation will head into its busiest time of year mired in a labour dispute.

The Canadian Union of Postal Workers has rejected Canada Post's latest offer in their labour dispute as a delivery backlog weighs on consumers placing orders for packages during the busiest shopping period of the year.

On Saturday, the union representing postal workers rejected the Crown corporation's latest offer — so rotating strikes are set to continue.

The company had imposed a deadline of midnight on Saturday for the union to accept its offer. The union said the offer was not good enough to put before its workers.

Kevin Matthews, spokesperson for the union, told CBC News on Saturday the offer didn't address the issue of injured workers. He criticized what he called arbitrary deadlines set by management.

The Christmas &amp; holiday season is here - and Canadian businesses and families depend on Canada Post. We urge both sides in this labour dispute to resolve their differences quickly and reach a deal.

Prime Minister Justin Trudeau urged the two sides to work out their differences. "The Christmas & holiday season is here - and Canadian businesses and families depend on Canada Post. We urge both sides in this labour dispute to resolve their differences quickly and reach a deal," Trudeau said on Twitter after the union rejected the company's latest offer.

"It's clear they'll have to do better," the Canadian Union of Postal Workers (CUPW) said in a release Friday, as the union continued its fourth week of rotating strikes.

"A vote will take place when Canada Post presents offers that meet our demands for health and safety, gender equality and more full-time jobs," the union's national president Mike Palecek said in a separate statement.

Workload is at the heart of the dispute, because postal workers are delivering more and more packages, primarily because of internet shopping. 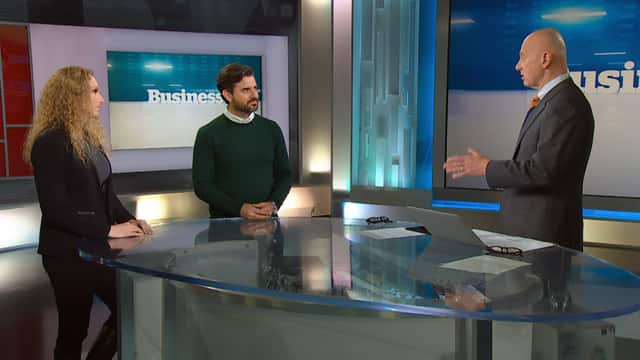 Palecek said employees are overworked right now and delivering late into the night, with some walking up to 30 kilometres a day.

Canada Post suspended delivery-time guarantees to its customers last Tuesday as it reported a 30-day delivery backlog resulting from the dispute.

The company has since asked its international partners to halt mail and parcel shipments to Canada. It said more than 600 trailers are now parked at Canada Post yards, waiting to be unloaded.

In an interview with CBC News on Friday, Canada Post spokesperson Jon Hamilton said the backlog is a record for Canada Post. He said each of the trailers contain an average of 2,500 parcels.

Decisions on how to end job actions by postal workers could come as early as Sunday, said a federal government source, who spoke on condition of anonymity, adding that "all the options include legislating."