An MBA student at the University of Calgary started YYC Console Drive, which collects and donates used Xbox and PlayStation consoles to local charities.

The pandemic has forced a lot of us to stay indoors and maybe try some baking, bingeing a Netflix show or diving into some video games for comfort.

Well, not everyone is lucky enough to have a gaming device so an MBA student at the University of Calgary decided to do something about that.

He says gaming is a stress reliever for himself during these hard times, and thought it would be a help for others amid the COVID-19 pandemic.

"Gaming allowed me to stay connected with my friends abroad, and then with the lockdowns and the prolonged isolation and financial hardship that's been going on. I realize that that's becoming a real issue, staying connected with people," he told the Calgary Eyeopener.

He says right now the gaming systems are being donated to the Alberta Children's Hospital, Wood's Homes and Between Friends. He hopes to give around 50 to kids in need.

"Whether they're extremely isolated in a hospital bed or going through financial hardship, and they don't really have much going on for them,"  he said.

"Just maybe [playing] an hour a day, or whatever is appropriate, to get some sort of joy in their life,"

Out with old, in with new

Tanhelson says after the new consoles came out, like the PlayStation 5, it got him thinking about donating used gear.

"I realized, 'Wait, there's a whole generation of consoles that might be lying around and people might be able to donate and it all kind of came together like that," he said.

He says their charity is specifically looking for video games, controllers, the console itself and all of the wiring that goes with it.

And if you have some hardware that may not work anymore, Tanhelson says they can help there too.

"Worst case scenario will be broken down for parts … donated to a local charity that repairs consoles and stuff like that," he said.

He says if you're interested in donating, their volunteers will pick up the consoles within the Calgary area and ensure zero contact.

The team also does a manufacturer reset on the console in order to clear the account.

"I also posted instructions on the website for the people who want to wipe it themselves, but if they don't feel comfortable and they trust us to do it, it's part of our quality assurance process," he said.

"We sanitize the consoles, make sure they are working and wipe out all the private information."

Right now, Tanhelson says they haven't set an end date on donations so to find out how you can help, check out their website. 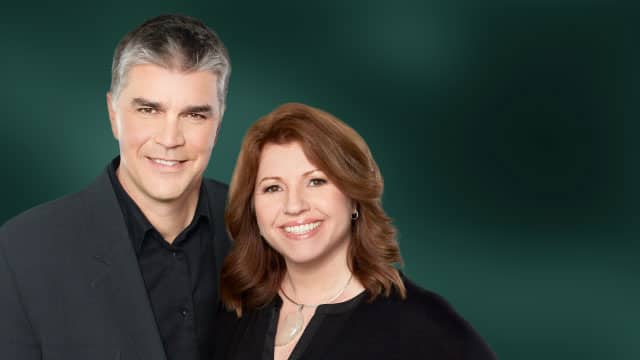 Calgary Eyeopener5:38YYC Console Drive
A local push to get gaming consoles into the hands of kids who don't have one, but could sure use one. 5:38

With files from Calgary Eyeopener.